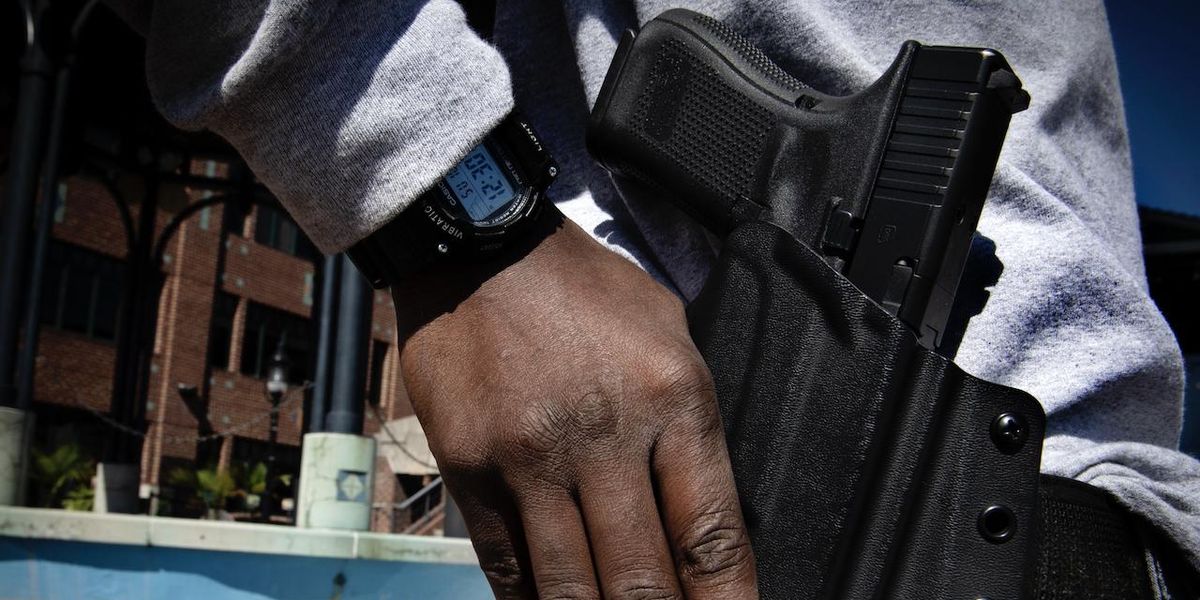 The suit — filed in U.S. District Court for the District of Columbia in September — claims D.C. not only wrongly said the plaintiffs have violent histories but also that it misjudged their criminal records, the paper noted. In addition, the suit says D.C. police have unreasonably refused licenses to those with minor criminal convictions and arrests with no convictions — and sometimes unfairly used their involvement in violent incidents against them, the Post said.

D.C. security guard Sanu Millard, 24, tried to get a concealed-carry license from D.C. police in 2019, but his request was denied, the paper said.

Millard carried guns at work in the District, Maryland, and Virginia, the Post reported, adding that he’d been trained in gun safety as a teenager and had legally registered two weapons.

Despite having no criminal record and never having been arrested, police said his involvement in domestic violence incidents disqualified him, the paper said.

Thing is, Millard told the Post he and his mother were victims in those incidents.

More from the paper:

The litigation comes in the wake of a major Supreme Court decision this year that found Americans have a right to carry guns outside the home — a ruling that has proved challenging for some cities as they try to manage increasing gun violence.

“I have a clean background,” he told the Post. “I’m not willing to break the law. … I’m a victim because of gun-control laws.”

The paper said a D.C. police spokesperson referred questions to the D.C. attorney general’s office, adding that a spokeswoman there declined to comment on the litigation.

What about the other plaintiffs?

The suit also says another man was denied a concealed-carry license because he fired a gun in self-defense in 2019 but was never charged, the Post reported. In a 2020 incident, the man was charged with assault with a deadly weapon and carrying a pistol without a license, but the paper — citing the suit — said the assault charge was dropped, and then the case was dismissed and his plea withdrawn after the man pleaded guilty to a lesser weapons charge and completed community service.

Though he has not been convicted of a crime, D.C. police won’t issue him a concealed-carry license, the Post said, citing the suit.

The suit adds that another man had repeated involvement in violent incidents and contacts with law enforcement, the paper reported. In 2017, he witnessed a threatened shooting, the Post said, citing the suit. In 2020, he took a shooting victim to a hospital; in 2021, he was arrested in two incidents and charged with assaulting a police officer and possession with intent to distribute marijuana while armed, the paper said, citing the suit.

But the Post said all those charges were dropped. Yet though he was never charged with a crime by a prosecutor and already had a concealed-carry license, the suit says his license was revoked, the Post added.

As for Millard, the paper said police maintained that his involvement in domestic incidents makes him unsuitable for a license — yet there’s no indication Millard instigated those incidents.

The suit says the boyfriend of Millard’s mother pushed him and bloodied his lip in one incident — and in another told police Millard had “mental health issues,” the Post reported.

Millard — who was never arrested or charged with a crime — told the paper, “They didn’t even put handcuffs on me.”

Millard said D.C. gun regulations have left him defenseless on city streets. Armed security guards who can’t take their weapons home might be targeted when they clock out, he said.

D.C. policy just doesn’t make sense when he can carry a weapon at work, Millard said. On a sunny fall Sunday, he stood near the water taxi landing on Old Town Alexandria’s waterfront in Virginia, his Glock 19 in a holster strapped to his waist. This was perfectly legal, and no one seemed to notice.

“It’s only dangerous when I’m not there,” he told the paper.

Joseph Scrofano, one of Millard’s attorneys, told the Post that the “existing process gives the chief [of police] unfettered discretion to pick and choose who gets to carry and … disproportionately disqualify African-American men.”

Who will be Disney’s next CEO? Here are the top contenders to succeed Bob Iger
Delta pilots would get more than 30% in pay raises under new contract deal
Elon Musk Says Twitter ‘Interfered In Elections’
Nets Ignore Twitter Files As NBC Blames Musk For Hate Speech
His race was ‘an albatross around his neck’: Former city employee sues Seattle and its mayor over CRT-based anti-white discrimination