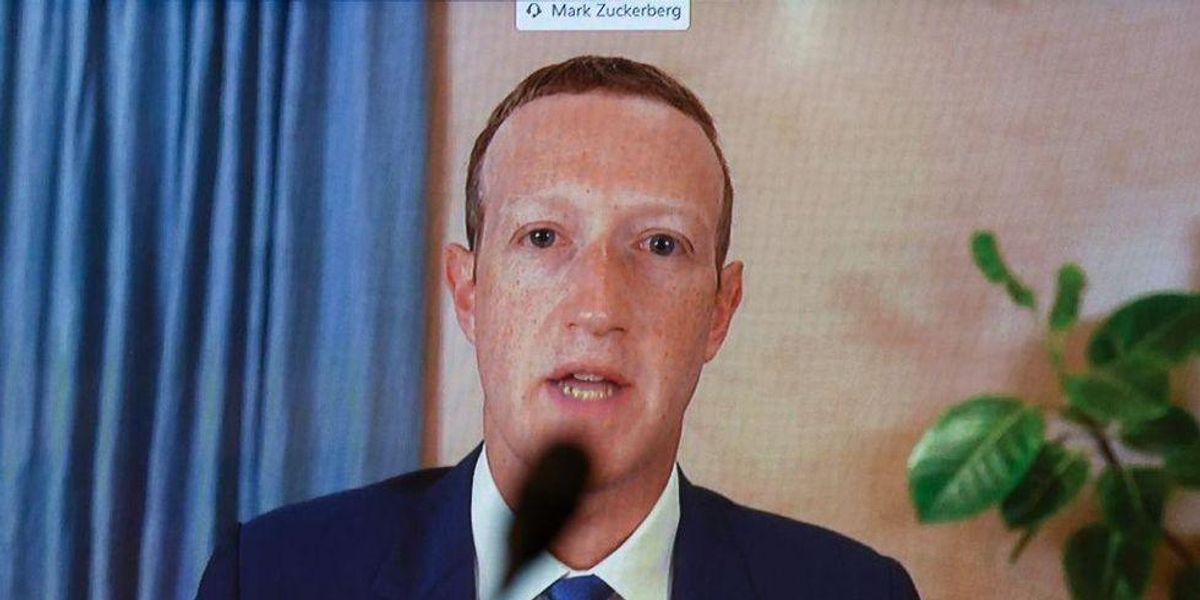 A new, explosive report from the Intercept indicates that, in recent years, federal agents, especially those in the Department of Homeland Security, have closely coordinated with Big Tech firms to police online speech and to censor what they deem to be “misinformation, disinformation, and malinformation.” The report indicates that this federal regulation of online content may have even affected the outcome of the 2020 election.

In their co-authored piece, Ken Klippenstein and Lee Fang analyze “[y]ears of internal DHS memos, emails, and documents” to determine the extent to which federal agencies have pressured social media companies to censor information and speech which may reflect poorly on the U.S. government.

Their conclusions are startling. According to DHS meeting minutes from last March regarding the FBI’s Foreign Influence Task Force, established to investigate whether Russian influence had interfered with the 2016 presidential election, 80 task force members have been assigned to combat “subversive data utilized to drive a wedge between the populace and the government.”

The report further indicates that many DHS officials have exerted more and more pressure on social media companies in order to control online content.

“Platforms have got to get comfortable with gov’t,” former DHS official and current Microsoft executive Matt Masterson texted to Jen Easterly, a DHS director, in February. “It’s really interesting how hesitant they remain.”

The main concern of these federal agents is curtailing misinformation, disinformation, and malinformation. In January 2021, a “Misinformation, Disinformation and Malinformation” team was even added to the Cybersecurity and Infrastructure Security Agency, itself a subagency of the DHS established during the Trump administration.

However, despite claims that these federal agencies are merely protecting Americans from foreign and domestic terrorists who have been radicalized by “misinformation,” many on the right and left have criticized some of these investigations as, in Klippenstein and Fang’s words, “politically motivated” and as “an end run around the First Amendment.”

“There is growing evidence that the legislative and executive branch officials are using social media companies to engage in censorship by surrogate,” said Jonathan Turley, a professor of law at George Washington University.

“No matter your political allegiances,” added Adam Goldstein, the vice president of research at the Foundation for Individual Rights and Expression, “all of us have good reason to be concerned about government efforts to pressure private social media platforms into reaching the government’s preferred decisions about what content we can see online.”

To illustrate the severity of this alleged coordinated effort between federal agencies and Big Tech firms, Klippenstein and Fang point to the Hunter Biden laptop story, first broken by the New York Post in October 2020. After 50 current and former intelligence officials erroneously claimed the story had “all of the classic earmarks” of Russian disinformation, many Big Tech platforms censored posts and users who attempted to share it.

On a recent appearance on Joe Rogan’s podcast, Meta CEO Mark Zuckerberg confirmed that the FBI had contacted Facebook in fall 2020 and warned that “some kind of dump” of Russian disinformation was likely to occur, and Facebook officials determined that the laptop story “fit that pattern.” As a result, Facebook strictly limited sharing the story, and Twitter banned links to the story and even temporarily suspended the verified NYP account because it refused to retract the story. Zuckerberg and former Twitter CEO Jack Dorsey have both since admitted that the story should not have been censored.

Klippenstein and Fang also alleged that representatives from Twitter, Facebook, Reddit, Discord, Wikipedia, Microsoft, LinkedIn, Verizon Media, and other companies met “monthly” with the FBI, CISA, and other federal agents in 2020 to discuss means of handling online “disinformation.”

Because of the danger of too much coordination between federal agencies and social media platforms, several Republicans have taken significant action. In fact, many of the primary resources Klippenstein and Fang used to support their report stem from a lawsuit filed by Missouri Attorney General Eric Schmitt, who is currently running for U.S. Senate. The lawsuit contends that both federal agents and Big Tech firms have engaged in “open collusion” to censor stories, especially those regarding COVID, vaccines, and elections.

A draft of DHS’s Quadrennial Homeland Security Review indicated that the DHS also intended to root out “inaccurate information” about, among other topics, the “U.S. withdrawal from Afghanistan,” an issue that Republicans have vowed to investigate, should they retake control of Congress after the midterms.

Though censorship may seem to have increased since President Joe Biden assumed office, Klippenstein and Fang noted that federal agencies have been pressuring social media companies for years, in both the Trump and Biden administrations, and indicated that the pressure will continue without further intervention.

“There are no specific legal constraints on the FBI’s use of social media,” said Faiza Patel, senior director of the Brennan Center for Justice’s liberty and national security program. “The attorney general guidelines permit agents to look at social media before there is any investigation at all. So it’s kind of a Wild West out there.”

According to Klippenstein and Fang, DHS and Meta did not respond to requests for comment on the story, and the FBI refused to comment. A Twitter spokesperson said in a statement: “We do not coordinate with other entities when making content moderation decisions, and we independently evaluate content in line with the Twitter Rules.”