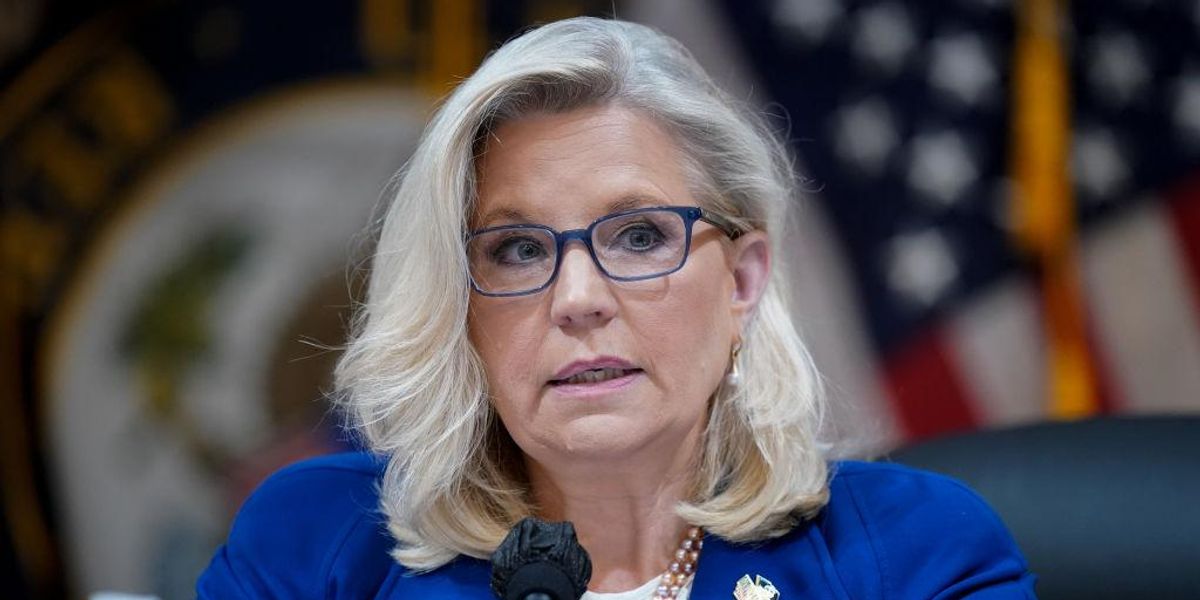 An ad from the Cheney-sponsored PAC, the Great Task, features Cheney saying, “I don’t know that I have ever voted for a Democrat. But if I lived in Arizona, I absolutely would.” Cheney claimed that GOP Arizona state Rep. Mark Finchem, who is running for Arizona secretary of state, and Lake have each “said that they will only honor the results of an election if they agree with it.” Cheney says, “If you care about the survival of our republic, we cannot give people power who will not honor elections.”

Politico reported that the Great Task indicated that it will shell out $500,000 to run the ad on broadcast, online, and streaming platforms.

But while the ad is meant to steer people away from backing Lake, the candidate claimed that it is actually boosting her campaign.

“Thank you for your generous in-kind contribution to my campaign,” Lake declared in a message directed toward Cheney. “Your recent television ad urging Arizonans not to vote for me is doing just the opposite. Our campaign donations are skyrocketing and our website nearly crashed from traffic as people rushed to learn more about my plan to put Arizona First and join our historic political movement.”

“Thank you again for the huge boost to our campaign! Enjoy your forced retirement from politics. I know America will rest easier knowing that one more warmonger is out of office,” the note read.

Cheney is a pariah in the GOP who was ousted last year from her role as House Republican Conference chair.

She has even endorsed Democratic Rep. Elissa Slotkin of Michigan.

“The Great Task is a multi-candidate PAC sponsored by Congresswoman Liz Cheney that is focused on reverence for the rule of law, respect for our Constitution, and a recognition that all citizens have a responsibility to put their duty to the country above partisanship,” according to the PAC’s website. “The Great Task is designed to educate and mobilize Americans in a unified effort to ensure that our Republic endures.”

Amid Rise in Number of Gender-Confused Children in Maryland Schools, Parents Need Bill of Rights
Nike and Kyrie Irving split up after antisemitism controversy
Will Republicans Ever Stand Up to Democrats’ Government ‘Shutdown’ Scare Tactics? Probably Not.
Elementary school principal commits suicide at Disneyland after being charged with child endangerment and battery
‘NO PARA MÍ’: Promoción de Univisión para Chevy Bolt explota sola