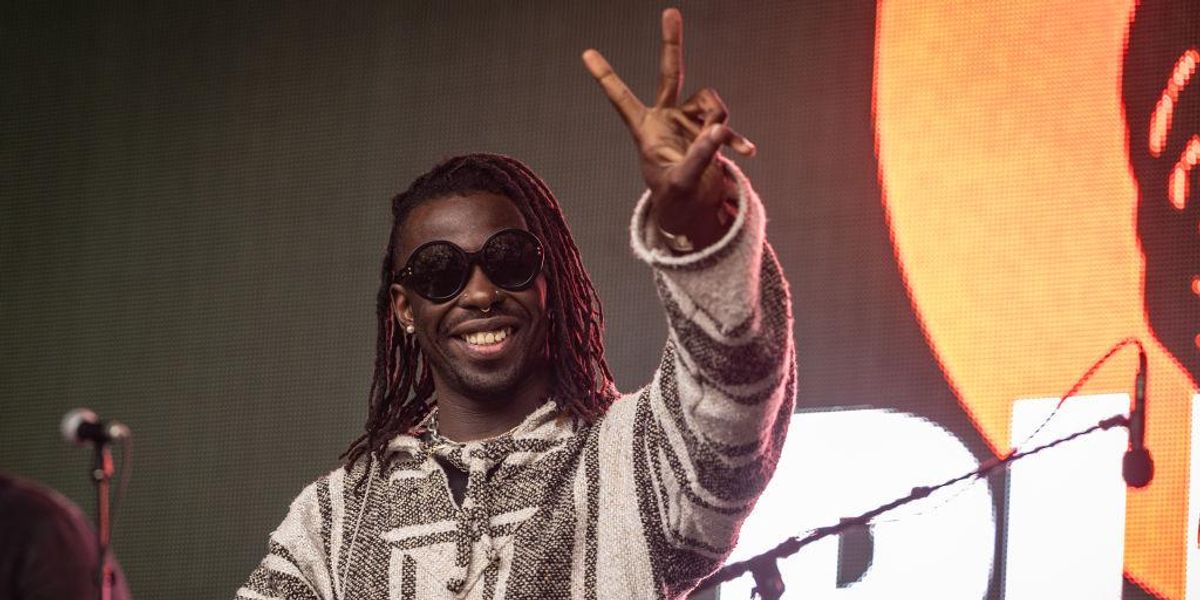 The 2022 World Series between the Philadelphia Phillies and the Houston Astros got off to an inauspicious start for the home team when the Grammy-nominated singer who had been designated to perform the pre-game national anthem figuratively dropped the ball.

On Friday night, Eric Burton, a 33-year-old Texas native and the founding member of The Black Pumas, took the field at Minute Maid Park to regale the players, the Houston crowd, and the national audience with a rendition of “The Star-Spangled Banner.” Despite obvious vocal talent, Burton, who was last seen on the national stage at President Joe Biden’s inauguration, made several noticeable errors that left some on social media scratching their heads.

Either that slight mix-up threw him off his game or else his mind went blank because, shortly thereafter, he missed the line “O’er the ramparts we watch’d were so gallantly streaming?” entirely and instead gave an off-key repeat of the erroneous line “What so proudly we hail’d at the twilight’s last streaming.”

After that, Burton seemed to get his vocal and lyrical footing. He finished the song without any further mishaps, and the crowd rewarded his strong second half — and perhaps his Texas roots — with thunderous applause.

However, those on social media were not necessarily so forgiving.

“Dude just sang the National Anthem in four different keys, with three different tempos, and rearranged half the words,” tweeted one user.

“Eric burton is a 6 time Grammy nominee… there’s a reason he’s only a nominee what a horrible performance,” quipped another.

An account user named Michael Ball offered Burton and all national anthem performers everywhere some sound advice: “Someone tell Eric Burton to learn the lyrics to the National Anthem before you sing it before game 1 of the #WorldSeries.”

Burton’s error may have foreshadowed the wild, frustrating finish for the Astros. Though they jumped out to an early 5-run lead, the Phillies had tied up the score by the top of the fifth. Then, Phillies’ catcher J.T. Realmuto, who had 2 RBIs earlier in the game, crushed a solo homerun in the top of the 10th that the Astros could not match in their last at-bat.