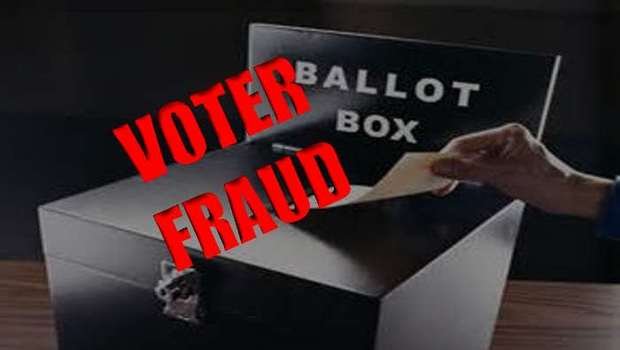 Voting has long been one of the privileges of American citizenship, but perhaps not for much longer. Left-wing activists are going all-in with their demands to let noncitizens vote, and Washington, D.C., just took up the charge.

The D.C. City Council advanced a bill to let anyone vote in local elections, regardless of citizenship and immigration status, as long as they live in the city for just 30 days.

The measure is so extreme, even the reliably liberal Washington Post editorial board called it “radical.”

If Washington, D.C., Mayor Muriel Bowser signs the Local Resident Voting Rights Amendment Act of 2022, an estimated 50,000 noncitizen residents — including those here illegally — would be free to cast ballots in local elections.

But that’s not all. As the Post pointed out, there is nothing in the measure “to prevent employees at embassies of governments that are openly hostile to the United States from casting ballots. Or foreign students who are studying abroad in Washington for a semester.” There you have it: our nation’s capital is ready to hand ballots to people working against our nation’s interests.

Why is the district taking this reckless step? Pure politics.

The Left is looking for ways to shift the country’s politics by fundamentally changing who can vote. Even the Post concedes that “progressives hope that reshaping the electorate will allow them to reshape local politics, prodding [D.C.] further to the left on issues such as rent control and spending on social programs.”

D.C. is hardly the only place where the left has realized the power that can be gained by changing the electorate. Under the euphemistic tag line of “expanding democracy,” left-wing activists across the country are working to hand the vote to imprisoned felons, children and noncitizens — all groups they calculate are more likely to be liberal. After all, why let the people choose their government when you can have the government choose its people?

And there are plenty to choose from. Consider that over 5 million illegal immigrants have entered the United States in just the two years since President Joe Biden was elected. Enfranchising them in local races creates a powerful perverse incentivize for politicians to excuse, or even demand, an ongoing humanitarian crisis on the border so long as it feeds a steady stream of transient voters willing to back a far-left agenda.

When the left is accused of backing open borders for the prospect of new voters, they of course retort that it is illegal for any noncitizen to vote in federal elections. True enough, but races for Congress or the White House are hardly the only ones that matter.

Americans have seen first hand the great damage that can be done when the woke left captures school boards and town councils. As the old saying goes, all politics is local.

At least 15 municipalities nationally have enfranchised noncitizens to vote in local races, including major cities like San Francisco and New York. The Big Apple’s law is virtually identical to Washington’s pending measure: anyone in the city for 30 days can vote, including illegal aliens.

That measure was challenged in court, and earlier this year a New York Supreme Court judge struck it down for violating the state constitution. Had it gone into effect, 800,000 noncitizens would have been handed the vote in New York City.

Unlike those other cities, however, Washington is a federal district answerable directly to Congress. Under the Constitution and the D.C. Home Rule Act, Congress can block bills passed and cleared by the City Council and mayor.

The question is, will it?

Conservative lawmakers in the House have denounced the measure, while Sen. Tom Cotton (R-Ark.) has already pledged a resolution to overturn it. “Allowing illegal immigrants to vote is an insult to every voter in America,” he said. “Every single Democrat should be on the record about whether they support this insane policy.”

Absolutely. The American people deserve to know where their leaders stand on an issue this important. For two years, Democrats in Congress preached about the need to “save democracy.”

Now, with the nation’s capital city preparing to hand the vote to illegal aliens and foreign operatives, will they stand up for fair and honest elections? Or will they look the other way while progressives erode the foundations of our republic?

As long as Democrats control Congress, expect the latter, even though polling shows that only 9% of Americans think noncitizens should be able to vote.

Perhaps there is a silver lining, though. Washington, D.C., is showing the modern left’s true colors. The left believes that democracy belongs to them. The rest of just live in it.