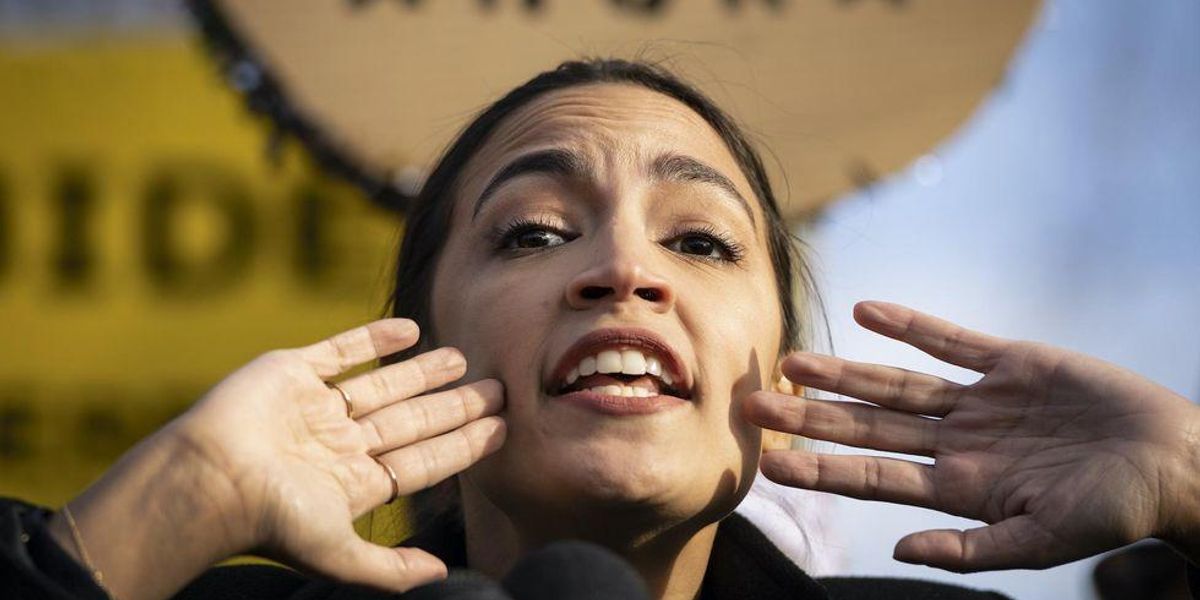 The contradictory claims were made by Ocasio-Cortez on the popular liberal podcast, “Pod Save America,” hosted by three former Obama administration aides.

“I can at least say with Latino voters, we’ve never tried as a party. The Democratic Party has not tried in terms of Latino electorates,” she said, according to The Hill.

“We really need to step up both in our efforts on campaign, but also in our efforts in governance,” she added. “And I mean, where’s our DREAM Act? Where is our immigration reform?”

However, Ocasio-Cortez went on to say that Republicans are better at messaging their anti-immigration narrative.

“It’s tough because on the other side they have no qualms. They have no qualms about having an anti-immigrant message,” Ocasio-Cortez claimed. “But I think we get scared of that and that segmentation prevents a clear message and that lack of clarity makes it hard to win people over.”

None of the podcast hosts asked Ocasio-Cortez to square her contention that pro-immigration Latinos were leaving the Democrats and joining the the ranks of the Republican Party with her claims that the party is anti-immigrant.

She went on to denounce Democratic President Joe Biden for his order to pardon federal convictions of marijuana possession because it excluded illegal aliens.

“We’re looking at the overwhelming majority of people who have been convicted that would have benefited from that pardon have status, they have status complications,” she added.

Contrary to Ocasio-Cortez’s claims, an MSNBC report about Hispanics abandoning Democrats for the Republican Party found that many were angry about socialism and gender narratives being introduced into schools. The report also found that many Hispanics were motivated by their opposition to critical race theory and coronavirus restrictions.

Here’s more about the Latino conundrum:

There’s No Excuse for GOP Supporting the Disrespect for Marriage Act
What I Learned in My Time With Chairman Bernanke
Family of Harry Dunn ‘horrified’ US driver who killed him will not attend sentencing
REPORT: Top Aide To John Fetterman Is Outspoken Court-Packing Activist
MSNBC Guest: Tucker Having Gays Against Groomers as Guest Is Dangerous