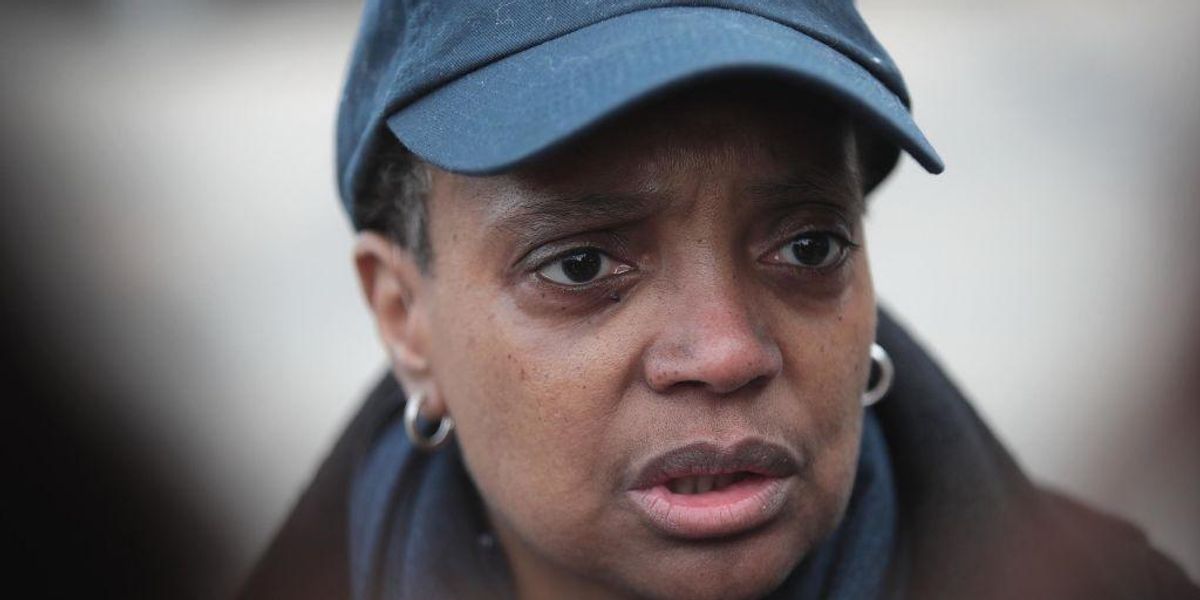 On Wednesday, Chicago Mayor Lori Lightfoot (D) introduced an ordinance that would give the mayor’s office an annual inflation raise capped at 5%, Fox News Digital reported.

The proposed ordinance would authorize Lightfoot to increase her salary every year by up to 5% with a stipulation that allows her to opt out of the raise.

The Chicago mayor has been slammed repeatedly for the city’s out-of-control crime rates. Most recently, Lightfoot came under fire for putting more attention on posting tone-deaf dancing videos on social media than focusing on making Chicago a safer place for residents.

The city has experienced a 37% increase in violent crime compared to 2021, Fox News reported.

Compared to the same period last year, motor vehicle thefts are up 83%, theft is up 60%, burglary is up 21%, and robbery is up 17%, according to statistics collected by the Chicago Police Department.

The Chicago Police Department reported that murder is down 17% compared to last year.

The rising crime rates are likely to blame for multiple corporations deciding to leave Chicago. Within the past year, Tyson Foods, Boeing, Caterpillar, Citadel, and United Airlines announced plans to relocate elsewhere.

In a September speech, McDonald’s CEO Chris Kempczinski stated that the city is in “crisis.”

“There is a general sense out there that our city is in crisis,” Kempczinski said. “The fact is that there are fewer large companies headquartered in Chicago this year than last year. There are fewer this month than last month … truth is, it’s more difficult for me to recruit a new employee to McDonald’s to join us in Chicago than it was in the past.”

Lightfoot attempted to defend her annual pay raise by explaining that the increase would be comparable to Chicago aldermen.

“To be clear, the ordinance that was introduced today would put the mayor, the city treasurer and the clerk in line with [aldermen] regarding a cost-of-living increase,” Lightfoot said. “It’s not a salary increase.”

The mayor currently makes substantially more than the highest-paid city alderman, who will be paid a $142,780 salary next year, according to KATV. Aldermen are already mandated to receive a yearly consumer price index pay increase.

“I think there’s conversation around some of the other citywide elected officials. You’re aware that the mayor’s compensation hasn’t been changed in, I think, almost 20 years,” Lightfoot said during a press conference last month, the Chicago Tribune reported. “But that’s not really what I’m focused on. I’m focused on making sure that we do the work of the people of the city every single day.”

Mayor Lightfoot’s office did not immediately respond to a request for comment, reported Fox News Digital.