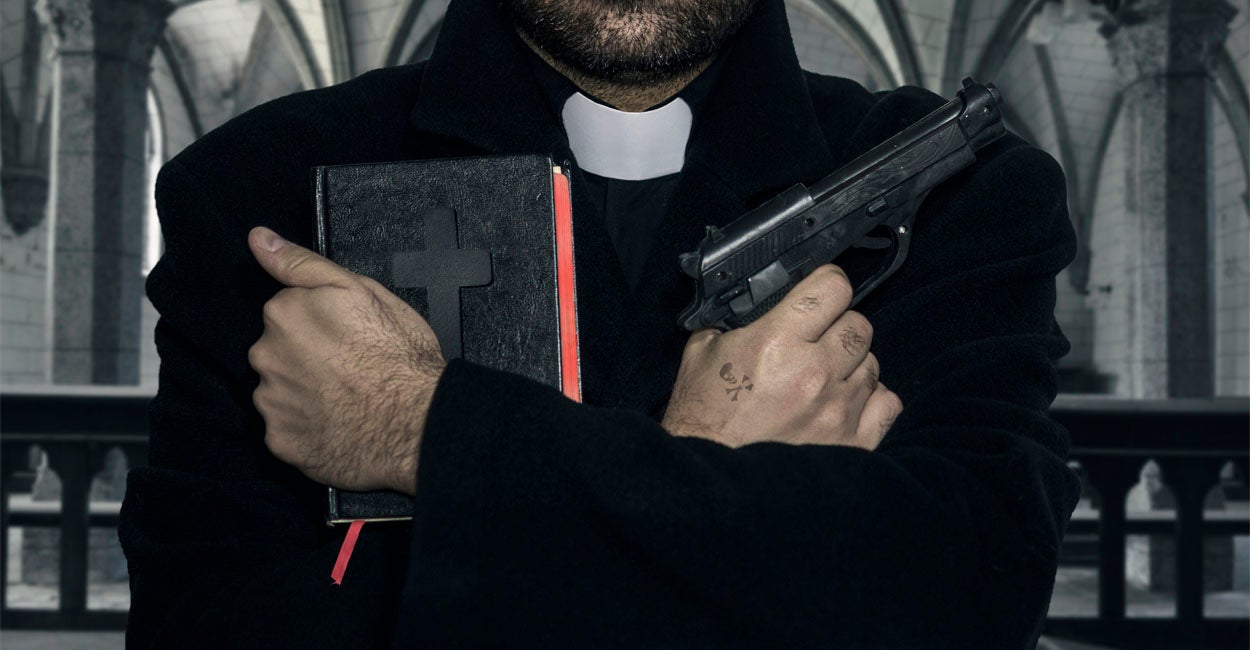 A federal judge last week stopped New York state officials from enforcing the part of a new gun law that bans firearms from places of worship, at least temporarily.

The Oct. 20 ruling is a small but important Second Amendment victory for New Yorkers and advocates of self-defense in a state that largely has been hostile to guns under Democrat lawmakers’ policies.

Two church leaders, the Rev. Dr. Jimmie Hardaway Jr. and Bishop Larry A. Boyd, sued the state Oct. 13, arguing that it’s unconstitutional to prohibit guns in churches and other houses of worship.

In their lawsuit, Hardaway and Boyd say they “wish to exercise their fundamental, individual right to bear arms in public for self-defense by carrying concealed firearms on church property in case of confrontation to both themselves and their congregants.”

The men claim that, as “leaders of their churches,” they “would be authorized to carry [a firearm] on church premises to keep the peace, and would do so, but for [state officials’] enforcement of the unconstitutional laws, regulations, policies, practices, and customs at issue in this case.”

Sinatra said that excluding guns from places of worship is “inconsistent with the nation’s historical traditions, impermissibly infringing on the right to keep and bear arms in public for self-defense.”

Particularly compelling was Sinatra’s acknowledgement that the two clergymen want to bear arms to protect a place of worship that also can be a “soft target,” where criminal activity may be more likely because congregants are unarmed, unsuspecting, and more vulnerable.

“The right to self-defense is no less important and no less recognized at these places,” Sinatra wrote.

The judge’s concern for additional soft targets is important, especially in light of mass shootings at schools:

In particular, places of worship or religious observation are unsecured, spiritual places that members of the public frequent as often as daily as part of day-to-day life, and encounter vast numbers of other people there—as they do anywhere in public.

The state’s argument that places of worship are analogous because the exclusion supposedly also minimizes the chance of violence between those with opposing views is undeveloped and, in any event, belies the non-confrontational purpose drawing people to houses of worship in the first place. The argument would apply nearly everywhere in public.

Multiple church shootings have occurred over the past few years. Examples of effective defensive use of a firearm also exist, such as in the shootings at Colorado Springs New Life Church,  Antioch Burnette Chapel Church of Christ in Tennessee, and West Freeway Church in White Settlement, Texas.

The Texas shooting was captured by the church’s livestream system, which showed just how effective a trained marksman can be in keeping others safe. Not only did a church security guard immediately draw his weapon and neutralize the shooter upon spotting the threat, but the video reveals that other church members also were drawing their firearms.

Gun owners have been warring with New York officials over the state’s strict new statutes on concealed carry permits, which, as of Sept. 1, made obtaining a license more difficult and prohibited firearms in a long list of places, including churches, schools, public parks, and wherever alcohol is served. Law enforcement is the only class permitted to have weapons in those places.

New York lawmakers passed the bills and Gov. Kathy Hochul, a Democrat, signed the bills into law after the U.S. Supreme Court in June threw out the state’s 100-year-old concealed carry laws. Anyone who receives a new permit after Sept. 1 must undergo 15 hours of in-person training.

Litigation will continue, but the two clergymen who challenged the unconstitutional law should be applauded for this temporary victory.

New Yorkers anywhere in the state, but particularly those who frequent “soft targets” such as churches and schools, should not be left without their constitutional right to defend themselves. Especially not because of the overreach of policies set in place by local Democrat politicians that contradict Supreme Court precedent.