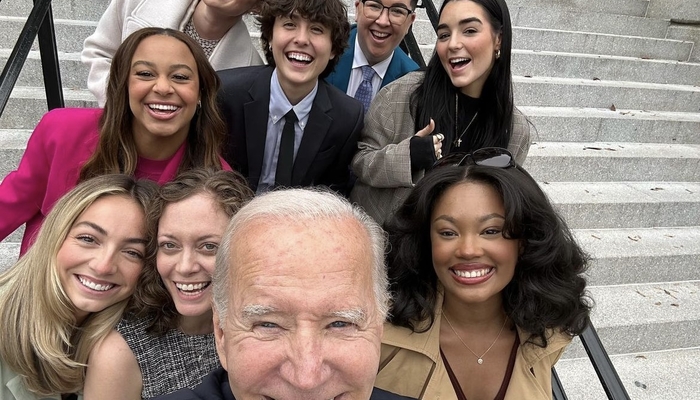 President Joe Biden and his accomplices, aka his administration, invited eight young social media influencers to push for the COVID-19 vaccine and urge young voters to vote in favor of Democrats. All of the influencers dedicated photos, videos and shares on their social media pages to praise the POTUS and the left in general.

The stars collectively have more than 67 million followers across their TikTok platforms alone. Their main audience is young people which was why Biden used them to help sway young people’s votes.

Supposedly the Democratic National Committee coordinated the event and paid for the young star’s trip and, as The Washington Post pointed out this “was the most visible effort to date of Democrats attempting to leverage TikTok’s vast audience to influence the midterms.”

I dove into each guest’s social media and found the overwhelming theme to be unfaltering approval and praise for Biden and his team.

They posted images on Instagram and videos on TikTok including a selfie with Biden, a candid shot of the themselves “creating content” of Surgeon General, Dr. Vivek Murthy, shaking hands with Dr. Anthony Fauci, comforting one another while getting their own COVID-19 vaccines, as well as meeting with former president Barack Obama in his D.C. office.

Here’s some of their rather cringe posts. The Biden administration is using the media influence of these young stars to try to appeal to young people by making it seem “trendy” to get a vaccine or vote one particular way.

I mean look at the image that said how the influencers came to “show young people that all the cool kids get vaccinated.”

This is all just propaganda and a sick way of swaying the vote of young people.

Vivek Ramaswamy Rips Centralized Digital Currency as ‘Cancer’ Symptom of ‘New World Order’
It Is Time to End the COVID-19 Vaccine Mandates
Birds of a Feather
Don Lemon Goes Soft on Antisemitism: ‘Whether You Agree With Kyrie Irving Or Not…’
Woman traveled 3,000 miles to meet online boyfriend, then is gruesomely murdered, decapitated, and has her organs harvested