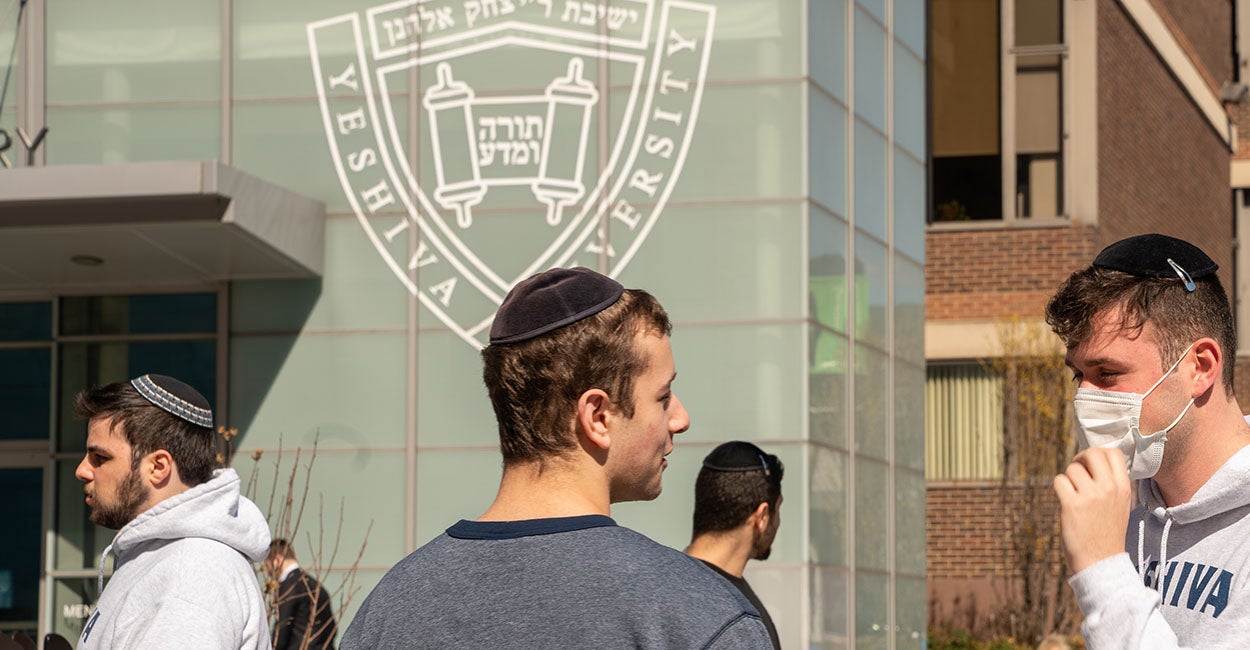 An Orthodox Jewish school at the forefront of the battle for religious freedom has presented an interesting compromise: Rather than endorse the LGBT student club that is currently suing the school for recognition, it will launch its own club that it says will help LGBT students while obeying the Law of Moses.

Yeshiva University announced Monday that it has established “the Kol Yisrael Areivim club for LGBTQ students striving to live authentic Torah lives.” The announcement came just over a month after the Supreme Court rejected the university’s request to block a non-final New York trial court order forcing it to recognize YU Pride Alliance, an LGBT student group that promotes activities that conflict with Torah values, according to the university.

The New York Appellate Division later agreed to rehear the denial of Yeshiva’s request to block the order, and the Pride Alliance agreed to let Yeshiva’s rejection stand for the duration of the litigation.

“We are eager to support and facilitate the religious growth and personal life journeys of all of our students to lead authentic Torah lives, and we hope that this Torah-based initiative with a new student club tailored to Yeshiva’s undergraduate LGBTQ students will provide them with meaningful support to do so,” Rabbi Ari Berman, president of Yeshiva University, said in a statement.

“We love all of our students, including those who identify as LGBTQ,” the university wrote in a frequently asked questions document explaining the new club. “Through our deep personal relationships and conversations with them, we have felt their struggles to fit into an orthodox world that could appear to them as not having a place for them. We recognize the inherent challenges of our LGBTQ students who are fully committed to live uncompromising halachic lives. Their struggles are our struggles, and we remain eager to support and facilitate their religious growth and personal life journeys.” The term halachic refers to Jewish law.

The university described the Pride Alliance as “a recognized movement in colleges throughout the country that not only fights anti-LGBTQ discrimination, a cause which we fully support, but also promotes activities that conflict with Torah laws and values.” Yeshiva University did not provide further language clarifying what it means by such “activities,” but it appears the term refers to homosexual activity and expressions of transgender identity, which the Torah forbids (Lev. 18:22, Deut. 22:5).

“While an adoption of this national brand is inherently unacceptable in the context of Yeshiva, we also realize the need to find additional ways to be supportive of our students that are consistent with halacha … and inspired by our values,” the university added. “That is what we have done with the approval of this new student club. It is worth noting that this approach is in line with other devout, faith-based universities nationwide, who similarly do not host Pride Alliances, but have established clubs consistent with their own faith-based languages and traditions.”

In addition to the new club, the university also announced that it would enhance “on-campus support for its LGBTQ students.” Yeshiva University will launch new efforts, in addition to the efforts it currently has underetaken, which will include “sensitivity training for faculty and staff”; “strict anti-harassment, anti-bullying and anti-discrimination policies”; and “an ongoing LGBTQ support group.”

Yeshiva University, America’s oldest Jewish institution of higher education, has operated by Jewish law for 135 years, but New York County Supreme Court Judge Lynn Kotler ruled that the school did not qualify as a religious corporation under state law.

The case represents an important test for religious freedom. Does a Jewish university have the right to apply its values in its operations, or must it kowtow to the demands of LGBT activists and New York’s public accommodations laws? If religious institutions like Yeshiva wish to welcome all students, but also to follow their religious convictions against endorsing homosexual activity and transgender identities, must they forgo public funds and move to states with more favorable laws?

Conservative Christians often use the phrase “love the sinner, hate the sin.” This phrase expresses the heart of what Yeshiva University aims to prove with this new student group: The college will accept all students who struggle with homosexual orientation and gender dysphoria, without endorsing homosexual activity or transgender identity. Many Jewish students may feel same-sex attraction and may feel like they are women trapped in male bodies (or vice versa), but in keeping with Yeshiva’s Torah values, they refuse to act on those feelings.

Yeshiva will have to work hard to preserve the distinction between its new club and the activities the school refuses to endorse. It will need to be clear on the nature of those activities and on the limit of the support it is willing to give LGBTQ students. The future of religious freedom in America may depend on it.