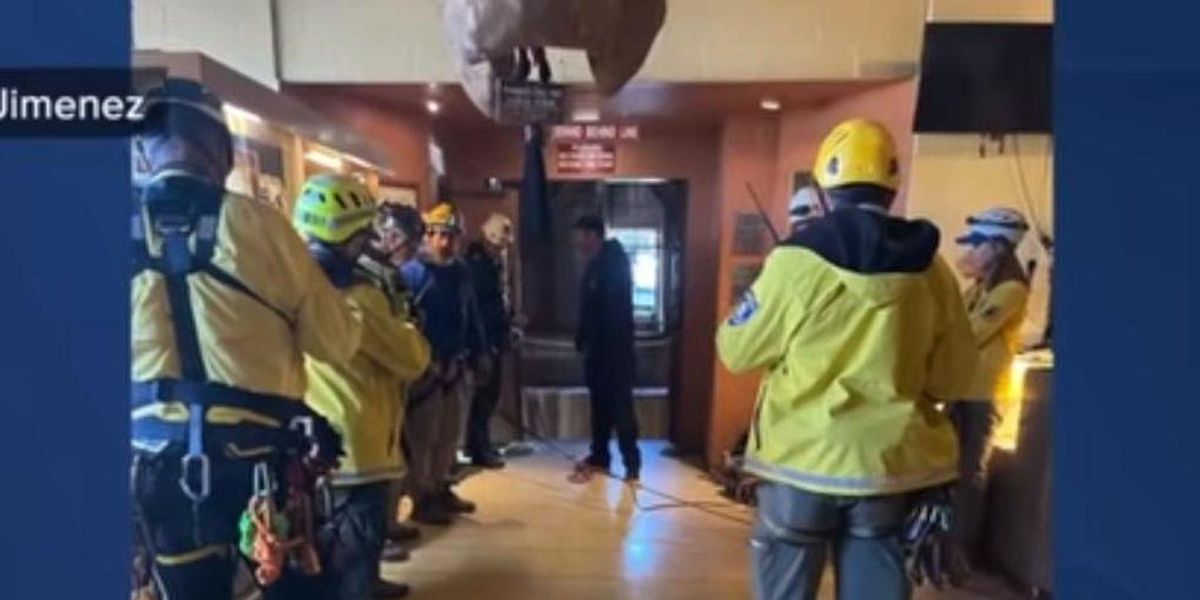 Five tourists, trapped 200 feet below ground in the Grand Canyon Caverns after an elevator malfunctioned, have now finally been brought back to the surface.

On Sunday afternoon, a family of eight touring the Grand Canyon Caverns, the “largest dry caverns in the U.S.A.,” became trapped when the elevator, which transports people from the surface to the Caverns below, malfunctioned. While three members of the group were able to negotiate the 21 flights of stairs available to ascend to the earth’s surface, five people — including an infant and toddler — remained behind, either because they could not risk the arduous trek or they chose to stay back with loved ones.

The incident was frightening for everyone involved, and one woman, identified only as Felicia, even ran out of diapers and formula for her babies, which made the situation all the more urgent.

“We have a search and rescue team standing by as well as a hoisting apparatus to lift people out if the repairs take longer than expected or if people are not comfortable staying down there,” Coconino County Sheriff’s Office spokesman Jon Paxton said on Monday.

By late Monday evening though, all the trapped tourists had been rescued one at a time using the “hoisting apparatus.” Each individual rescue took about 25 minutes.

“All subjects were safely removed at approximately 7:30 p.m. last night and were all in good condition,” Paxton reported Tuesday morning.

The elevator malfunction is believed to have been mechanical.

Despite the scary, unexpected circumstances, the five trapped below did have some accommodations. A nearby restaurant furnished the people with food, and one of the caverns offers a small, motel-like space designed for overnight stays.

However, the family insisted they will never venture into the Caverns again because there are few means of escape for those with medical or physical limitations.

“You have nothing for somebody in a wheelchair [to use] to get out,” Felicia said.

The Grand Canyon Caverns are not actually affiliated with the Grand Canyon itself. In fact, they are located about two hours west of the entrance to Grand Canyon National Park. However, they are a popular tourist destination in their own right, featuring a Route 66-like motel, an RV park, and several cavern touring options.