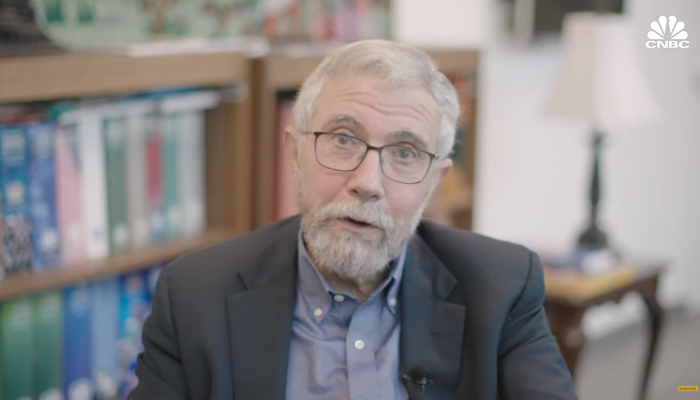 Elitist New York Times economics columnist Paul Krugman whined that high gas prices could doom Democratic Party chances in the midterms, just 15 days away. So much for Americans struggling to make ends meet as long as the correct party’s in power, right Krugman? “Will the price of gasoline — a price that has very little to do with which party controls the government — nonetheless determine the outcome of the midterm elections, and quite possibly the fate of American democracy,” Krugman asked in an Oct. 20 op-ed. “I wish that were a silly question, but it isn’t. This year there has been a strong correlation between the price of gasoline and political polls.”

Krugman even had the nerve to claim that “gas isn’t expensive compared with the fairly recent past.” Gas prices have skyrocketed over the past year, rising 18.2 percent compared to Sept. 2021, according to a recent Bureau of Labor Statistics inflation report. [Emphasis added].

But that may not be important news for Krugman, a Nobel Prize winning economist with a net worth of $5 million, according to Celebrity Net Worth.

Krugman doubled down on haranguing Americans for caring about gas prices. “Yet gas prices may sway a crucial election, a fact that is both ludicrous and terrifying,” Krugman continued. [Emphasis added].

Leave it to Krugman to use every possible platform to insult American families for worrying about gas prices. He tweeted to his over 4 million followers that the “whole ‘under Trump gas was $2!’ thing relies on voter ignorance.” Gas prices when Donald Trump was president averaged $2.41 in 2017, $2.71 in 2018, $2.60 in 2019 and $2.16 in 2020, per data from the Energy Information Administration.

And of course in 2020 gas was further depressed bc the whole world economy was still crippled by Covid. So the whole “under Trump gas was $2!” thing relies on voter ignorance 8/

That averages to $2.47 for one gallon of gas during the Trump years. Does that sound like “voter ignorance,” Krugman? But the economist took potshots at Trump, arguing that “gas prices were unusually low” during his last year in office, “not because of anything he did,” but because COVID-19 “greatly” reduced oil demand across the world.

The existence of millions of Americans suffering under 40-year highs in inflation did not stop Krugman from continuing to defend President Joe Biden and his cronies in the White House on gas prices. “Overall, however, it’s hard to think of a worse metric for judging a president and his party than a price determined mainly by events abroad and technical production issues here at home.”

Krugman also cited a Washington Post poll which revealed that Biden’s approval rating was closely tied to gas prices as evidence that “American democracy” was in danger of being destroyed.

Conservatives are under attack. Contact The New York Times at 800-698-4637 and demand it stop pushing Krugman nonsense that harangues the American people for caring about high gas prices when they go to the polls.