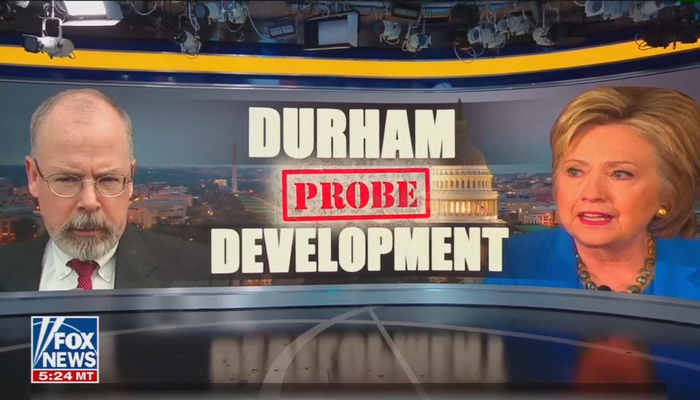 New York Times legal reporter Charlie Savage and the paper’s official fact-checker Linda Qiu teamed up on Wednesday’s front page to cover the acquittal of Igor Danchenko for lying to the FBI in “Russian Analyst for Trump Dossier Acquitted of Lying to the FBI.” (Biden apparently makes no statements the paper finds worthy of fact-checking, judging by how many non-fact check bylines Qiu has shared lately.) For the Times, it was a golden opportunity to again bash special counsel John Durham’s investigation into how the FBI pursued the alleged Russia ties of former President Trump.

This is the same Times that threw the word “collusion” around willy-nilly when it came to alleged Trump-Russia ties, and defended the now-discredited Steele dossier, commissioned by Democratic operatives on behalf of the Hillary Clinton campaign.

Now the Times has tactically dumped the dossier as dubious, but Savage and Qiu still aggressively mocked Durham:

Igor Danchenko, an analyst who provided much of the research for a notorious dossier of unproven assertions and rumors about former President Donald J. Trump and Russia, was acquitted on Tuesday on four counts of lying to the F.B.I. about one of his sources.

The verdict was a final blow to the politically charged criminal investigation by John H. Durham, the special counsel appointed by Attorney General William P. Barr three years ago to scour the F.B.I.’s inquiry into the Trump campaign’s ties to Russia for any wrongdoing.

Legal reporter Savage saw a politicized case at every turn:

….He crammed the indictments with extraneous material and insinuations that he thought Democrats had sought to frame Mr. Trump for collusion with Russia, though he did not charge any such conspiracy.

While the cases were not as expansive as Trump supporters had expected, they nevertheless provided more fodder for grievances about the Russia investigation. But once the cases reached courtrooms, they both crumbled.

While Mueller was a hero to Times reporters, Durham was painted as buffoonish:

During closing arguments in both the Sussmann and Danchenko cases, defense lawyers pointed to evidence they said showed that Mr. Durham and his team had lost their way, ignoring signs of serious flaws in their cases because they were so intent on convicting someone.

As usual, Savage downplayed damning details about the FBI’s use of the discredited Steele dossier, which he had to admit was “indirectly funded by Hillary Clinton’s 2016 campaign and the Democratic National Committee.”

Mr. Trump and his supporters have frequently — and falsely — sought to conflate the dossier with the official investigation into Mr. Trump’s ties to Russia. But a 2019 inspector general’s report established that the F.B.I. officials who opened the inquiry did not know about the dossier at the time, and the final report by the special counsel, Robert S. Mueller III, did not cite anything in it as evidence.

The F.B.I. did, however, include portions of the dossier in applications to wiretap a former foreign policy adviser for the Trump campaign. The inspector general report sharply criticized the F.B.I. for failing to tell the court in renewal applications that Mr. Danchenko had provided a reason to doubt the dossier’s credibility.

Check out Jerry Dunleavy‘s piece at the Washington Examiner for a story without so much Mueller-justifying tilt.

Savage had the audacity to suggest it was the Durham investigation, not the FBI’s actual deceit, that had possibly “damaged national security” by pursuing charges and thus discouraging people from speaking up in future.

Gov. Greg Abbott bans use of TikTok on Texas gov’t issued devices over communist Chinese surveillance concerns
Joe Biden as He Honors U2 at White House Reception: “150 Albums Sold! Among the Most Ever!” (VIDEO)
Ford CEO says 65% of U.S. dealers agree to sell EVs under company’s investment programs
Who will be Disney’s next CEO? Here are the top contenders to succeed Bob Iger
Republicans Shouldn’t Fall for Lame-Duck Session Fool-Me-Twice Immigration Bill