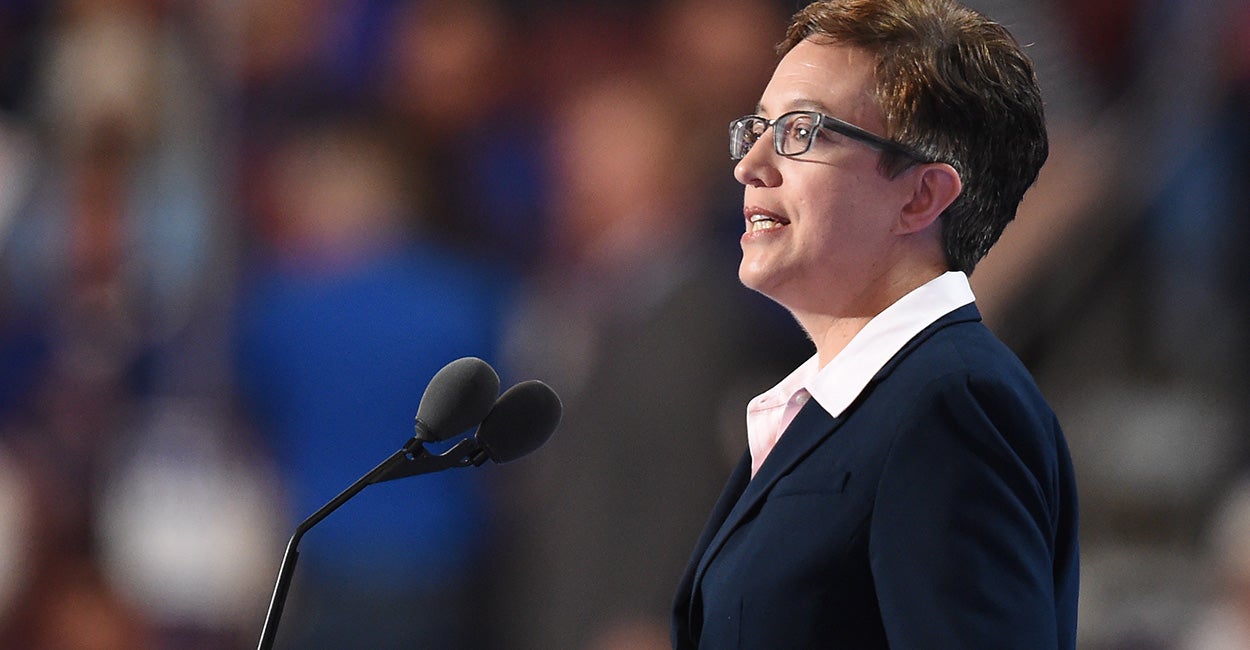 One Democrat is accusing her fellow Democrat and ally of failing to address the homelessness crisis is Oregon.

“Nearly three years ago, I called for a homelessness state of emergency here in our state,” Oregon Democrat gubernatorial candidate Tina Kotek said during a debate Wednesday, adding that outgoing Democrat Gov. Kate Brown “did nothing.”

Brown previously endorsed Kotek as a candidate for governor, saying Kotek has been an “advocate for working families for her entire career.”

In January 2020, Oregon had an estimated 14,655 homeless people, according to the United States Interagency on Homelessness. The National Alliance to End Homelessness reports that about 34 in every 10,000 Oregonians are homeless. Only California, New York, and Hawaii have higher homelessness rates.

Brown released her housing policy agenda in 2018, which allocated $370 million in state money to housing for families with children, Oregon’s veterans, and the chronically homeless. The agenda also aimed to accelerate growth in the housing supply.

Brown did not respond to The Daily Signal’s request for comment.

Kotek says on her campaign website that the “homelessness crisis is a complex problem,” and she attributes it to a lack of affordable housing, under-resourced homeless services, and underfunding of critical support for the homeless.

The homelessness situation “can improve with intensified leadership, coordination, and targeted resources from the state,” according to Kotek’s website.

Kotek, who previously served as speaker of the Oregon House of Representatives, did not respond to The Daily Signal’s request for comment.

In April, Republican gubernatorial candidate Christine Drazan told Oregon Public Broadcasting that “my opponents will say a lack of affordable housing is the primary driver” of homelessness, but the “reality is, the state has failed to support Oregonians suffering from substance abuse and mental health issues.”

Drazan said Oregon must stop “enabling homelessness.” She argued that Kotek’s bill, which protects those in homeless encampments on public land from being fined, “effectively legalized camping” in Oregon. “To solve homelessness in the long term we have to solve our addiction crisis as a state.”

Drazan says her goal is to make homelessness a rarity in Oregon, adding that “the sooner we are willing to embrace a data-driven approach that recognizes the complexity of this challenge and relies on both accountability and compassion, the sooner the experience of homelessness will be rare and temporary, not permanent and chronic.”

Drazan did not respond to The Daily Signal’s request for comment.

In 2020, Oregon voters passed Measure 110, which decriminalized the possession and use of all drugs in small amounts, including oxycodone, heroin, LSD, cocaine, and methamphetamine.

“A year and a half later, critics call 110 ineffectual or even harmful, claiming the black market remains vibrant,” Jeffrey Miron and Jacob Winter of the libertarian Cato Institute wrote in September. “The Republican and independent candidates for governor are calling for its repeal,” they said. “The problem, however, is that 110 did not go far enough.”

The Cato researchers argued that Measure 110 also should have legalized the “production and sale of drugs.” The law’s failure to do so has allowed the black market to continue to flourish.

Stimson said Michael Shellenberger, a former Democratic candidate for governor of California, addressed many of the core issues creating homelessness in his book “San Fransicko: Why Progressives Ruin Cities.”

Stimson praised Shellenberger’s assessment of the homeless crisis, saying it’s true that “we don’t really have a homeless problem,” adding:

That is the outgrowth of a lax attitude towards enforcing criminal law, enforcing the drug laws, giving people the services they need when they’re addicted to drugs, by holding them accountable, putting them through drug court, and then giving them the carrot-and-stick approach, the incentive, to get on the straight and narrow.

“You’re not doing people a favor when they’re addicted, and you give them license to continue to be addicted and break the law,” he said. “We’re all frail, any one of us could, God forbid, get addicted to drugs or something bad. But we have incentives in front of us that force us to choose wisely. But when you live in a free-for-all city, then you see the degradation of the human condition.”