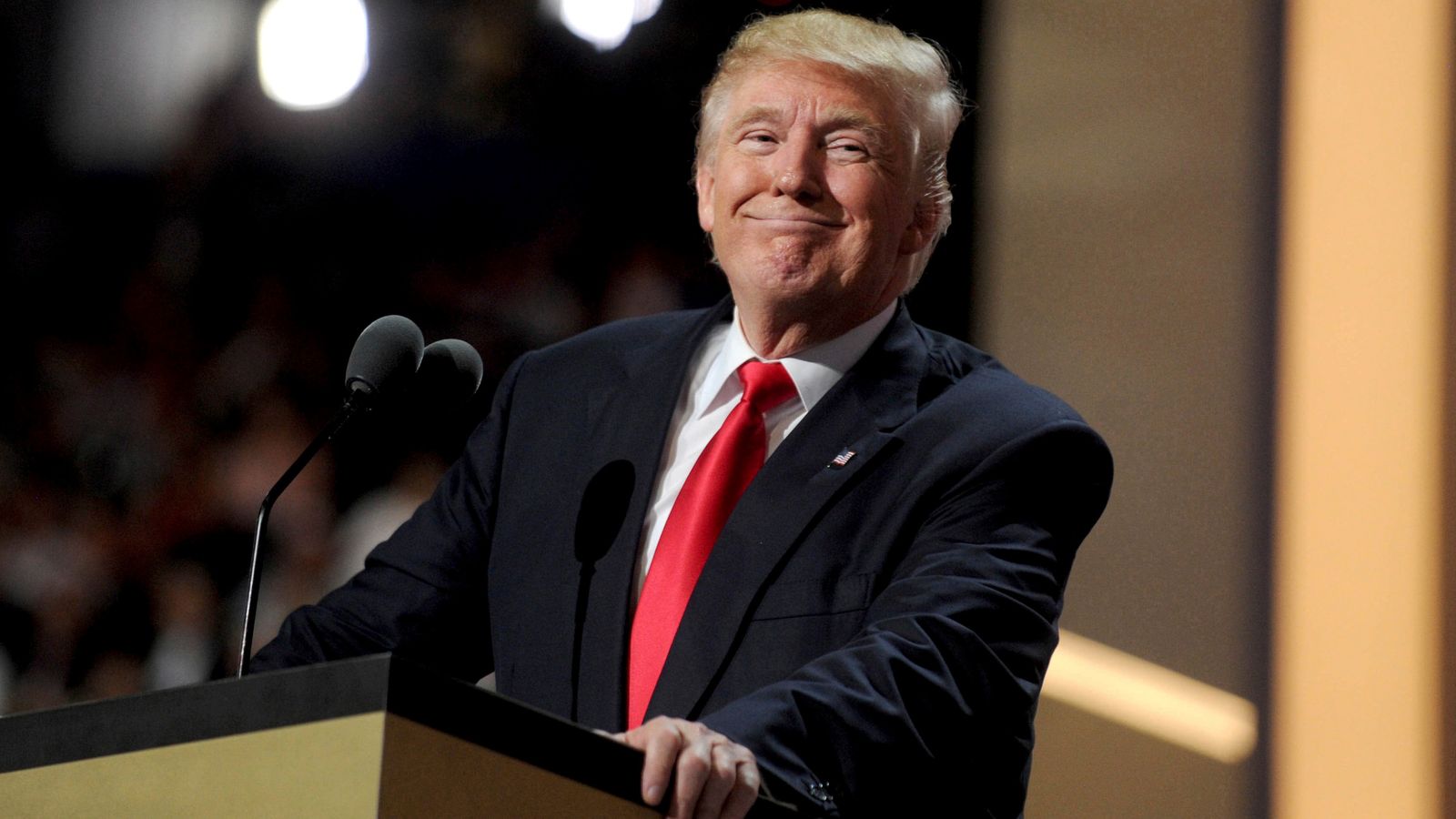 Donald Trump has been issued with a subpoena to testify at the inquiry into last year’s riot at the US Capitol.

The committee overseeing the probe into the deadly violence in Washington DC has asked the former president for testimony and records, saying he “personally orchestrated” a plot to overturn the 2020 election.

“We recognise that a subpoena to a former president is a significant and historic action,” chairman Bennie Thompson and vice chair Liz Cheney wrote in the letter to Mr Trump.

“We do not take this action lightly,” they added.

US politicians say the former president was the “central cause” of a coordinated, multi-part effort to overturn the results of the 2020 election.

The nine-member committee panel has issued a letter to Mr Trump’s lawyers, demanding his testimony under oath by 14 November.

The letter also requested a series of corresponding documents, including personal communications between the former president and members of Congress as well as extremist groups.

It is unclear how Mr Trump and his legal team will respond to the subpoena.

He could comply or negotiate with the committee, announce he will defy the subpoena or ignore it altogether. He could also go to court and try to stop it.

Mr Trump’s subpoena comes as Steve Bannon, a former White House advisor, was sentenced to four months in prison for failing to appear before the committee.

Dennis Aftergut, a former US federal prosecutor, told Sky News: “I think (the committee) should call his bluff. I think they should tell Donald Trump ‘okay, you can testify in public. No more conditions, though, set by you. We don’t negotiate with terrorists, and you will be allowed a five minute opening statement and then we will ask you questions.’

“I believe if they call his bluff, he will find some excuse not to testify.

“The difference between him and Bannon is that it’s really too late for this committee. Their time runs out on January 3rd of 2023, unless, by some chance, Democrats win the House and renew their mandate,and so it is very easy for Donald Trump to run out the clock in a way that Steve Bannon could not.”

Trump ‘at the centre of a bloody attack’ on the Capitol

The letter Mr Trump received doesn’t shy away from placing allegations directly at his feet.

Chairman Thompson and Vice Chair Cheney wrote the committee has assembled “overwhelming evidence” that Mr Trump “personally orchestrated and oversaw a multi-part effort to overturn the 2020 presidential election and to obstruct the peaceful transition of power”.

It underscored that the former president sought to overturn the election with baseless claims of voter fraud.

The letter continued: “You took all of these actions despite the rulings of more than 60 courts rejecting your election fraud claims and other challenges to the legality of the 2020 presidential election, despite having specific and detailed information from the Justice Department and your senior campaign staff informing you that your election claims were false, and despite your obligation as President to ensure that the laws of our nation are faithfully executed.

“In short, you were at the center of the first and only effort by any US President to overturn an election and obstruct the peaceful transition of power, ultimately culminating in a bloody attack on our own Capitol and on the Congress itself.”

However, US politicians say key details about what Mr Trump was doing and saying during the attack on the Capitol remain unknown.

According to the committee, the only person who can fill the gaps is Mr Trump himself.

The panel – comprising seven Democrats and two Republicans – approved the subpoena for Mr Trump in a surprise vote last week. Every member voted in support.

The day after, Mr Trump posted a lengthy memo on Truth Social, his social media website, repeating his false claims of widespread election fraud and expressing his “anger, disappointment and complaint” that the committee was not investigating his claims.

He made no mention of the subpoena.

‘An ex-President is merely a citizen like any other’

Meanwhile, Chairman Thompson and Vice Chair Cheney have made clear the subpoena was not an unprecedented action, and that there is an established history of presidents providing evidence to Congress.

The letter also cited President Roosevelt who once said, “An ex-President is merely a citizen of the United States, like any other citizen,” in a bid to remind Mr Trump of his obligation to appear before the committee.