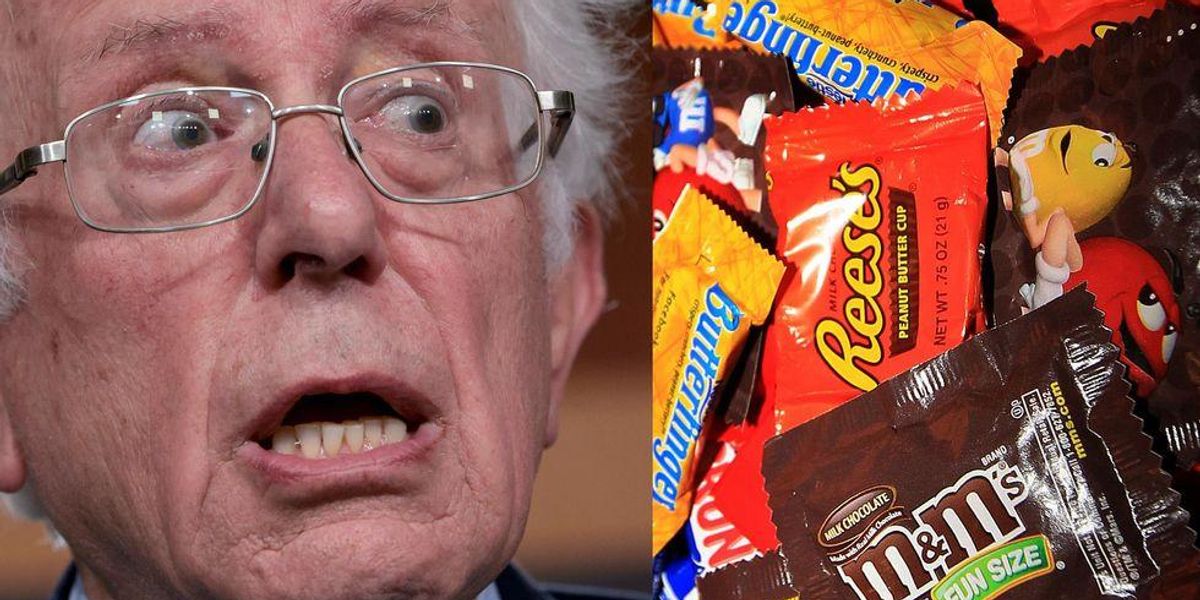 Socialist Sen. Bernie Sanders (I-Vt.) blamed the greed of candy corporations for the high price of Halloween candies, but his claims were mocked and ridiculed by many on social media.

“While the cost of Halloween candy has surged more than 13.1% since last September, the Mars candy bar family became 44% richer during the pandemic increasing their wealth by $32.6 billion. The Mars family is now worth $106.8 billion,” Sanders tweeted Friday.

u201cWhile the cost of Halloween candy has surged more than 13.1% since last September, the Mars candy bar family became 44% richer during the pandemic increasing their wealth by $32.6 billion. The Mars family is now worth $106.8 billion.nnDo you know whatu2019s scary? Corporate greed.u201d

“Do you know what’s scary? Corporate greed,” he added.

Sanders was likely responding to a report from the U.S. Bureau of Labor Statistics that said the cost of celebrating Halloween had risen to record levels this year because of inflation. The cost of candy has surged by 13% from last year, the biggest jump ever recorded, while the cost of clothing is up 5.5%, meaning costumes are more expensive too.

Some critics online thought Sanders’ attempt to blame corporations for the damage caused by inflation was unpersuasive.

“You know what’s scary? Someone who has never created or built anything, or ever employed people or had to make payroll, gets to spend 100 years as a Senator doing nothing but tear down what others build up. That’s what’s crazy,” read one response.

“We’re getting close to hearing about how access to low priced candy bars is a ‘human right’. Maybe candy bars would be a little cheaper if the sugar industry in the US didn’t get favors from the government, favors that Bernie himself has long supported,” read another tweet.

“Know what’s even scarier? Government greed, I can choose to not buy candy, but I can’t choose not to fund government,” replied another critic.

Despite the higher price of candy and costumes, Americans are expected to spend about $10 billion on the haunted holiday this year.

MSNBC Circus Freaks Out Over Gay Club Shooting, Blames Conservatives
Joe Scarborough’s Sudden Respect on Conservative SCOTUS Justices vs. Trump
Taylor Swift’s tour promoter says it had no choice but to work with Ticketmaster
Associated Press reporter canned over erroneous report suggesting Russia had launched a missile into a NATO country
Iranian soccer players protested against their government at World Cup by staying silent during their national anthem