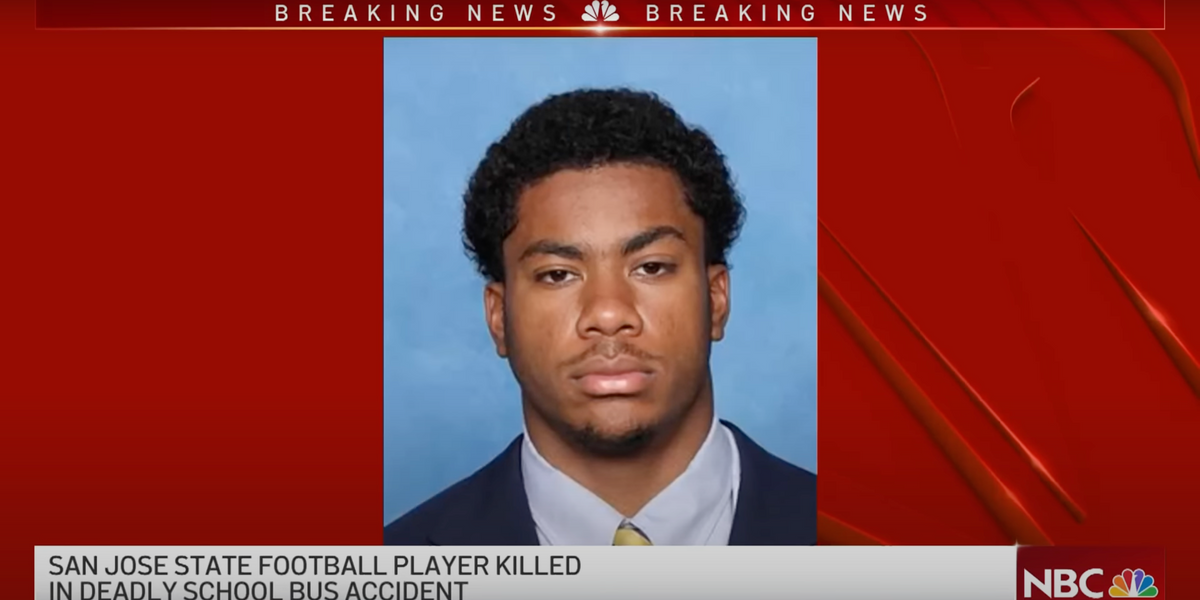 San Jose State University football player Camdan McWright passed away Friday after being fatally struck by a school bus while riding a scooter.

“We lost an amazing young man tragically this morning. Camdan had a bright future ahead of him and everyone in this community that had the opportunity to spend time with him knew that. We are still trying to deal with the news of this tragedy, and appreciate everyone’s support during these difficult times. Our thoughts and prayers are with the McWright family and I want them to know we are all here for them. Camdan will always be in our hearts and he will be profoundly missed,” San Jose State football head coach Brent Brennan said, according to a post on the Spartans’ website.

The freshman would have reached the age of 19 later this year, according to the post.

“The loss of our student is heartbreaking and devastating for our San José State community. We grieve for Camdan, his family, friends, teammates, and the Spartan family. We grieve together and will provide all of the support that Camdan’s family, our students and our football program require to help move through this tragic time,” the school’s interim president, Steve Perez, said.

E! News reported that the California Highway Patrol confirmed to the outlet that an 18-year-old male died after being struck by a school bus on Friday but did not name the deceased individual. The outlet said that the CHP report indicated that the vehicle entered the intersection with a green traffic light as the individual who was struck rode a scooter into a crosswalk “traveling directly into the path of the oncoming bus.”

“The driver of the bus was unable to stop in time,” the report noted, “and hit the 18-year-old male, causing fatal injuries.”

MacIntyre: The Twitter Files reveal the left will win at any cost
Small-town elementary teacher accused of forcing young boys to touch his groin during class
FBI Explicitly Warned Twitter Of ‘Hack’ Involving Hunter Biden Before Story Was Censored
Video: Fugitive hiding under mattress opens fire on cops who were searching for him. It doesn’t end well for suspect.
Republican Mayra Flores: Border Patrol Agents Feel Abandoned By The Biden Administration (VIDEO)