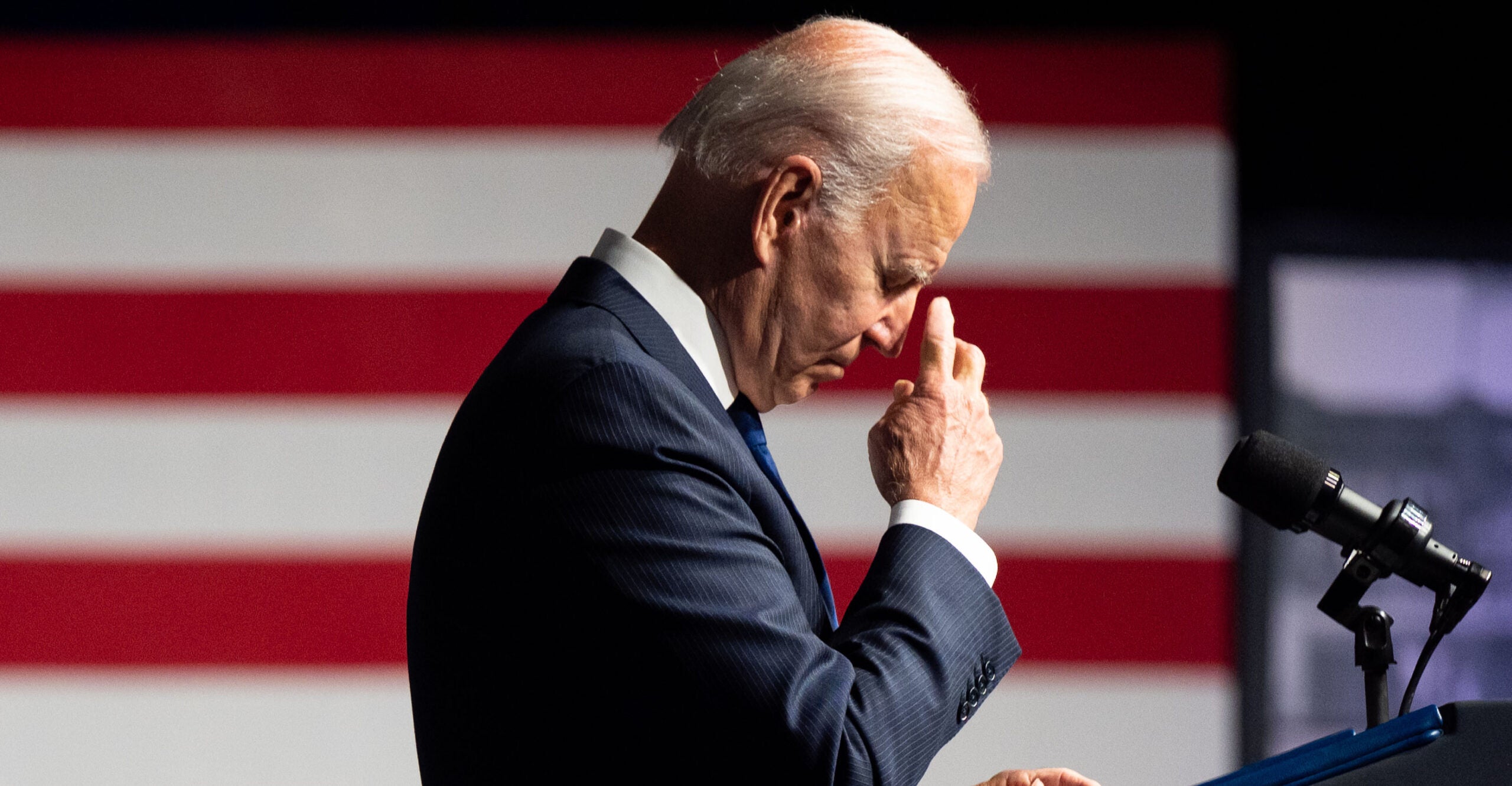 President Joe Biden appeared to forget Thursday that his administration — and the majority of the Democratic Party — supports unrestricted abortion.

The president spoke with reporters outside The White House on Thursday afternoon where he was questioned: “Should there be any restrictions on abortion at all?”

“Yes, there should be,” he responded. Pressed as to what these restrictions should be, Biden said, “It’s Roe v. Wade! Read it, man! You’ll get educated!”

This marks the second time that the White House has avoided addressing what restrictions on abortion the president supports, as Real Clear Politics White House reporter Philip Wegmann noted. The Biden administration has always been loathe to address abortion restrictions. Even on the campaign trail, both Biden and his running mate Kamala Harris refused to address where exactly they stood.

This is likely because Democrats (and Biden himself) have repeatedly advocated for legislation like the Women’s Health Protection Act, a bill that would codify Roe v. Wade and massively expand abortions in the United States.

The Women’s Health Protection Act specifically states that the right to abortion “shall not be limited or otherwise infringed.” It would have allowed abortion providers to determine whether a pregnancy is considered “viable” or not, effectively enabling abortions at any point.

“Make no mistake. It is not Roe v. Wade codification,” Democratic West Virginia Sen. Joe Manchin, who broke with his party and voted against the legislation, said in May. “It wipes 500 state laws off the books. It expands abortion.”

When the Women’s Health Protection Act failed to pass the Senate, Biden lashed out at Republicans, saying they have “chosen to stand in the way of Americans’ rights to make the most personal decisions about their own bodies, families and lives.”

“The protections that the Women’s Health Protection Act would ensure are essential to the health, safety, and progress of our nation,” he added. “While this legislation did not pass today, my Administration will not stop fighting to protect access to women’s reproductive care.”

Democratic candidates also have shied away from defining where they stand on abortion, allowing their Republican opponents to insist that they support unrestricted abortion up until birth. As Independent Vermont Sen. Bernie Sanders (then a Democrat) insisted in 2020, “being pro-choice is an essential part” of being a Democrat.

Support for abortion has become a litmus test for many Democratic politicians. During the past presidential election cycle, Biden abandoned his former support for the Hyde Amendment after strong backlash from pro-abortion groups, left-wing activists, and his fellow candidates — including his now vice president. That amendment bans the use of federal funding for abortions.