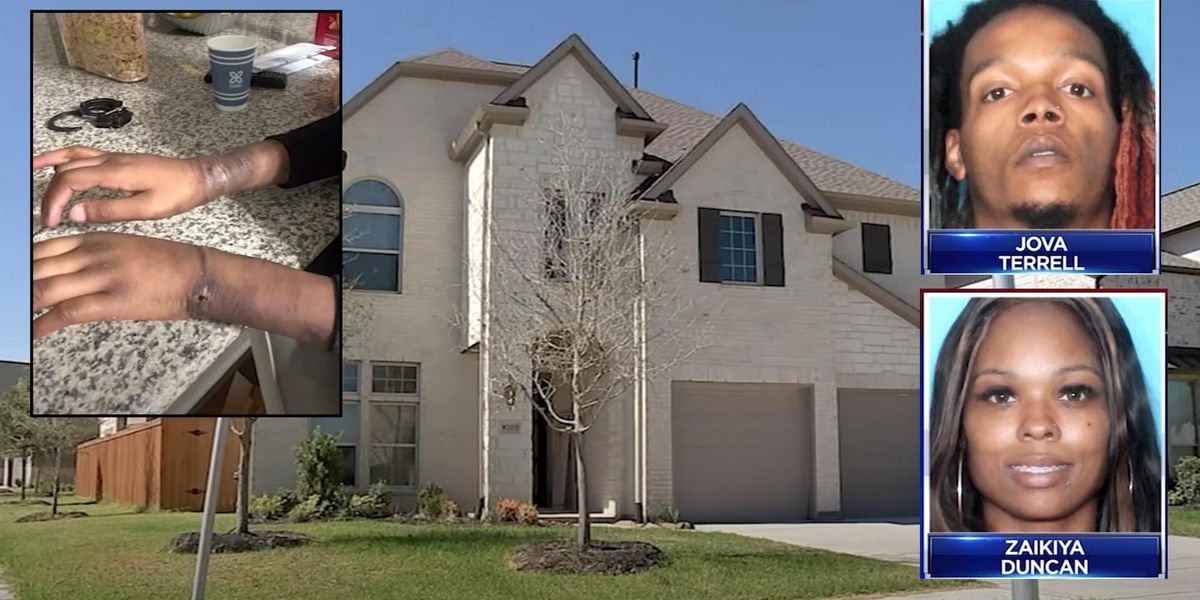 Twin teenagers begged for help from a neighbor in Cypress, Texas, after they escaped their alleged imprisonment at home and detailed terrifying abuse, according to court documents.

Around 5 a.m. on Tuesday the twins were able to unlock their handcuffs and escape their home to go ask for help. They ended up a neighbor’s home, and she let them in.

The neighbor, also unidentified, said she was terrified, but she let them in because she saw they were shabbily dressed. They were shoeless, and the girl had a plastic bag on for a shirt while the boy had no shirt at all.

“They said, ‘Can you help us, can you help us?'” the woman recalled. “They were so skinny and so frail. They just looked like they had been through a lot.”

She gave them blankets and fed them. She said she was horrified when they started telling her what they had been through.

“The more I asked and realized how severe the situation was, it was just a flood of emotions that came over me,” she told KHOU. “How a mother could do this to her kids and … I feel like my tears are out of frustration, anger and sadness.”

She took photographs of their wounds, which appeared to show injuries from being handcuffed for a prolonged period of time.

u201cTwo teens escaped after their mother allegedly handcuffed them & held them captive in the laundry room. The 16-yr-old boy & girl went knocking on neighbors’ doors for looking help early Tuesday morning. One neighbor finally helped them. The story coming up @KHOU at 5.u201d

She called the police, and the twins were hospitalized.

The boy and girl were questioned by law enforcement officials at the Texas Children’s Hospital where they detailed horrific abuse allegedly at the hands of 27-year-old Jova Terrell and 40-year-old Zaikiya Duncan.

Court documents said they told investigators that they were drugged with Benadryl and that the boy suffered seizures after being made to ingest too many tablets. They said that they weren’t allowed to use the restroom and had to defecate and urinate on themselves. They then said they were forced to eat and drink their own waste. They said their mother poured bleach on their genitals and down their throats.

“When you see it in person, it just hits on a different level. It’s so sad, it’s a flood of emotions,” said the woman who took them in. “You just don’t understand how little innocent kids go through this.”

When police went to the home to investigate, the parents had fled with five other children. The couple was later arrested in Baton Rouge, Louisiana, though they only had one child with them at the time. The other four children were found to be with relatives.

Duncan had been arrested and charged with a similar case of child abuse ten years earlier, according to Louisiana court documents.

The woman said she was angry that Duncan had custody of the children and that the abuse went so long without intervention. She said she would follow the case to make sure justice was served.

“Give these abusers life in prison, like murderers, because that’s ultimately what it’s going to lead to and I bet crime would go down,” she told KTRK-TV. “Kids would not be abused, because they would be scared to go to prison for life.”

Duncan and Terrell were charged with injury to a child.

Here’s a local news report about the horrific story: