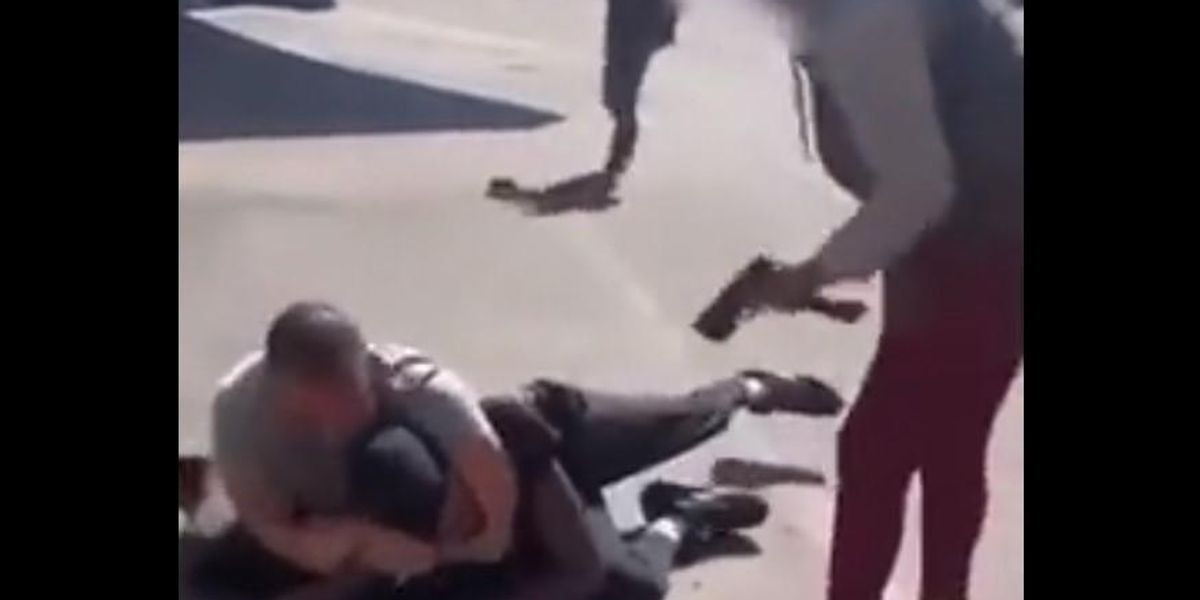 An off-duty firefighter in Missouri was shot and killed outside a gas station earlier this month after wrestling with an angry customer who eventually pulled a gun on him. However, prosecutors have declined to charge the customer’s girlfriend, who shot the firefighter, claiming that she shot him to defend her boyfriend’s life.

At around 2:30 p.m. on October 6, Anthony “Tony” Santi, a 41-year-old Kansas City firefighter, was in a gas station in Independence, Missouri, when a fellow customer became irate with the female attendant because the store did not have the brand of cigars he wanted.

The customer, Ja’Von Taylor, 23, then hurled expletives at the unnamed store clerk, causing a disturbance. The clerk asked Taylor to leave the store, but he refused. Santi then intervened and demanded that Taylor leave. Tensions between the two men became heated, and they began fighting inside the store, though they eventually took the scuffle outside.

At some point, Taylor went to his vehicle and took out a firearm. Taylor and Santi then struggled to grab hold of the weapon. Santi eventually managed to get Taylor into a choke hold underneath him. Meanwhile, Taylor’s girlfriend, who had been sitting in Taylor’s vehicle, had exited the car and begged Santi to stop wrestling with Taylor.

The woman, whose identity has not been released, picked up the gun, which had fallen to the ground, and then aimed it at Santi. She warned him that she would use it, and she eventually did, firing one round into Santi’s back.

A witness filmed the episode, which may have lasted for as long as 10 minutes. Though the video does not show the actual shooting, the content in it is graphic.

u201cGraphic Content ud83dudea8u26a0ufe0fnnA Kansas City woman has been set free of charges tonight after protecting her boyfriend in a fight with a firefighter. The young lady seconds later killed the firefighter which has now been declared as self defense. u26a0ufe0fu201d

The woman shot Santi moments after the conclusion of the video. After the shot, Santi got up off the ground and walked back into the store, where he collapsed and died.

After reviewing the video, Jackson County prosecutors declined to press charges against the woman, arguing that she could reasonably claim self-defense.

“We grieve with the family and community over this tragic loss of life of Mr. Santi,” the prosecutor’s office wrote in a statement. “Missouri law governs this case, specifically self-defense and defense of others, leading us to decline charges after a careful review.”

“If a case is declined, it’s just because we don’t believe there’s sufficient evidence to get to that highest burden of proof,” Jackson County prosecutor Jean Peters Baker explained to reporters.

Kevin Jamison, a Missouri attorney who has practiced law for 40 years and who “wrote Missouri’s book on weapons and self-defense,” according to WDAF-TV, also weighed in on why prosecutors may have declined to press charges in this case.

“Technically it’s called the defense of justification and your justification is you are saving the life of another person,” Jamison said.

He added that the woman likely had only limited knowledge about the “circumstances” of the fight, causing her to believe that Santi posed a threat to Taylor’s life.

“The girlfriend is only constrained by what she reasonably believed to be the circumstances. If she didn’t see the start of the fight, all she knows is her boyfriend is getting strangled,” he said.

Though the unnamed girlfriend will not face prosecution, Taylor will. He has been charged with possession of a firearm by a convicted felon. He had previously been convicted of first-degree robbery, though the date of his conviction and the length of his sentence remain unclear.

Santi joined the Kansas City Fire Department 11 years ago. He loved “nature and being outdoors” and his dog, Donnie, and he especially loved his daughter, “the light of his life,” according to an obituary.

KCFD declined to comment on the decision not to prosecute the woman.