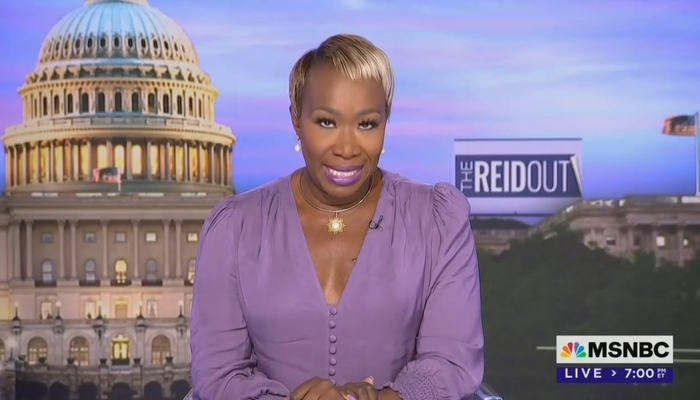 MSNBC host Joy Reid is one of those talk show hosts who cannot be accused of caring about the truth. She wildly attacks conservatives and Republicans in the most obviously false ways.

On Wednesday, Reid was smearing Florida under DeSantis as “the modern state in this country that comes the closest to a modern-day version of Jim Crow.” She said “If there’s a state that better exemplifies the rot of MAGA Republican rule than the state of Florida that the governor has named in very Orwellian fashion the free state of Florida, I honestly don’t know what it is.”

On Tuesday, after Republican Senate candidate J.D. Vance made the point that Democrats are fine with women having abortions at 39 weeks or later, Reid claimed “39-week abortions. That is not a thing.”

Then Democrat strategist Kurt Bardella smeared the entire pro-life movement by claiming that ”most of these white Republican men have no idea how a baby is actually made.  Reid shot back ”Do they know how to make a baby? I don’t think they do, and he has kids!”

NewsBusters evening-news specialist Kevin Tober has the download, as well as a look at the CBS story on Florida’s allegedly offensive rules against violent felons having the right to vote. “Voter fraud” is having a moment.