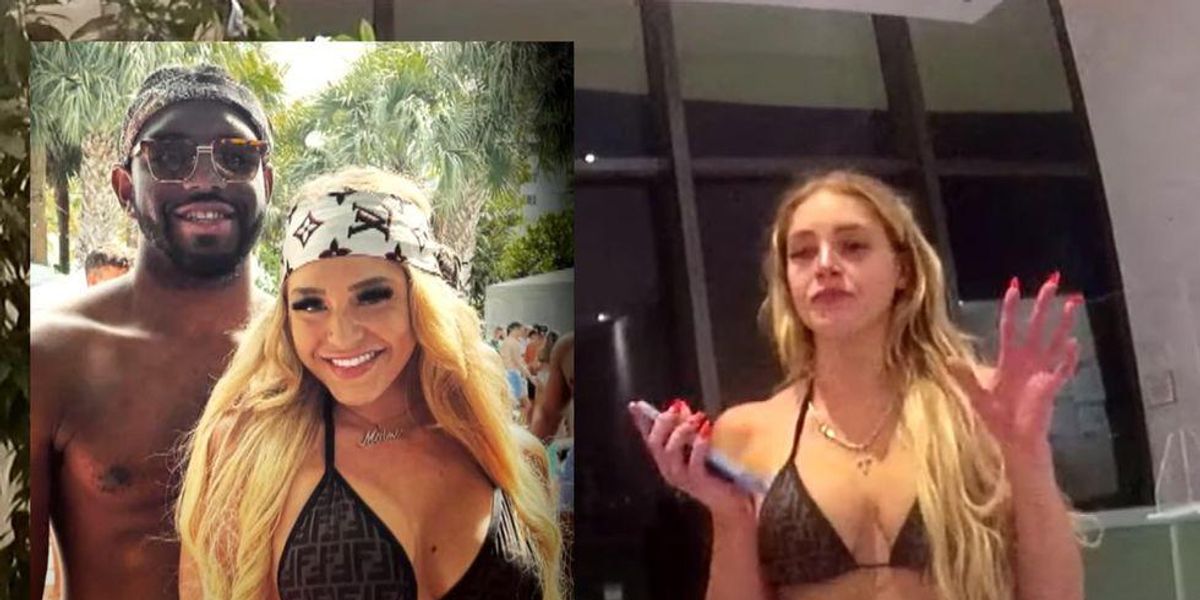 The OnlyFans model who claimed she stabbed and killed her boyfriend in self-defense apparently asked police to put a restraining order on him just two days before the lethal attack.

The video came from police bodycams when they responded to an altercation described as a domestic dispute by a security guard at a luxury high-rise apartment building in Miami, Florida.

26-year-old Courtney Clenney can be seen on the video crying and telling police officers that she wanted a restraining order placed on her boyfriend, Christian Obumseli.

A security guard said on the video that they called police after Obumseli lunged at Clenney.

“We get down here to the lobby area, and her boyfriend comes charging towards her,” he says.

The incident took place April 2. Two days later, she stabbed him to death with a large kitchen knife at their apartment.

The social media model says on the video that Obumseli was stalking her and that she wanted a restraining order placed on him. She also says that she was trying to break up with him with the help of her mother, but she couldn’t do it.

Clenney’s attorney Frank Prieto told WSVN-TV that the video supports their contention that she acted in self-defense.

Prieto had previously claimed Clenney was a victim of domestic violence and human trafficking.

Larry Handfield, an attorney for Obumseli’s family, noted that Obumseli had never been taken into custody or charged with any crime.

A previously released surveillance video showed Clenney striking Obumseli in an elevator from February. Court papers said that Clenney told investigators that she had thrown the knife at Obumseli from about 10 feet away, but a medical examiner’s report contradicted that claim.

Clenney has more than 2 million followers on social media. She was charged with second degree murder.

Here’s the video of the police interaction: