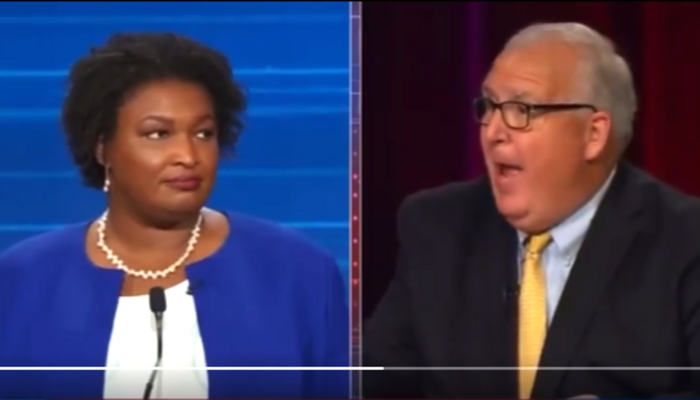 Whether it’s in the midterm debates or the forthcoming Republican presidential debates, conservative and Republican voters should never have to accept “moderators” that debate with Republicans or toss gentle softballs to Democrats. Moderators should work hard to appear neutral and not make Republicans debate two Democrats.

That’s not happening right now. In a debate in the Georgia governor’s race, journalist Chuck Williams “questioned” Stacey Abrams by insisting “Public opinion polls in our state show support for the right to abortion, Medicaid expansion, and banning assault weapons. You are on the side of public opinion on each of these issues, yet you’re behind in almost every poll. Why?”

In a Wisconsin Senate debate, a journalist in Milwaukee named Shannon Sims asked Sen. Ron Johnson how he would help 75,000 “law-abiding” illegal immigrants in the state with a path to citizenship without deportation. In a later debate, Milwaukee radio host Dan O’Donnell lamented that in 19 questions, journalists never asked a question about inflation, the top issue in the state’s Marquette University Law School poll. But they found time for questions on abortion, climate change, gun control, water pollution, and marijuana legalization.

Then there’s the question of Democrats ducking debates, like Arizona gubernatorial candidate Katie Hobbs. With left-tilting moderators like this, why would Hobbs be afraid of the debate stage? Her Republican opponent Kari Lake has taken on CBS and CNN hosts, and too often, Republicans come to debates and have to debate with the Democrat and with the moderator or moderators. Republicans are used to rough questions. Democrats are used to being coddled.