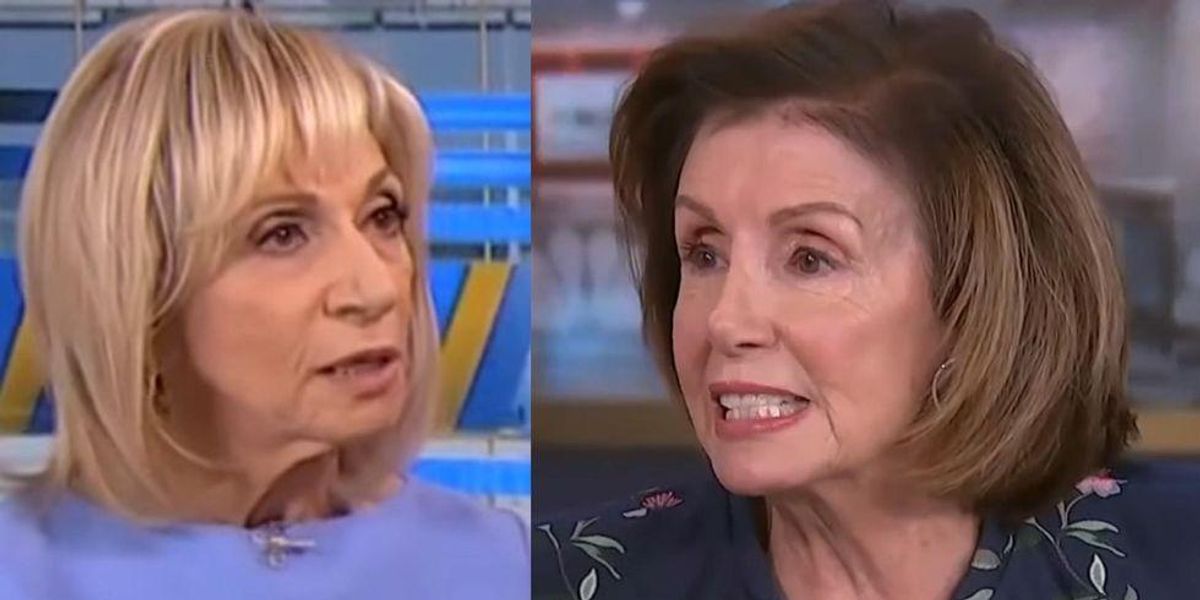 Democratic House Speaker Nancy Pelosi of California tried and failed to downplay polling showing that the worsening economy was driving support for Republicans ahead of the midterm elections.

Pelosi made the comments while a guest on MSNBC in an interview with Andrea Mitchell.

“So let’s talk about rising inflation concerns along with crime giving momentum, new momentum, to Republicans after the Democrats were closing the gap, the historic gap,” Mitchell said.

“So after the Supreme Court ruling, there was huge outrage. That has seemed to subside, at least among overriding concerns,” Mitchell continued.

“Despite all the legislative accomplishments, and I want to cite them, I want to, you know, say it’s been an extraordinary session. You, and the president have done so much in terms of domestic concerns, the economy,” she concluded. “So why is this message, why do you think the president hasn’t gotten this message through to the voters?”

“Well first of all, let me say that I think that much of what you’ve said I don’t agree with,” Pelosi responded. “That is to say, the New York Times poll I think is an outlier poll. You cite one poll but all the others have a different …”

“No. No. But that was one that brought down the average, and it was an outlier, it wasn’t even that big a sample,” Pelosi argued.

“So I just dismiss that. I have been, since Congress adjourned, I’ve been in an average of five states a week and I can tell you that women’s concerns about their freedom are very very much still very significant in terms of how they will vote,” she added.

Pelosi went on to claim that inflation was a global issue but then admitted that part of the problem originated with the policies of President Joe Biden.

“But some of the inflation in our country sprang from the fact that this president created nearly ten million jobs — nine, at least nine million jobs, working with the private sector,” she added.

Many liberals were outraged at the New York Times/Siena College poll that showed abortion had fallen as a primary concern among likely voters while the economy and inflation had gained prominence. The poll also found that 19% of voters who supported Biden in 2020 now disapprove of his job performance.

Here’s the video of Pelosi’s comments:


Speaker Nancy Pelosi: ‘Our Democracy Is At Stake’ In The 2022 Midterms

Delta is making it harder to get into its airport lounges after they were flooded by travelers
Nets Ignore Twitter Files As NBC Blames Musk For Hate Speech
Let them eat cake: Delta Airlines announces that Sky Club members will no longer be able to use Sky Club lounge if they fly economy
‘Extremely advanced’ bomber aircraft unveiled by US
Elon Musk Exposes the Inside Story of Twitter’s Crackdown on Hunter Biden’s Laptop