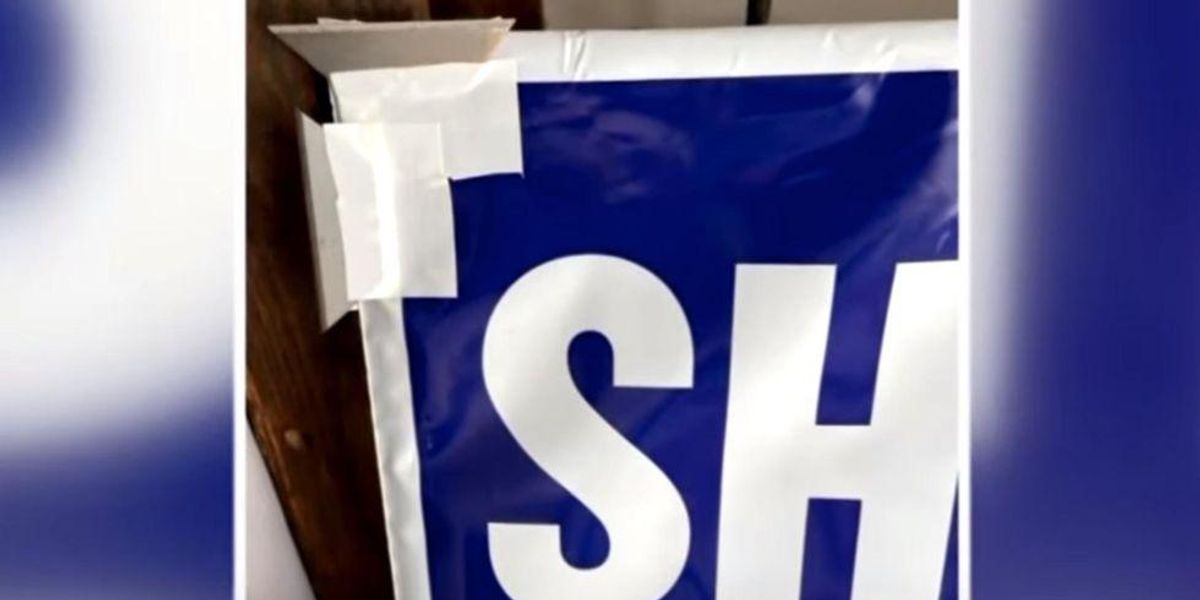 Political campaign signs for Democratic politicians were booby-trapped with razor blades and installed without permission in Pennsylvania and one person was injured trying to take them down.

The incident was documented on a Facebook post from the Upper Makefield Township Police Department on Sunday.

Police said a person found a sign for Democratic gubernatorial candidate Josh Shapiro installed on their property without permission and went to take them down. They were injured by the razor blades that were attached to the perimeter of the sign.

“What happened here is totally unacceptable and a disgusting act for which a resident ended up slicing their fingers,” the police said. “Obviously, this was designed to inflict punishment on anyone who attempted to remove the sign.”

“Every year we see an increasing number of cases in which political signs are vandalized in one form or another. Over the course of my time in public service I have had my own signs defaced and cut apart,” wrote Santarsiero.

“This latest incident, which has taken this behavior to a new low, is reprehensible as it risks people’s safety,” he added. “The Bucks County Democratic Party condemns what happened and hopes that whoever is responsible is brought to justice as soon as possible.”

Police said their investigation was ongoing and they cautioned residents to be careful when taking down unauthorized political signs.

“No matter your political affiliation, no matter your candidate preference, resorting to this type of depravity is unacceptable and criminal. We can do better and must,” the police concluded in the post.

‘I am not a criminal’: NHL All-Star speaks out against latest Canadian gun ban
5 Things Democrats Want to Ram Through Congress in Lame-Duck Session
Musk Fires Ex-FBI Lawyer For Allegedly Stonewalling Access To Hunter Biden Twitter Files
WashPost Arrives on Twitter Files on Hunter Biden: Not Even Close to a ‘Bombshell’!
From Plummeting Test Scores to Woke Curriculums, Ben Carson Addresses America’s ‘Crisis in Classroom’