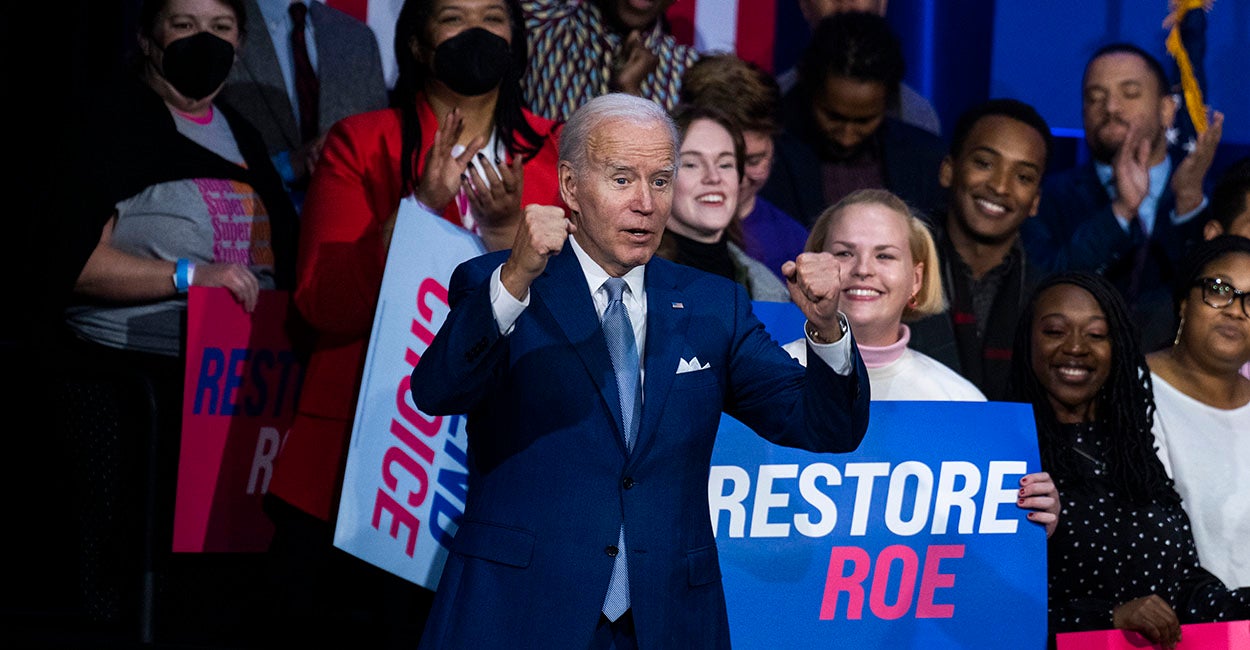 President Joe Biden announced that if Democrats win the House and Senate in the midterm elections this November, the first bill he would send to Congress would codify Roe v. Wade.

“We’re only 22 days away from the most consequential election in history… in recent history at least,” Biden said at the event, hosted in Washington, D.C.

Biden cited Republicans’ efforts, such as those of House Minority Leader Kevin McCarthy, to ban abortion nationwide. “If such a bill were to pass in the next several years, I’ll veto it,” Biden said to a cheering crowd.

President Biden’s desperate attempt to sway voters by pushing painful abortions is clear evidence of how out of touch he is. Ninety percent of Americans reject Biden’s view that abortion should be legal up until birth for any reason – paid for by taxpayers.

“Doubling down on an extreme agenda of abortion on demand until birth won’t stop Democrats from losing Congress, even with the abortion industry spending record sums to elect them,” Marjorie Dannenfelser, president of Susan B. Anthony Pro-Life America, wrote in a statement. “Biden’s party is on the wrong side and stunningly out of touch.”

Dannenfelser encouraged pro-life Republicans to continue exposing their Democratic opponents’ extreme stance on abortion. “The stakes of the midterm elections could not be higher,” she said. “President Biden is making clear today have that if Democrats control Congress in 2023, they will destroy the filibuster and pass their Abortion on Demand Until Birth Act to mandate abortion on demand in all 50 states.”

Jeanne Mancini said the country is seeking “positive solutions, not more violence and death. … It is time for Americans to hold pro-abortion politicians accountable.”