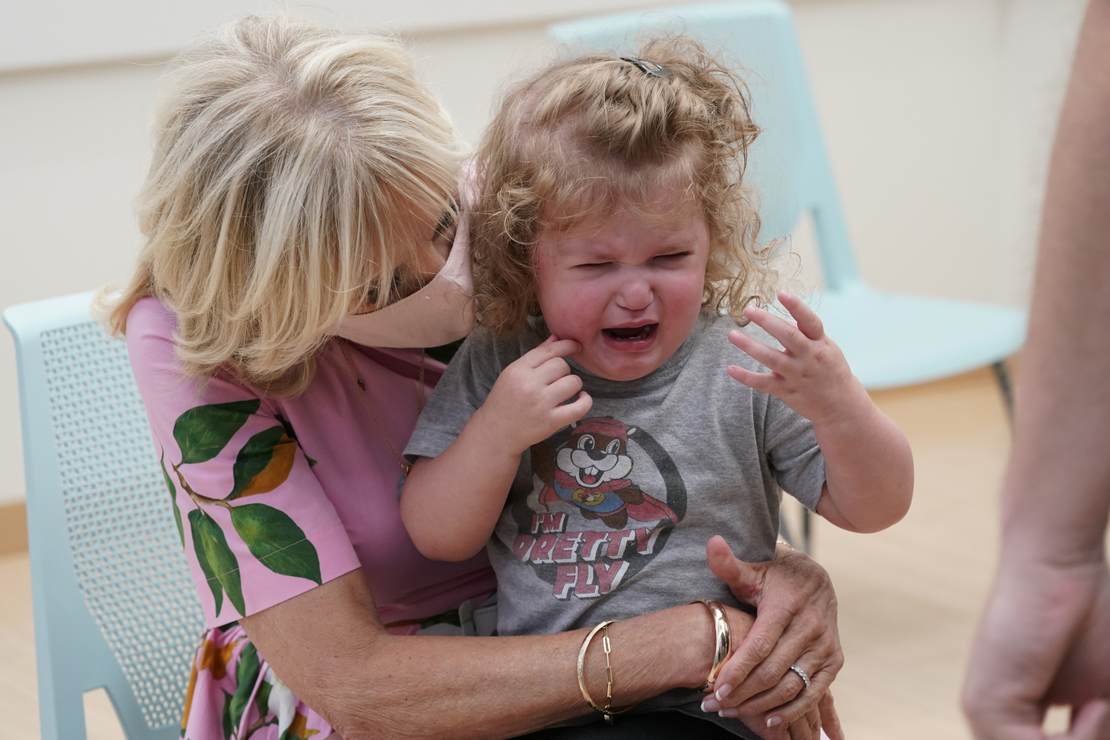 This new strategy is interesting since the First Lady is not very popular at this point. In July, the Washington Post reported her approval tumbled right alongside her husband’s. At the start of Joe Biden’s presidency, voters approved of Jill Biden by a 2 to 1 margin. Yet, CNN found in a month-long poll over the summer that only 34% of voters rated their opinion of Jill Biden as favorable before a string of blunders in public appearances that rivaled her husband.

She compared the diversity of the Hispanic community to the variety of breakfast tacos available in San Antonio. She mispronounced “bodega” in the same speech. It was terrible preparation for her to speak to a demographic quickly shifting to the right. At the same time, the New York Post editorial board slammed Jill Biden for making excuses for her husband’s failures while speaking at a donor event in Nantucket.

As Joe Biden entered the White House, the campaign positioned Jill Biden as the sweet, matronly First Lady. In the intervening time, the public received some indication of what kind of mother she might actually be. Hunter Biden, who she helped to raise, is a complete disaster of a human being and reportedly called her a “selfish silly entitled c***” in text messages on his now infamous computer. Hunter also admitted to calling his stepmother a “f***ing moron, a vindictive moron” and told his uncle James Biden that he was more intelligent than her.

More recently, the diary of Ashley Biden, Jill’s biological daughter, surfaced with some scandalous recollections about her father’s improper behavior with her. The Biden family has never addressed these allegations, but the pattern of their children leaving such stunning material in places where others can find it is rather astonishing. It is almost as if Hunter and Ashley want these stories in the public arena.

Related: Democrats’ Disconnect With Voters Is a Gaping Chasm With Only Three Weeks Left

Americans have also watched President Biden’s pronounced mental decline and wonder how much Jill Biden knew about his cognitive failures before he ran for president. The combined effect of these situations makes the Bidens appear far less than the loving family they attempt to portray. Their two living children have struggled for years with substance abuse issues. It is legitimate to wonder what dark secrets they all harbor.

Still, the First Lady appeared in Atlanta to support flailing two-time gubernatorial candidate Stacey Abrams. According to the latest polls, incumbent Gov. Brian Kemp is leading by an average of five points. The latest Trafalgar poll, which is on the list of the most accurate since 2016, showed Kemp with a nine-point lead. Jill Biden emphasized the need to give more to donors who had already ponied up $1,000 to be in the same room as her. She hit on two laws signed by Gov. Kemp — the heartbeat bill and the election law modifications — that have majority support in the state before flying out the back door.

Then she landed in Florida, where no one can save Democrat gubernatorial candidate Charlie Crist. According to RCP, incumbent Gov. Ron DeSantis is extremely popular in Florida and is approaching a double-digit average lead. Jill Biden also appeared with Rep. Val Demmings, who is challenging incumbent Sen. Marco Rubio. Rubio’s lead has widened in the last few polls and is approaching DeSantis’s current average.

The New York Times also notes that Jill is showing her Edith Wilson. Or Eleanor Roosevelt, take your pick:

She is incredibly protective of Mr. Biden, and has been involved in the hiring of his press staff and other senior aides. (She vetted Jen Psaki, Mr. Biden’s first press secretary, alongside her husband.) She has been direct when she believes they have not protected him: After Mr. Biden delivered a nearly two-hour news conference in January, members of his senior staff were rehashing the appearance in the Treaty Room when the first lady appeared.

She pointedly asked the group, which included the president, why nobody stepped in to stop it, according to a person who was in the room. Where was the person, she demanded, who was supposed to end the news conference?

Perhaps Jill Biden is popular with Democrats. However, even Democratic voters reportedly approach her on the campaign trail with concerns that her husband is too old. It also appears that she was booed on Sunday in deep blue Philadelphia when she appeared on the field to perform the coin toss at the Eagles game against the Dallas Cowboys.

And then there is her wardrobe, which is becoming a running joke on the right. A Twitter account that goes by @Maga4Justice has made it her mission in life to find the piece of furniture that matches the First lady’s outfit at official functions. The thread starts here and is frighteningly accurate:

This is my new hobby.

Find the sofa the dress wa made from. pic.twitter.com/Urkl2K4u5t

It is not at all clear, given other polling, that Jill Biden’s trips will have any impact. And where they are deploying her is every bit as strange as her husband’s itinerary. Joe Biden appears to be going to states like Pennsylvania, Colorado, and Oregon, where he can only hurt candidates in increasing jeopardy. As the nation careens closer to November 8 amid rising gas prices, continued inflation, and President Biden’s disastrous foreign policy, the lead for Republicans in actual toss-up races and even some deep blue ones keep improving. With three weeks left, Jill Biden moving the needle in races that are not even toss-ups seems to be quite the Hail Mary.