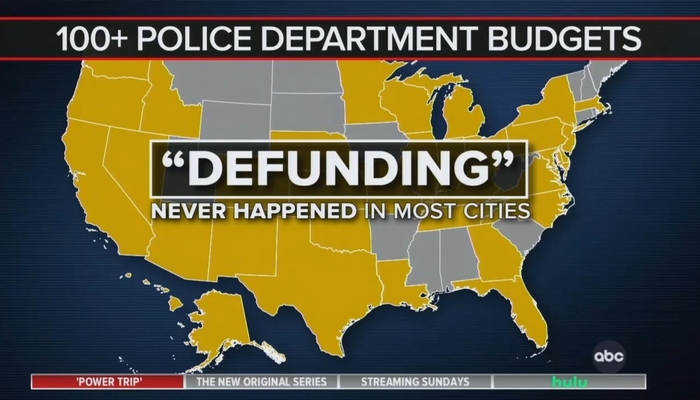 A review of the Sunday morning shows demonstrated they’re doubling down on defending Democrats. On This Week, ABC correspondent Pierre Thomas marshaled all the investigative energy of ABC stations across America who were studying city police budgets. They suggested Republicans were campaigning against “reality” when they objected to “Defund the Police” activists.

Most police budgets went up, but in some cities like Minneapolis, the police budget went down, and then public pressure caused them to reconsider.

On NBC’s Meet the Press, Latino activist Maria Teresa Kumar claimed that Biden’s political problem was sadly just a failure to communicate because Biden (unlike Trump) is a policy president. When you can’t seriously claim that liberal policies are working, you claim it’s just a communications problem for the Democrats.

CBS’s Sunday Morning preposterously suggested talk radio was uniquely divisive and terrible for America. Fill-in host Ted Koppel proclaimed “millions of Americans get their marching orders from the radio.” Conservatives are apparently automatons who just take orders, unlike supremely intelligent CBS viewers.Their talk-radio expert whined “It has unquestionably divided Americans. It has unquestionably hardened our politics.” Earth to CBS: this report is itself divisive.