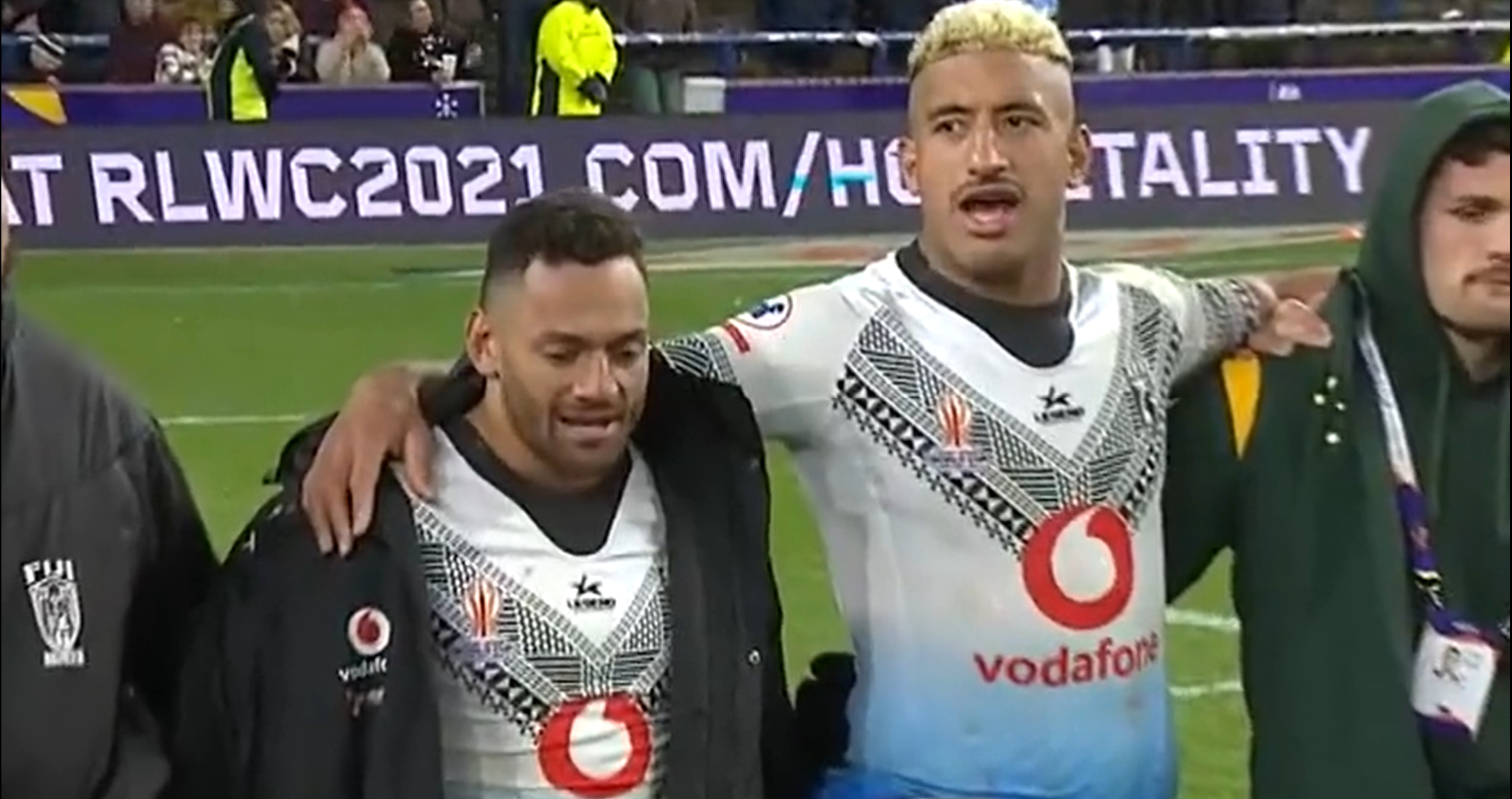 Rugby has recently become the latest sport to suffer the influence of progressive ideologies, but on Saturday night, Fiji’s rugby squad showed wokeness is not the only force strong at work in the sport. Immediately following a Rugby League World Cup match against Australia at Headingley Stadium in Leeds, England (which they lost handily, 42-8), Fiji’s players led a time of prayer and worship with their opponents in a huddle towards midfield.

The Fijian’s — who from this video did the majority of the joyful worship — were singing a song called “Noqu Masu,” which translates to “This is My Prayer,” and it is commonly sung by the Fiji national team before and after matches. In a world that is increasingly frowning upon demonstrations of spiritual beliefs — particularly the Christian faith — a team fervently worship God in as public a setting as this is one of the most uplifting things to see coming out of the sports news cycle in recent memory.

This not the first time the Fijian’s have done something like this. After they won their second consecutive gold medal at the 2020 Summer Olympics in Tokyo by defeating New Zealand 27-12 in the final, players gathered in joyous celebration to God and also sung a hymn of praise. The team’s win was one of the few bright spots for the diminutive island nation during the pandemic.

“The win is worth more than a gold to Fijians everywhere,” Fiji’s Prime Minister Frank Bainimarama said after the game. “Fijians love this game. It has always united us. (It) shows that we can achieve greatness no matter what the world may throw our way, even with COVID.”

Is the GOP Underestimating Joe Biden?
Robbery suspect won’t face murder charges in shooting of gas station clerk since suspect allegedly returned fire at clerk — which can be considered self-defense
Delta pilots would get more than 30% in pay raises under new contract deal
Iran reportedly threatened families of World Cup players with torture and death if athletes protest again
What I Learned in My Time With Chairman Bernanke