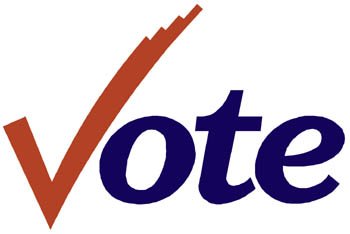 “Easy to vote, hard to cheat.” That’s been the watch phrase of conservative grassroots activists since the 2020 election, in which irregularities have been reported in multiple states — which left lingering doubts about the integrity of the election.

In the wake of that disputed 2020 election, conservative grassroots activists demanded action to secure future elections. The organization I lead, Tea Party Patriots Action, stepped up to respond to that demand.

Working in conjunction with others — like Heritage Action, Conservative Partnership Institute, Honest Elections Project and the Voter Reference Foundation at the national level and the Virginia Institute for Public Policy and Georgia’s VoterGA, among others, at the state level — our goal has been to build permanent election integrity infrastructure in every state and a local election integrity citizen task force in every county.

Resources are finite, so we began our project by focusing on key states: Arizona, Georgia, Nevada, Pennsylvania, Virginia and Wisconsin. We conducted statewide election integrity training tours in those states, spending several days across multiple cities in each state conducting seminars that taught grassroots activists the ins and outs of election integrity.

Then we added four more key states — Florida, Michigan, North Carolina and Colorado — and in those states and the original six participated in statewide summit meetings hosted by Conservative Partnership Institute on this crucial issue.

In addition, we’ve held more than 150 online training sessions over the last 20 months, and hundreds of online meetings to mentor and grow local task forces.

The results have been beyond expectations.

Across the nation, TPPA has trained more than 7,500 local activists on election integrity.

There are 42 Local Task Forces operating across the state, and 38 different grassroots groups have joined the statewide coalition as of the beginning of October.

In Arizona, we have trained more than 2,000 Poll Observers and 800 poll workers.

There is a Local Task Force in every one of Arizona’s 15 counties, and almost every legislative district has at least one person involved in election integrity training and education.

More than 6,000 activists have signed up to be poll watchers, and more than three-quarters of the priority shifts have been filled already. Compare that to 2020, when there were fewer than 500 poll watchers across the entire state, and you can see the new level of activism.

In Michigan, there are now 49 county election integrity task forces, covering more than half of the state’s 83 counties. In Wisconsin, there is now a statewide coalition organizer who is helping build the statewide coalition and has begun hosting weekly conference calls with grassroots activists and leaders of local task forces.

The heart of our system of representative government is the elections we conduct on a regular basis. These elections are the means by which we hold our elected leaders accountable. Without trust that these elections are free, and fair, and secure — that is, that the outcomes accurately represent the choice of the voters — our system will fail.

The good news is, Americans are, by their nature, optimistic and confident. We are self-starters. We don’t wait for someone else to take action, we take action ourselves.

In this case, we’ve flocked to fill the holes in the system by volunteering our time and effort to learn how to serve as poll Workers and poll Watchers, and we’ve signed up for the work, so that we and our fellow citizens can be assured that election outcomes truly and honestly reflect the choice of the voters.