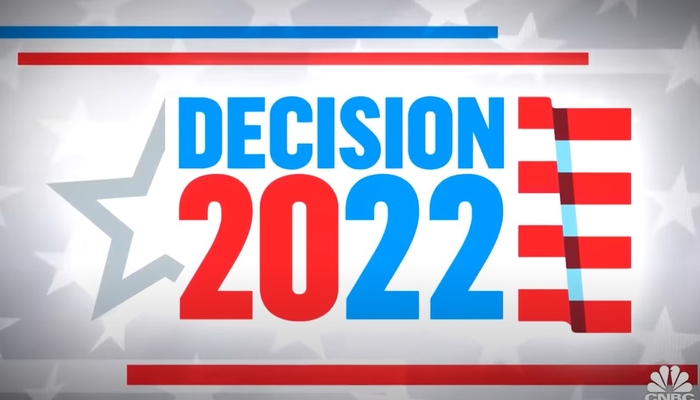 Oh the agony! The horror!

With polls predicting that there will, in fact, be a “Red Wave” by Republicans in the upcoming midterm elections, count on the hysteria to come from the liberal media.

Catch this headline over there at Fox News:

The story said, in part, this:

“Atlantic staff writer Tim Alberta said on The New York Times‘ “The Argument” podcast this week that he is ‘bed-wetting’ over the possibility that the country could be heading ‘toward a meaningful scale of civic violence.’

‘What we are discussing is some significant scale of semi-organized, lethal, civil conflict that is organized around not just political and ideological disputes but perceived threats to economies, livelihoods,’ he said.

MSNBC’s Mehdi Hasan expressed a similar take on his show this week, where he described the 2022 midterm elections as a choice between the dismantling of democracy or inevitable insurrection.”

Where to start with this bizarre hysteria?

All of these lefty luminaries insisting Trump was not a legitimate president and that, yes indeed, the 2016 election was stolen.

Not to be forgotten was this December 16, 2016 headline from, yes indeed, The Washington Post. It read:

The 2016 election was stolen. Got a nicer way to say that?

And just this year in September of 2022 The Post was at it again, headlining this about 2016:

Russia hacked our election because the spies took over

So what is abundantly in evidence is that the liberal media of the day believed all of this election denying. Which is why it made sure to give all of the above and their charges plenty of publicity.

But did democracy end after the 2016 election? Of course not.

Yet now, as another election looms that looks like it will go for the GOP, the liberal media panics yet again. In addition to The Atlantic’s Tim Alberta there was MSNBC’s Mehdi Hasan putting it this way:

“If the election deniers on the right win in 2022, in November, next month, to me, democracy looks like it’s over in America. Fascism is here to stay. And if they lose, we get maybe another insurrection, domestic terrorism, a civil war, God forbid.”

There was MSNBC’s Tiffany Cross insisting that:

“The train has left the station. There is no dealing with the rhetoric. At this point, we need to have serious conversations around preparing for actual violence. People keep saying a civil war is coming. I would say a civil war is here. And I don’t mean to be hyperbolic.”

Notable for its absence in a discussion that “fascism is here to stay” was any reference to the politicization of the FBI in the Biden era, the FBI raid on Trump’s Mar-a-Lago estate, the at- dawn armed raid of pro-life activist Mark Houck by some 20 FBI agents “wearing armor plated tactical vests, ballistic helmets and holding ballistic shields and long guns.” All of that in front of Houck’s seven young children and his wife.

Then there was the FBI costing United States Congressman Scott Perry, the Pennsylvania Republican, to confiscate his cell phone. And, memorably, swiftly surrounding My Pillow’s Mike Lindell at, of all places, a Hardees, to take his phone.

Now that is the criminalization of politics. But strangely the libs in the media could care less.

Let’s cut to the chase.

This liberal media theme that a Republican midterm election win means “civil war” “domestic terrorism” and more is what the psychiatry profession calls “projection” —  specifically defined as “attributing one’s own unacceptable urges to another.”

And note well this as from the Major City Chiefs Association (MCCA) as reported by the site Police: Law Enforcement Solutions in a 2021 “after-action” survey of the events of the summer of 2020 post the death of George Floyd.

And as headlined over at The Daily Signal?

Liberal Media Alternate Between Denying and Excusing Rioters and Looters

All of which is to say, for the liberal media, if Republicans win an election —  then its civil war. If Democrats win — democracy is Saved.