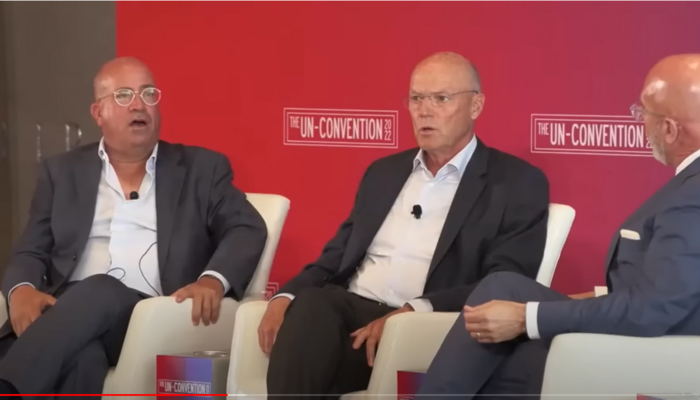 Zucker said “I think the answer is in the final two weeks, you know, it was looked at. We did not know enough about it.”  Predictably, Zucker stuck with “we didn’t trust the messenger,” and it was somehow too late to begin looking into Hunter Biden – as if impeaching Trump over Hunter Biden wasn’t enough reason to do more reporting on Hunter Biden. “There was not you know, there was not within two weeks of the election, the ability when the messenger on that story was Rudy Giuliani,” Zucker continued as the audience groaned, adding:

Okay. No, I mean but I mean, that’s the problem. It’s like you’re going to give a lot of legitimacy to Rudy Giuliani delivering, you know, he’s got the goods? So part of the issue with that story was who was delivering the goods? Okay. That’s one. That doesn’t mean that we didn’t look into it.

This was obviously not the way CNN treated the Trump children, especially Donald Trump Jr. meeting with Russians in 2016 in order to get negative information on Hillary Clinton. CNN never acted like “meh, son of the candidate.” Zucker continued:

The question that you’ll come back with is, well, but what role did the candidate play in his business dealings? You know, frankly, with ten days or two weeks to go, it was looked at by very credible organizations, including The Wall Street Journal —Rupert Murdoch’s Wall Street Journal — and they found nothing at that time.

Okay? So my point is, it’s easy to say we should have spent more time on that. Listen, do I think it’s legitimate to look at. Sure. Do I think that like it’s a legitimate criticism to say that in the ten days, 14 days prior to the election, you didn’t spend enough time on it? Not really.

Phil Griffin’s defense of MSNBC was even worse. “He was never arrested. The Justice Department was looking into it, never reported it until he is the son of a candidate. I don’t think it’s a main story until that happens,” Griffin said. He claimed NBC News looked into it, that “Tom Winter and Ken Dilanian did a great job. They met with Rudy. He brought a couple of pages printed out from the so-called, from the, from the computer. They asked for a digital copy of it. They didn’t get it. But I don’t think it was a big story before the election because he was never found. He was never charged.“

Zucker then had the chutzpah to shoot back at Smerconish, asking if he talked about Hunter on his Saturday CNN show. “You probably had two shows…Did you cover it?” Smerconish said no, but he talked about it on his radio show.

“Did I tell you not to cover it?” Zucker followed up as Smerconish answered. “Definitely not.”

But when a CNN employee knows how much the CNN brass wants to defeat Trump, wouldn’t it be safe to assume they don’t want Hunter Biden talk in October of 2020? Smerconish said he regretted not addressing the issue at the time.