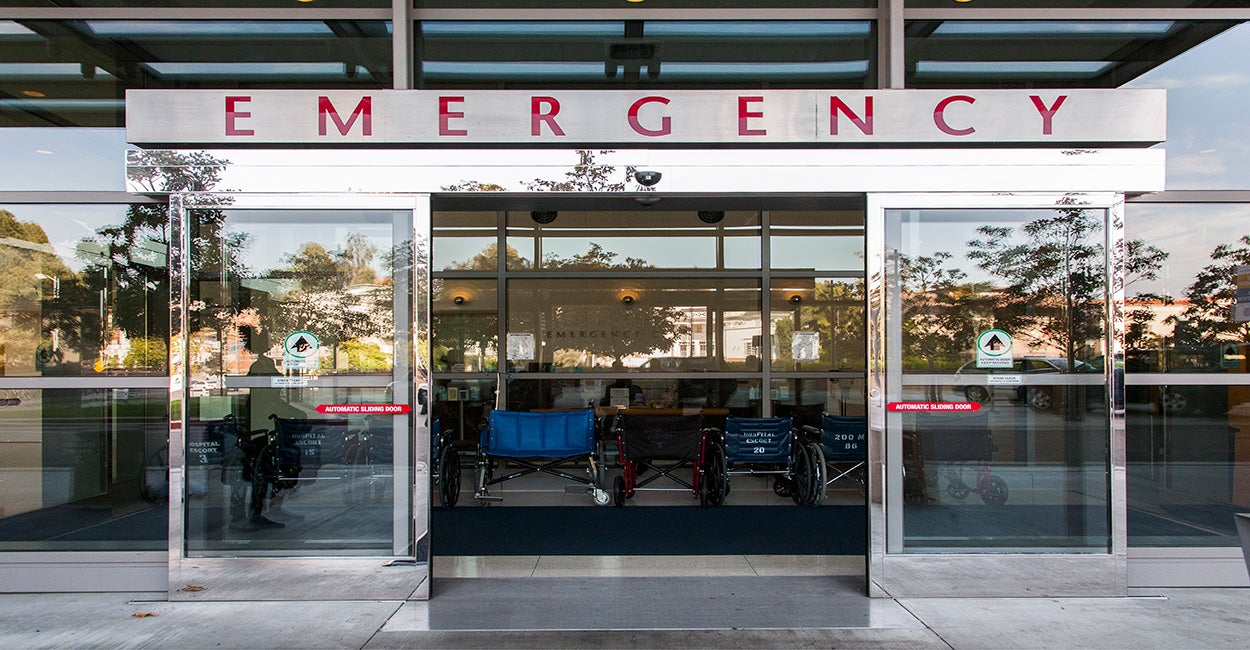 The Washington Post published a story on Monday that carried the following headline: “Spread of Catholic hospitals limits reproductive care across the U.S.”

What did the newspaper mean by the euphemistic term “reproductive care”?

It meant, among other things, terminating a human life.

The subhead to the story said: “Religious doctrine restricts access to abortion and birth control, and limits treatment options for miscarriages and ectopic pregnancies.”

“Catholic systems now control about 1 in 7 U.S. hospital beds, requiring religious doctrine to guide treatment, often to the surprise of patients,” said The Post. “Their ascendancy has broad implications for the evolving national battle over reproductive rights beyond abortion, as bans against it take hold in more than a dozen Republican-led states.

“The Catholic health care facilities follow directives from the U.S. Conference of Catholic Bishops that prohibit treatment it deems ‘immoral’: sterilization including vasectomies, postpartum tubal ligations and contraception, as well as abortion.”

The USCCB’s “Ethical and Religious Directives for Catholic Health Care Services” is, in fact, a simple, straightforward document based on moral principles that should guide all health care decisions—whether made in a Catholic hospital or not.

“The moral teachings that we profess here flow principally from the natural law, understood in the light of the revelation Christ has entrusted to his Church,” it says.

“First,” it says, “Catholic health care ministry is rooted in a commitment to promote and defend human dignity; this is the foundation of its concern to respect the sacredness of every human life from the moment of conception until death.”

“I will give no deadly medicine to any one if asked, nor suggest any such counsel; and in like manner, I will not give to a woman a pessary to produce abortion,” says the Hippocratic Oath, which, according to Britannica online, dates back to 400 B.C.

The Post cites a report by what it calls “the liberal health advocacy organization Community Catalyst” to demonstrate the degree to which the Catholic Church provides health care in the United States.

“Four of the nation’s 10 largest health systems are now Catholic, according to a 2020 report by the liberal health advocacy organization Community Catalyst,” said The Post.

This report—titled “Bigger and Bigger: The Growth of Catholic Health Systems”—perceives it as a problem that the Catholic Church has built hospitals in communities where other organizations have not. It also perceives the government’s significant role in health care—through Medicare and Medicaid—as a potential source of leverage over Catholic hospitals.

“Catholic hospitals and health systems receive nearly $48 billion in taxpayer money each year, in the form of Medicare and Medicaid reimbursements, while maintaining and seeking expansion of government permission to use religious doctrine to restrict care,” says the Community Catalyst report.

In other words, this report is suggesting that Catholic hospitals need “government permission” to act in accordance with the Catholic faith.

How do Catholic hospitals behave in a Catholic manner?

“Federal and state exemptions have allowed such hospitals to refuse to provide some of the care that conflicts with Catholic doctrine, such as abortion and sterilizations,” says the Community Catalyst report.

“The ever-expanding use of religious doctrine to restrict and deny access to health care is threatening individual patient ability to obtain timely, affordable access to a range of vital health services locally,” the report says in its conclusion. “This is particularly true in the 52 communities around the country where patients have only a Catholic hospital available, and in the states where 30 percent or more of acute care hospital beds are located in Catholic hospitals.

“Steps must be taken to restore patients’ rights in the face of federal policies and court decisions that give preference to the rights of institutional health providers to deny care they deem objectionable,” says this report. “Patients must be protected from discrimination in access to health care and helped to obtain needed reproductive health services, LGBTQ-inclusive care, and legal end-of-life treatment options.”

Should Catholic hospitals be forced to act contrary to Catholic teaching?

“For those communities where patients have no other option besides a Catholic hospital, the federal designation of ‘sole community hospital,’ which carries with it supplemental funding, should include stronger requirements to ensure that patients are informed about where to obtain needed services and aided in obtaining those services,” says the report.

“In emergency situations, sole community hospitals should be expected to provide the needed care,” it says.

The battle over freedom of conscience is nowhere near over in this country.

Joe Scarborough’s Sudden Respect on Conservative SCOTUS Justices vs. Trump
Is Patagonia the end game for profits in a world of climate change?
Wall Street Journal gets torched over softball op-ed claiming FTX went bankrupt because supporters lost faith in its founder
Musk: Twitter Has ‘Freedom of Speech,’ Not ‘Freedom of Reach’
Paramount scraps deal to sell Simon & Schuster to Penguin weeks after judge rejected merger