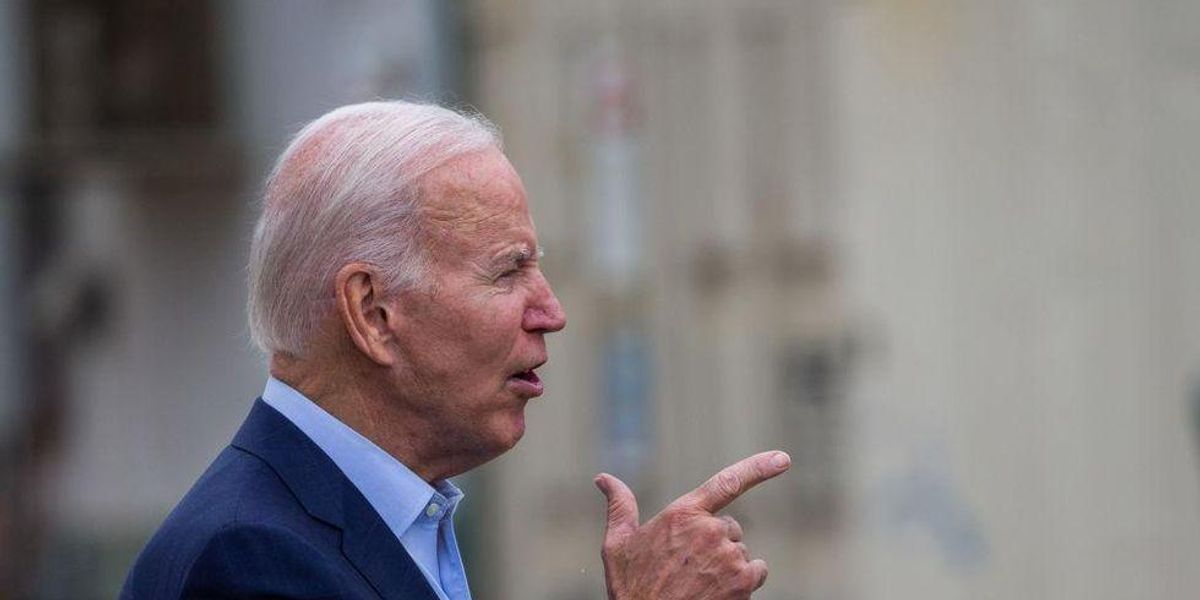 Americans continue to get hammered by soaring prices as the 2022 midterms draw near, a trend that could bode ill for Democrats as they seek to cling to control in both chambers of Congress next month — but President Joe Biden is claiming that costs would rise if Republicans gain control of the nation’s legislature.

“Republicans in Congress’ number one priority is repealing the Inflation Reduction Act. That’s the exact wrong thing to do in this moment. If Republicans take control of Congress, everyday costs will go up – not down,” Biden said in a statement on Thursday.

“The Consumer Price Index for All Urban Consumers (CPI-U) rose 0.4 percent in September on a seasonally adjusted basis after rising 0.1 percent in August,” according to the U.S. Bureau of Labor Statistics. “Over the last 12 months, the all items index increased 8.2 percent before seasonal adjustment,” the report noted. “The all items index increased 8.2 percent for the 12 months ending September, a slightly smaller figure than the 8.3-percent increase for the period ending August.”

Roaring inflation has been robbing Americans by eroding the purchasing power of their hard-earned money.

Republican Rep. Cliff Bentz of Oregon pointed to the American Rescue Plan, which passed last year, as a major culprit for the nation’s raging inflation problem — he said “that tsunami of money being dumped into our economy … drove up inflation.”

u201cJoe Biden has sent us down a path that has led us to the inevitable: soaring inflation. nnWe MUST put an end to reckless and unnecessary spending.u201d

“While the Fed has finally woken up to the inflation reality, it’s going to take both fiscal and monetary policy to ease the daily inflation tax on Americans. Yet the Biden administration is throwing more fuel on the fire, most recently with its student loan forgiveness plan,” GOP Sen. Pat Toomey of Pennsylvania tweeted. “Stop the reckless spending that’s killing family finances once and for all,” another tweet added.

“Remember when the Democrats passed the so-called ‘Inflation Reduction Act’ and promised it would lower inflation? The 8.2% rate shows what a boldfaced lie that was,” GOP Rep. Lisa McClain of Michigan tweeted.

u201cRemember when the Democrats passed the so-called “Inflation Reduction Act” and promised it would lower inflation?nnThe 8.2% rate shows what a boldfaced lie that was.u201d

Golfer accused of biting off fellow player’s nose during bitter dispute over round
Is Trump Costing the GOP the Senate Seat in Georgia Again?
Who will be Disney’s next CEO? Here are the top contenders to succeed Bob Iger
Don’t Confuse Trusting the Experts with Knowing the Facts
Is the GOP Underestimating Joe Biden?