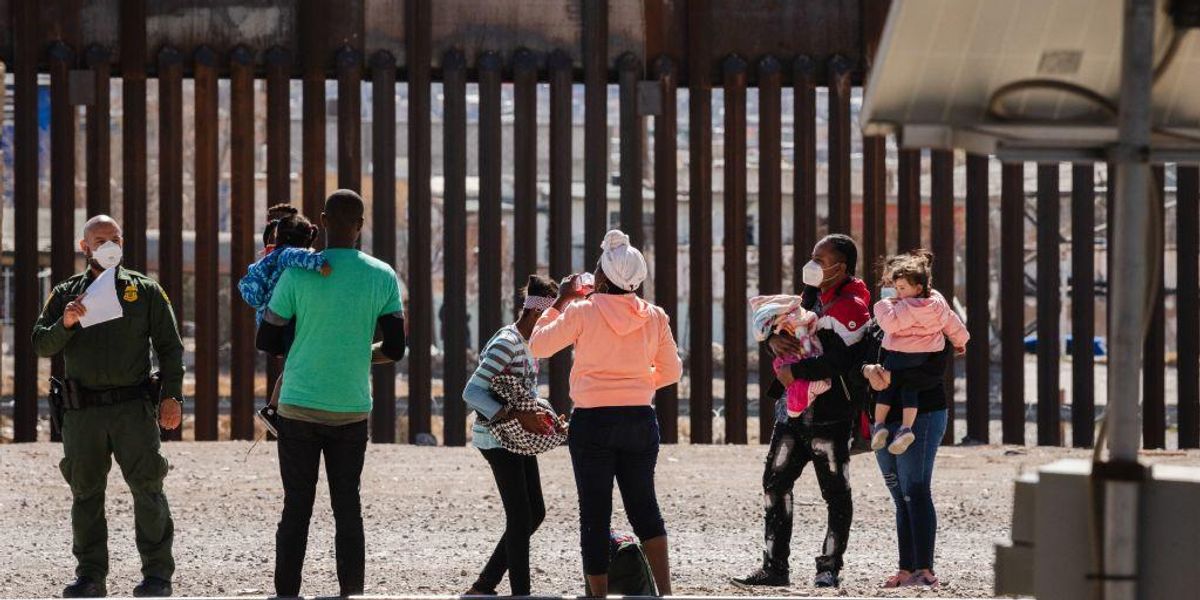 On Wednesday, the Biden administration announced that it would grant 24,000 Venezuelan migrants humanitarian entry through air travel as part of a deal with Mexico. In exchange, future Venezuelan border-crossers will be expelled back to Mexico.

The humanitarian entry will only be granted to Venezuelans with U.S. sponsors who can prove that they can support the migrant for up to two years financially. The program would not apply to those already in America.

Officials noted that Venezuelans who illegally cross into the U.S., Mexico, or Panama after the Wednesday announcement would not be eligible for the entry program. The administration hopes that the program will encourage asylum-seekers to fly instead of traveling by foot to the southern border.

“These actions make clear that there is a lawful and orderly way for Venezuelans to enter the United States, and lawful entry is the only way,” U.S. Secretary of Homeland Security Alejandro Mayorkas said. “Those who attempt to cross the southern border of the United States illegally will be returned to Mexico and will be ineligible for this process in the future.”

Mexico has also requested that the U.S. provide an additional 65,000 temporary visas to migrants for non-agricultural jobs. The Biden administration plans to reserve 20,000 spots for Central Americans and Haitians.

As part of the southern border deal, Mexico has agreed to “temporarily” grant access to migrants through the U.S. border but did not specify how many it would accept. Previously, Mexico has generally refused to take back migrants who had illegally crossed into America.

While it is unclear how the Biden administration arrived at the number of 24,000, the entry program is modeled after the “Uniting for Ukraine” program, which granted Ukrainian asylum-seekers access to the U.S. Similarly, applicants had to secure an American sponsor.

During Biden’s term in office, a record-breaking 1 million illegal immigrants have been released into the United States while awaiting deportation proceedings in immigration court, the New York Times reported. That total does not account for the hundreds of thousands who have slipped into the country undetected.

Between October 2021 and August 2022, over 150,000 Venezuelan migrants were apprehended at the southern border. During that period, Venezuelans accounted for only approximately 7% of all border crossings.

John Thomas, a Republican strategist, told the New York Times that the announcement was simply a calculated political decision with midterms around the corner.

“This is more of an effort to soften people’s anger on what’s happening on the southern border,” Thomas said. “It also gives the administration a talking point that they are ‘doing something.'”

A time frame for the admissions has not been provided.