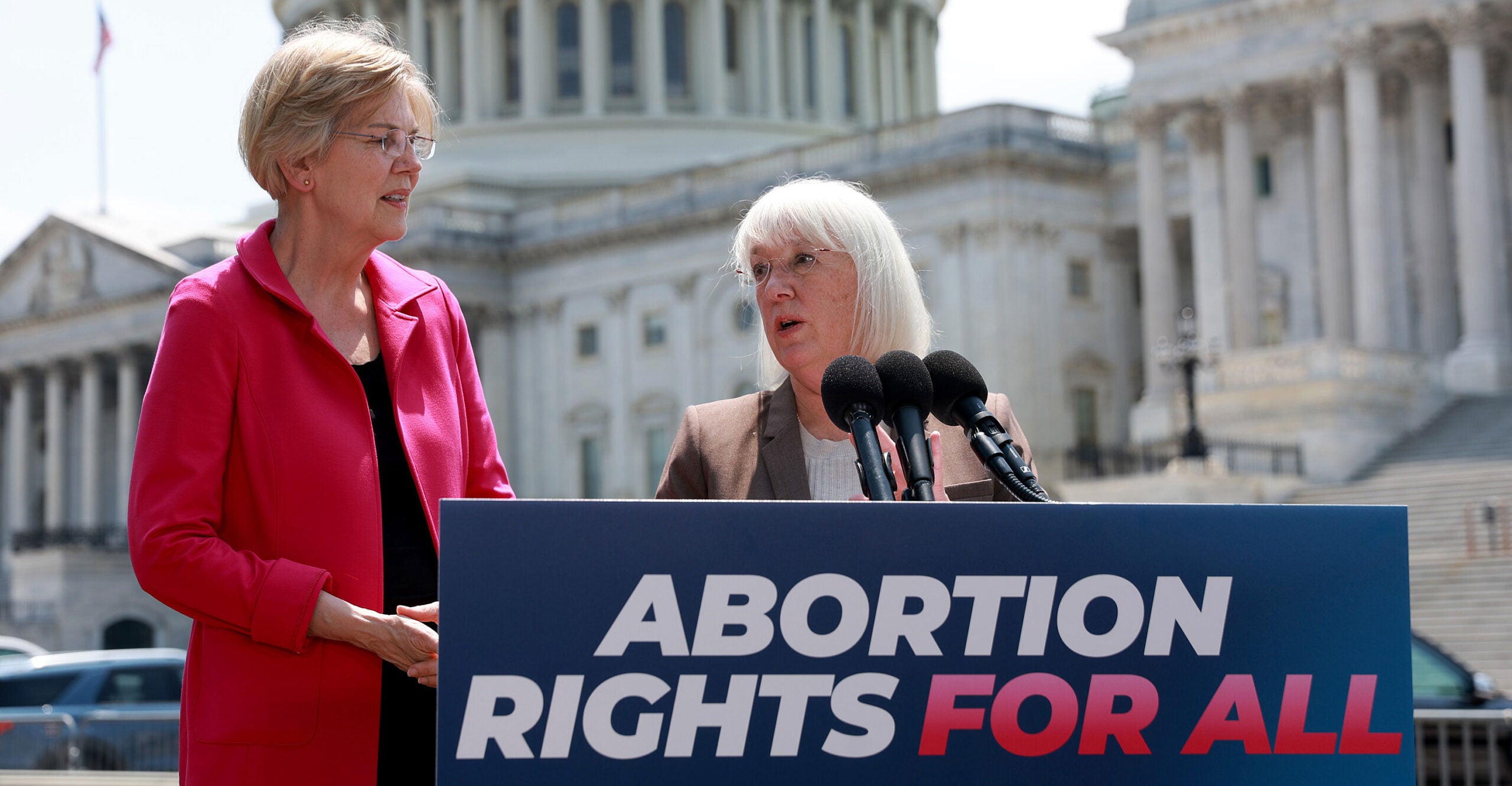 Imagine being a powerful U.S. senator and dedicating yourself to harassing community-based organizations that provide free material, medical, counseling, and other support to pregnant women in need.

Imagine making this your priority in an environment where millions of women desire and depend on such help, and giving your tacit approval to a cadre of shadowy groups already inflicting destructive vandalism on those charities.

Sen. Elizabeth Warren, D-Mass., who called for a “crackdown” on pro-life pregnancy resource centers in a Senate speech on Aug. 4, is now spearheading a new assault on those agencies because they don’t support her radical position of abortion with no restrictions right up to birth.

Just as disturbingly, Warren’s assault comes as some in the executive branch ignore criminal violence committed against lawful charities that millions of women rely on.

Warren and six other Democratic senators have launched an unfounded and illegitimate?inquiry against Heartbeat International, the world’s largest network of pro-life pregnancy care centers, with locations in every state and dozens of foreign countries.

These community-based organizations have a proven track record of successfully helping women with unplanned pregnancies for decades. They have labored ceaselessly, and at little to no taxpayer expense, to provide hope when there was nowhere else to turn—including in the very states and communities these seven senators represent.?

The three-page letter, led by Warren, featured a litany of questions about adherence to medical record-keeping and data storage laws with no credible grounds for attacking.?

Heartbeat International’s calm and clear-headed response treated the letter as nothing more than a “stunt” for political gain:

“What we do is safe, secure, and legal. Heartbeat has been providing help for more than [50] years and never once did we receive any of these questions or concerns until recently, and then from those with a clear abortion agenda.”?

Missing from Warren’s letter was any concern about, or even acknowledgment of, the more than 65 acts of violence committed against pregnancy care centers, including vandalism, firebombings, and other attacks, since the May 2 leaking of the draft opinion of the U.S. Supreme Court decision in Dobbs v. Jackson Women’s Health Organization, which overturned Roe v. Wade.?

Those attacks have interrupted care for the 2 million women, men, and youths served at life-affirming pregnancy centers annually and have put the integrity and safety of their patient records at risk of destruction or compromise.?

Noxious as the senators’ harassment letter is, it’s equally unwise as the political maneuver that it is.

Americans disagree about aspects of the abortion issue, but only a handful of radicals are opposed to women receiving free ultrasounds, baby furniture, clothing, supplies, parenting classes, and access to an incalculably valuable network of love and support.

In the United States, national studies have measured the impact of 2,700 of the nearly 3,000 total centers from anonymized and aggregate data.

Upwards of 86% provide free, evidence-based prenatal and parenting education to women and couples. Eight in 10 provide free pregnancy-confirmation ultrasounds, which communicate scientific truth about the lives of unborn children and the safety of the mother, and 94% provide direct material assistance to mothers.

In addition, one in four provide testing for sexually transmitted disease as well as childbirth classes, and 1 in 5 offer?breastfeeding consultations.?

The centers provide all of this care with the assistance of more than 10,000 licensed medical professionals and 54,000 volunteers. (Eight in 10 workers at centers are volunteers.)

Low- and no-cost support and health care like this are emboldening and empowering women, strengthening parents and families and, yes, have saved more than 800,000 children’s lives nationwide just since 2016.?

While pregnancy care centers are a long-standing force for good in American communities, these seven Democratic senators have shown they will do almost anything to quash alternatives to abortion with no restrictions until birth.

What these seven elected officials should do is take a step back from partisan invective and actually visit a pregnancy care center in their own state. By talking with the very women and families whose lives have been changed for the better by visiting a center, they will find goodwill and excellence in care that reach far beyond the value of Big Abortion’s dollars.

Visiting a pregnancy resource center, rather than launching screeds by mail, would be a lovely and enlightening thing to do.

Have an opinion about this article? To sound off, please email letters@DailySignal.com and we’ll consider publishing your edited remarks in our regular “We Hear You” feature. Remember to include the url or headline of the article plus your name and town and/or state
.

‘Reckless driver’ crashes truck into two cars at a Walmart. Police said it was a dog with a ‘guilty look’ on its face.
Train Robbers
Hate speech surged on Twitter after Elon Musk’s takeover, new research shows
WashPost Arrives on Twitter Files on Hunter Biden: Not Even Close to a ‘Bombshell’!
The Kruiser Kabana Episode 203: Elon Musk and the Complete Psychotic Break on the American Left