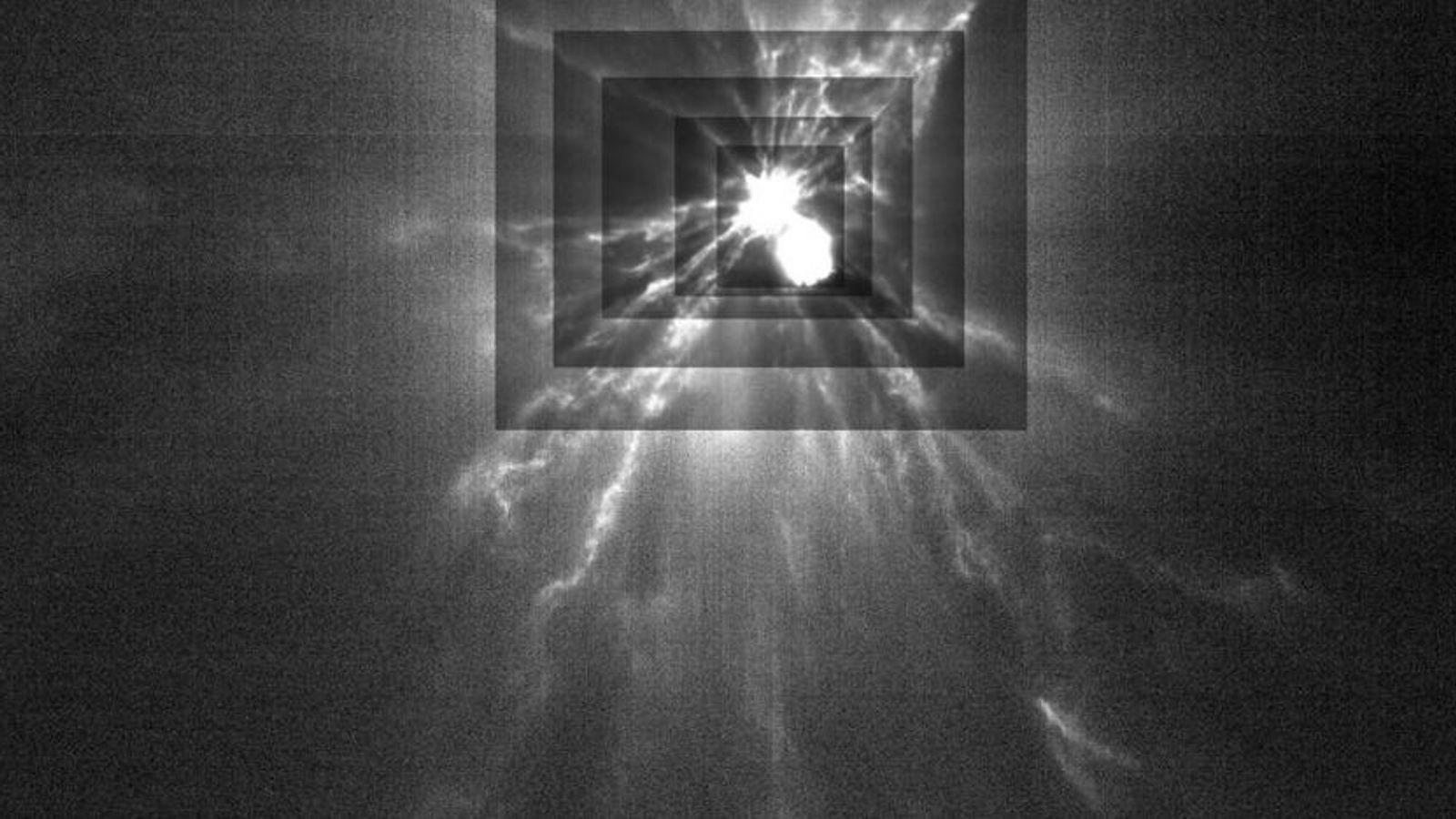 NASA has said a spacecraft that deliberately crashed into an asteroid last month has successfully shifted its orbit.

Findings of telescope observations showed that the suicide test flight of the Double Asteroid Redirection Test (Dart) spacecraft on 26 September achieved its primary objective: to change the trajectory of the asteroid.

NASA attempted the first test of its kind to see if in the future a celestial object could be nudged out of Earth’s way.

Its success marks the first time humans have changed the motion of such an object.

“This mission shows that NASA is trying to be ready for whatever the universe throws at us.”

The Dart probe hurtled into the egg-shaped asteroid Dimorphos as part of the first-ever trial of a “planetary defence system”.

The spacecraft carved a crater into the asteroid, hurling debris out into space and creating a cometlike trail of dust and rubble stretching several thousand miles.

Images released by NASA show the Dimorphos asteroid after the Dart spacecraft made impact.

The space agency says as new data comes in, astronomers will be able to better assess whether, and how, a mission like Dart could be used in the future if we ever discover an asteroid headed our way.

It took days of telescope observations to determine how much the impact altered the path of the 525ft (160m) asteroid around its companion, a much bigger space rock.

Launched last year, the vending machine-size Dart was destroyed when it slammed into the asteroid 7 million miles (11 million kilometres) away at 14,000mph (22,500kph).

The $330m (£300m) mission, which was seven years in development, targeted the asteroid, which was roughly the size of a football stadium and orbiting a parent asteroid about five times bigger called Didymos once every 11 hours, 55 minutes.

US Vice President Kamala Harris congratulated the team on Twitter after the space agency revealed the news.