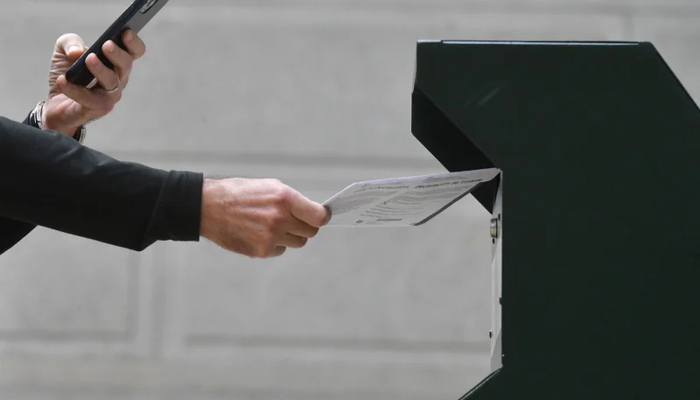 It appears that leftist, George Soros-tied PolitiFact is now running interference for a group that worked with the federal government and Big Tech to censor online speech in 2020. The EIP worked with the federal government and Big Tech to censor online speech in 2020. But PolitiFact claimed that credible allegations of EIP working to censor conservatives were “false.”

PolitiFact, which is part of the Soros-funded Poynter Institute’s International Fact Checking Network (ICFN), chose an Instagram post from former Tennessee Republican congressional candidate Robby Starbuck to fact-check, parroting EIP’s own defenses of the supposed integrity of its work. Meta platforms Facebook and Instagram regularly use IFCN fact-checkers to censor speech the platforms find objectionable. The statement that the “Department of Homeland Security and the State Department coordinated with a group called the ‘Election Integrity Partnership’ to censor Joe Biden’s opponents” is “false,” PolitiFact pontificated.

The fact-check tried to downplay what critics pointed out, that EIP censored conservatives. PolitiFact also whitewashed the fact that the Democratic National Committee was one of three leftist groups that EIP gave the ability to file “tickets” requesting Big Tech censorship.

For instance, PolitiFact noted that 72 percent of EIP’s work involved targeting posts “delegitimizing the election results.” This is the catchphrase leftists use to downplay potential evidence of 2020 election foul play.

PolitiFact does not have a good track record of objectivity. The fact-checker published an article in October 2020 claiming that a supposed screenshot of Hunter Biden correspondence included in the New York Post’s bombshell report on the Hunter Biden laptop scandal had no information “that would help establish the authenticity of an email.” Although leftist New York Times verified the emails in March, PolitiFact has not corrected its article. A Media Research Center poll, conducted by McLaughlin & Associates, found that censorship of the Hunter Biden scandal helped steal the 2020 election for President Joe Biden. A NewsBusters study also showed that PolitiFact was almost six times more likely to defend Joe Biden than check his facts.

It is also significant that all the partners in the 2020 EIP project received $2 million or more in federal grants since Biden took office.

The EIP statement alleged, “CISA did not send any examples of potential misinformation to EIP.” This does not explain away EIP’s  reported collaboration with the State Department.

PolitiFact acknowledged State Department involvement but alleged, “There’s no evidence the partnership or government agencies working with it sought to ‘censor’ conservatives.”

No evidence? Page 188 of the EIP report cited by PolitiFact includes a list of “right”-leaning politicians, commentators, publications and groups that it flagged as “Repeat Spreaders of Election Misinformation.” EIP used this list directly to ask Big Tech companies to quash supposed “misinformation,” a.k.a., “right”-leaning perspectives on current issues.

PolitiFact did not respond to an MRC Free Speech America request for comment by publication time.

Conservatives are under attack. Contact your representatives and demand that Big Tech be held to account to mirror the First Amendment. If you have been censored, contact us using CensorTrack’s contact form, and help us hold Big Tech accountable.