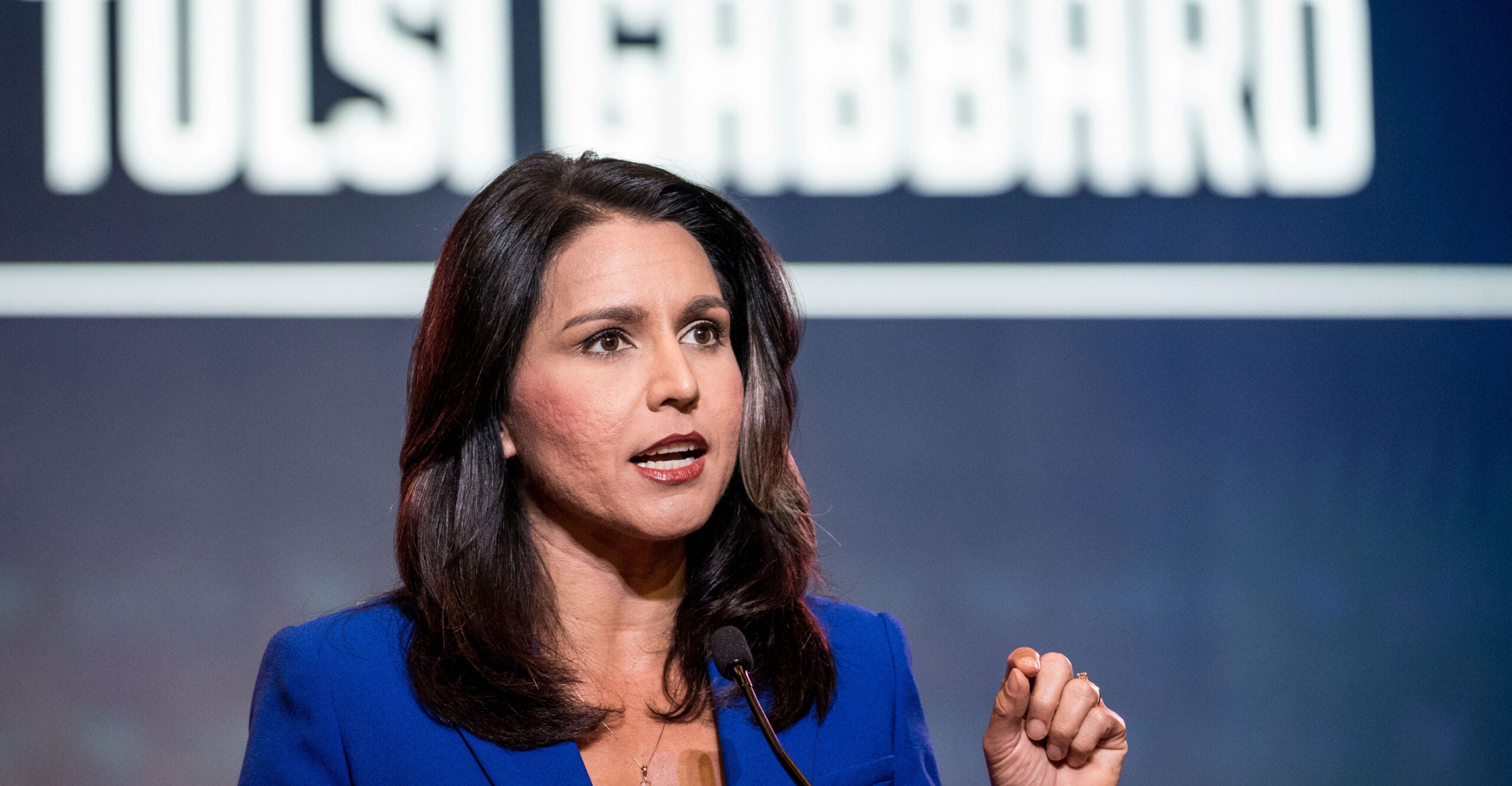 “I can no longer remain in today’s Democratic Party.”

That was the message former Rep. Tulsi Gabbard, a now-former Hawaii Democrat, delivered Tuesday. Her message was clear: the Democratic Party has gone off the deep end of left-wing extremism.

In a 30-minute video announcing the launch of her podcast and an accompanying essay on Substack, Gabbard, 41, announced that she’s leaving the Democratic Party and laid out her reasons for doing so.

This move, it seems, has been in the works for a while.

Gabbard, who served four terms representing Hawaii’s 2nd Congressional District from 2013 to 2021, had become increasingly critical of her now-former party’s direction. It seems she has now opted for a hard break with her former allies.

As with the Declaration of Independence, Gabbard laid out her specific reasons for the separation.

The general theme of Gabbard’s “farewell” letter was that the Democratic Party’s abandonment of some core principles, along with the increasing “wokeness” and anti-family nature of the party, drove her away.

The former Hawaii lawmaker and onetime vice chairman of the Democratic National Committee said that opposition to war and standing up “for the little guy” were issues that initially attracted her to the Democratic Party.

However, Gabbard said that the Democratic Party has changed and “is now under the complete control of an elitist cabal of warmongers driven by cowardly wokeness.” The Democratic Party of today, she said, is dividing the country with racialism and stokes “anti-white racism.”

Democrats “actively work to undermine our God-given freedoms enshrined in our Constitution, are hostile to people of faith and spirituality, demonize the police and protect criminals at the expense of law-abiding Americans,” Gabbard said, referring to the wave of violent crime that has gripped the country over the past few years.

Democrats, as they now would rather you to forget, were widely supportive of the “defund the police” movement in 2020—though they’ve since tried to distance themselves from it due to its widespread unpopularity.

Gabbard, a lieutenant colonel in the U.S. Army Reserve, also lambasted the Democratic Party’s foreign policy, saying that the “party is led by warmongers who are firmly in the grips of the military industrial complex, and don’t know or care about the cost of war, or who pays the price.”

She also condemned the use of federal agencies to harass and intimidate political opponents.

“By weaponizing the security state and federal law enforcement for their own partisan political ambitions, Democrat leaders are undermining the rule of law and turning our democracy into a banana republic,” Gabbard said.

Gabbard sharply criticized the recent move by the Department of Justice to investigate parents protesting radical curriculums in schools. A year ago, Attorney General Merrick Garland wrote an ominous memo, calling on the FBI to investigate “violent threats against school officials and teachers.” That was despite the fact there was no evidence that parents were threatening schools in any way.

Garland’s memo was a clear shot at parents who protested the inclusion of critical race theory and other far-left ideas in their school’s curriculum.

She said that while inappropriately using federal agencies, the Democratic Party has been intentionally undermining constitutional institutions that they don’t directly control, such as the Supreme Court.

“[Sen.] Elizabeth Warren and [Vice President] Kamala Harris claim the Supreme Court is illegitimate simply because they disagree with its rulings,” she said. “The Biden administration stood by and did nothing as activists protested outside the homes of Supreme Court justices during all hours of the day and night, in clear violation of federal law.”

Gabbard is correct about how Democrats treat the Supreme Court and any institution they don’t have control over. Some leading Democrats have been open about their desire to pack the Supreme Court with their favored appointees–perhaps in an effort to intimidate the court into compliance.

The Hawaiian ex-representative said that the Democratic Party “does not believe in our constitutionally protected right to free speech.” She noted that the freedom of thought and expression are cornerstones of “flourishing democracy.”

She said that Democratic Party leaders no longer stand for that and are using their power to silence dissent:

They are led by fanatical ideologues who pose a threat to our democracy because they don’t believe in freedom — freedom of speech, freedom of thought, freedom of religion. They try to censor speech they don’t like, labeling it as “misinformation,” “hate speech,” or “violent speech.”

They work hand-in-glove with corporate for-profit media and Big Tech to smear and silence political opponents and those who dare to challenge their authority, exposing their insecurities.

Gabbard pointed to what was dubbed “the Ministry of Truth” that the Biden administration launched and then disbanded earlier this year after it received withering criticism. She said it appeared to be designed to “control what information we are allowed to read, hear, and say.”

Did the Biden administration really understand the toxic nature of the Homeland Security Department’s so-called Disinformation Governance Board, or did it back down because it got caught, and its appointee, Nina Jankowicz sounded in a TikTok video she posted like a demented, censorious Mary Poppins?

Either way, it was shameful that any such government agency was ever seriously considered in the first place.

“How can a political party that is opposed to freedom be trusted with our democracy?” Gabbard asked rhetorically. “They can’t be.”

Finally, Gabbard highlighted how the Democratic Party has attempted to erase the biological distinctions between men and women, “denying the existence of objective truth.”

Not only that, but Democrats are also trying to get between children and their parents, she said, “claiming the government knows what’s better for your children than you do.”

As Gabbard pointed out, radical ideas about gender transitioning children aren’t just relegated to fringe activists. They are being turned into federal policy by the Biden administration.

Your kids will get transitioned whether you like it or not seem to be the administration’s ethos.

Gabbard’s essay, which is worth reading in full, highlights the changing dynamics of politics in America. She ran for president as a Democrat in 2020, but it’s clear that her views are increasingly out of step with the party’s leadership.

Does this mean Gabbard is a “conservative” or a Republican? No, not necessarily. She didn’t announce a move to join the Republican Party or another political organization.

Her views on some issues–notably, abortion–still place her outside of the mainstream right, as my colleague Mary Margaret Olohan pointed out:

Still, it may very well be a sign that Democratic voters with some of Gabbard’s concerns might seek out new ideas and new allies. At the very least, it’s nice to see someone with backbone be unafraid to direct fire at the Democratic Party’s far-left turn.

Newsmax’s Chris Salcedo Slams Media for Silence on Dem Anti-Semites
8 Times C.S. Lewis Displayed Brilliant Political Commentary in the Chronicles of Narnia
It Is Time to End the COVID-19 Vaccine Mandates
Ron DeSantis has a new book coming out in early 2023
Prince of Wales announces winners of Earthshot Prize – here are the five who scooped £1m