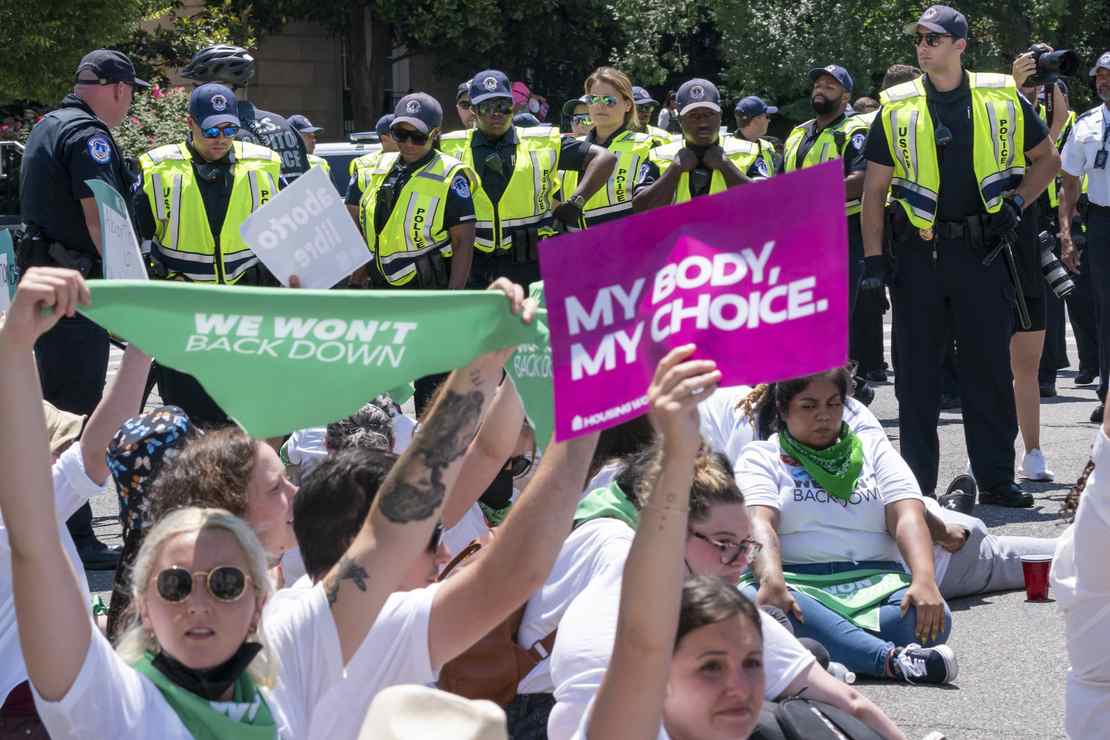 It’s incredible how quickly Democrats thought they’d succeeded in staving off a red wave in November and how quickly that narrative evaporated. For weeks, we were told — quite specifically — that liberal women would vote in droves this “Roevember” in retaliation for the Dobbs v. Women’s Health Organization ruling, which overturned Roe v. Wade and returned the responsibility of regulating abortion to the states.

In fact, for a while, it appeared as though the nature of the 2022 midterm elections had changed. According to polls, liberal women with a soft spot for abortion were more motivated to vote than before. In the grocery store last month, I noticed a rather homely woman sporting a “See you in Roevember” t-shirt.

While the left hoped things would change in their favor because liberal women would form a blue wave to block the red wave, it’s been clear to me that the impact of Dobbs on the enthusiasm of liberal pro-abortion women would be short-lived. Last month, a YouGov poll found that liberal women weren’t even the most motivated to vote in November. It was actually Republican men.

Now, a new poll shows that Roevember isn’t going to happen. Why not? Because Republican women are more likely to vote in the 2022 midterm elections than Democratic women or Independent women, according to a new Morning Consult poll released on Friday.

Republican women (73%) are more likely than Democratic (64%) or independent women (52%) to say they’ll definitely vote in the 2022 #MidtermElections.

But, but, but — what happened to Roevember? Reliable sources said Roevember was coming!

Not only is it not coming, but it appears that the Dobbs decision hasn’t even given Democrats an edge over historical trends.

“The Republican advantage on the likelihood of participation question is in line with historical precedent, where the out-of-power party is more motivated to show up in a midterm election,” Morning Consult explains.

Despite the doom their own poll predicts for Democrats, Eli Yokely of Morning Consult still tries to give Democrats a glimmer of hope by pointing out that “other surveys have shown that Democrats have an enthusiasm advantage over the GOP, implying the figures could change over the coming weeks.”

It’s a cute story. But as I’ve been pointing out for weeks now, Dobbs won’t save the Democrats in November. Dobbs wasn’t helping Democrats enough even when gas prices were going lower. Now, they’re trending up again and may continue to do so through Election Day.

Abortion was never a top issue for Americans, and as economic factors worsen, the Democrats will pay an even bigger price. Republicans are successfully using the issue of crime again Democrats, making various races that were previously written off into potential wins for the GOP. That trend is only going to continue with gas prices headed back up.

Sorry, Democrats: Roevember has been canceled.

CBS’s Brennan Frets ‘Right-Wing’ Israel Will Ban Gay Pride Parades
Why This Graphic Designer Can’t Be Forced to Endorse Same-Sex Marriage
REPORT: Top Aide To John Fetterman Is Outspoken Court-Packing Activist
Nike and Kyrie Irving split up after antisemitism controversy
Alyssa Milano says she returned her Tesla because Elon Musk could have solved world hunger with the money he used to buy Twitter