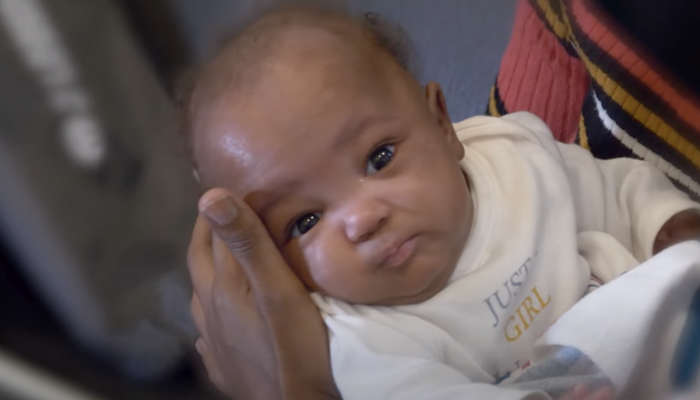 Apparently trying to save lives is a crime.

A couple in Philadelphia, PA recently credited pro-life activist Mark Houck with for helping them decide not to abort their child. Though Houck is a hero, his home was raided by the FBI and he faces the possibility of 11 years in prison and fines up to $350,000 if convicted.

Jadda and Markeem were told over and over that they should abort their daughter when they became pregnant at a young age. Markeem told Pro-Life of Greater Philadelphia that people told the couple they were too young, “Don’t have the baby, you’re not ready, it might not work.” All of which undoubtedly contributed to the couple scheduling an abortion appointment.

By God’s grace, Houck encountered the couple just before they walked in to abort their innocent child.

I had one hand on the door about to go into Planned Parenthood, and then Mark stopped us and he was like “You guys don’t have to do this.”

Those seven words drastically changed the life of not only Jadda and Markeem but their now infant daughter who wouldn’t have had a chance at life if it weren’t for Houck.

“Anybody can be a crutch but can’t nobody fix yours, and that’s what he did. He told us and made us feel like ‘We got this,’” Markeem said and then mentioned that Houck “opened my eyes to a lot of stuff.”

Jadda thanked Houck for his “extra push” that contributed to the couple staying together and the birth of her beautiful daughter whom was named Nevaeh which spells “heaven” backwards. Jadda said that her daughter has “nothing but God in her” and that she was “heaven sent, a gift straight from God himself.”

The pair also thanked the entire pro-life movement at large for the continued support, equating them all as “family.”

While this story is touching and moving to say the least, Houck had his home raided by at least two-dozen FBI agents carrying guns and shields, traumatizing Houck’s wife and seven young kids.

Houck’s wife, Ryan-Marie told the Catholic News Agency that her husband shoved a 72-year-old man back in 2021 after the man screamed obscenities in the face of Houck’s 12-year-old son.

The case against Houk was thrown out of Pennsylvania state court, but the DOJ picked up the case and initiated the arrest.

Presently Houck remains at home after being released on bail of $10,000.

SO a man who tried to protect his own son, saved Jadda and Markeem’s daughter Nevaeh, and probably many other children is in trouble  - but activists on the pro-abort side get away with murder.

MRCTV Associate Editor, Brittany Hughes pointed out the hypocrisy as such:

Notably, this is the same FBI that can’t seem to get to the bottom of dozens of attacks on pro-life pregnancy clinics across the country, many of which have been vandalized, firebombed, spray-painted, smashed in, or outright burned to the ground.

While it’s wonderful to see the beautiful gift of life that Jadda and Markeem received, it’s disheartening to see that their story is rare and going to become even more rare if the FBI and Biden Administration continue fighting relentlessly to keep abortion accessible and get rid of any pro-lifers that get in their way.

This is the reality of America today.