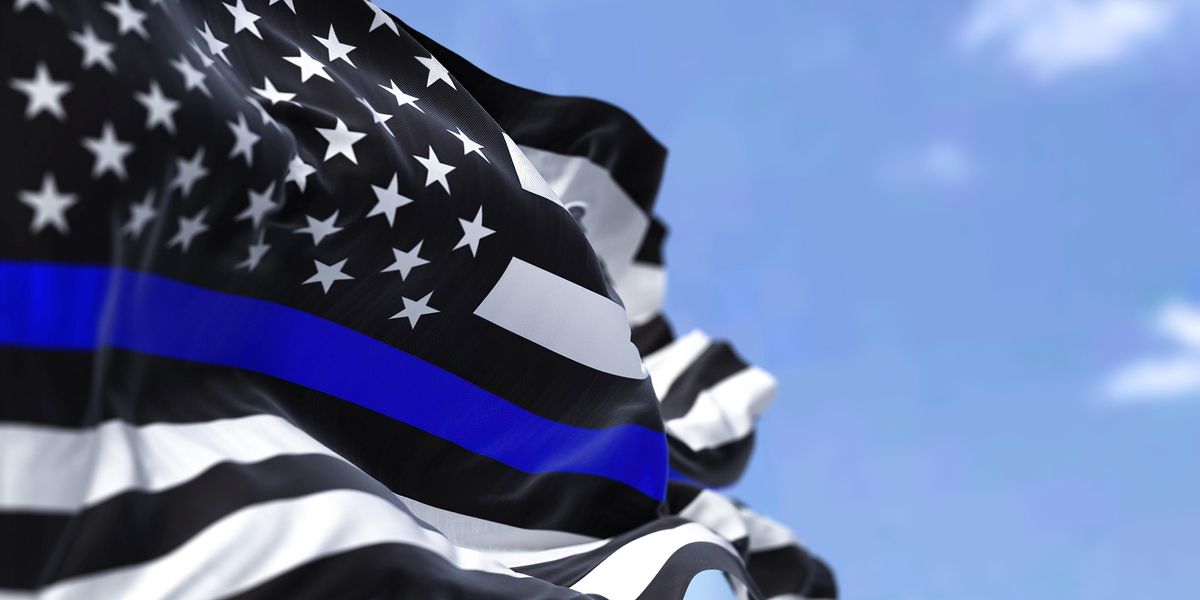 Parents and students at a local high school in Santa Clarita, California, organized a protest against the school board’s recent decision to bar the football team from carrying a pro-police flag onto the field during games.

Spectators at the Saugus High School football game Friday night wore T-shirts that displayed the banned “Thin Blue Line” flag and read, “THE BLUE HAD OUR BACKS NOW WE BACK YOURS!!,” the Los Angeles Daily News reported.

Last month, school administrators told the football team they needed to end their tradition of running onto the field with the Blue Lives Matter flag, calling it “divisive.” Some individuals had complained that the flag made them feel “uncomfortable and unwelcome,” according to Superintendent Mike Kuhlman.

“In deference to his commitment to inclusivity, kindness and respect (just loving people), and because the team never voted as a unit to carry this banner, Coach Bornn decided to discontinue this practice,” the superintendent announced in a letter to the community on Sept. 28.

But some parents and students criticized the decision, noting that an off-duty police officer saved lives in 2019 by responding to a school shooting at Saugus High School.

“It’s unfortunate,” said retired police officer Todd Cataldi, whose son plays on the Saugus football team. “These kids went through a lot when they were freshmen with the school shooting, and there are several kids on the team whose parents work in law enforcement and are first responders and want to show their support for them.”

There are those who believe the “Thin Blue Line” is a sign of respect meant to honor police officers who risk their lives to protect and serve the community. Others feel the symbol has become a statement of opposition to the Black Lives Matter movement, which began as a protest against police brutality but was co-opted by left-wing activists to support socialist causes and defunding the police. They claim that saying “Blue Lives Matter” is coded support for white supremacy, and therefore politically divisive.

“There is absolutely no reason for this image to be carried out onto the field by players or used on cheer blocks,” the post read, according to the Daily News. “Get loud. What message are we sending to our kids if we sit back and allow this divisiveness to continue. Do something! This is simply not a First Amendment issue.”

The superintendent’s statement recognized that the majority of community members support the police, but said both sides of the argument should be respected.

“Here are two statements that are true about the Hart District: 1) We support law enforcement and deeply appreciate their work to keep our community safe. 2) We foster a culture of inclusivity, kindness and respect,” Kuhlman wrote. “The controversy has generated strong feelings on all sides of this issue. Many of the loudest voices appear to be suggesting that we must choose to support one or the other of these two statements – as if they are on opposite sides of a political spectrum. I’d like to suggest that it is possible for our community to actively support both statements listed above.”

But some parents were dissatisfied with the school’s response and said the community should have been allowed to vote on the issue.

Adam Schiff Is Really Angry About The Possibility Of Being Removed From The Intel Committee (VIDEO)
Ken Burns Hysterically Warns of ‘Authoritarianism,’ ‘Nationalism’
Musk Suggests He’ll Make Internal Discussions on Twitter’s Hunter Biden Scandal Censorship Public
Young thugs — ages 12, 15, and 16 — punch woman in face after failing to steal her fanny pack. Same crew points gun at man, makes off with his cash, cops say.
Delta is making it harder to get into its airport lounges after they were flooded by travelers