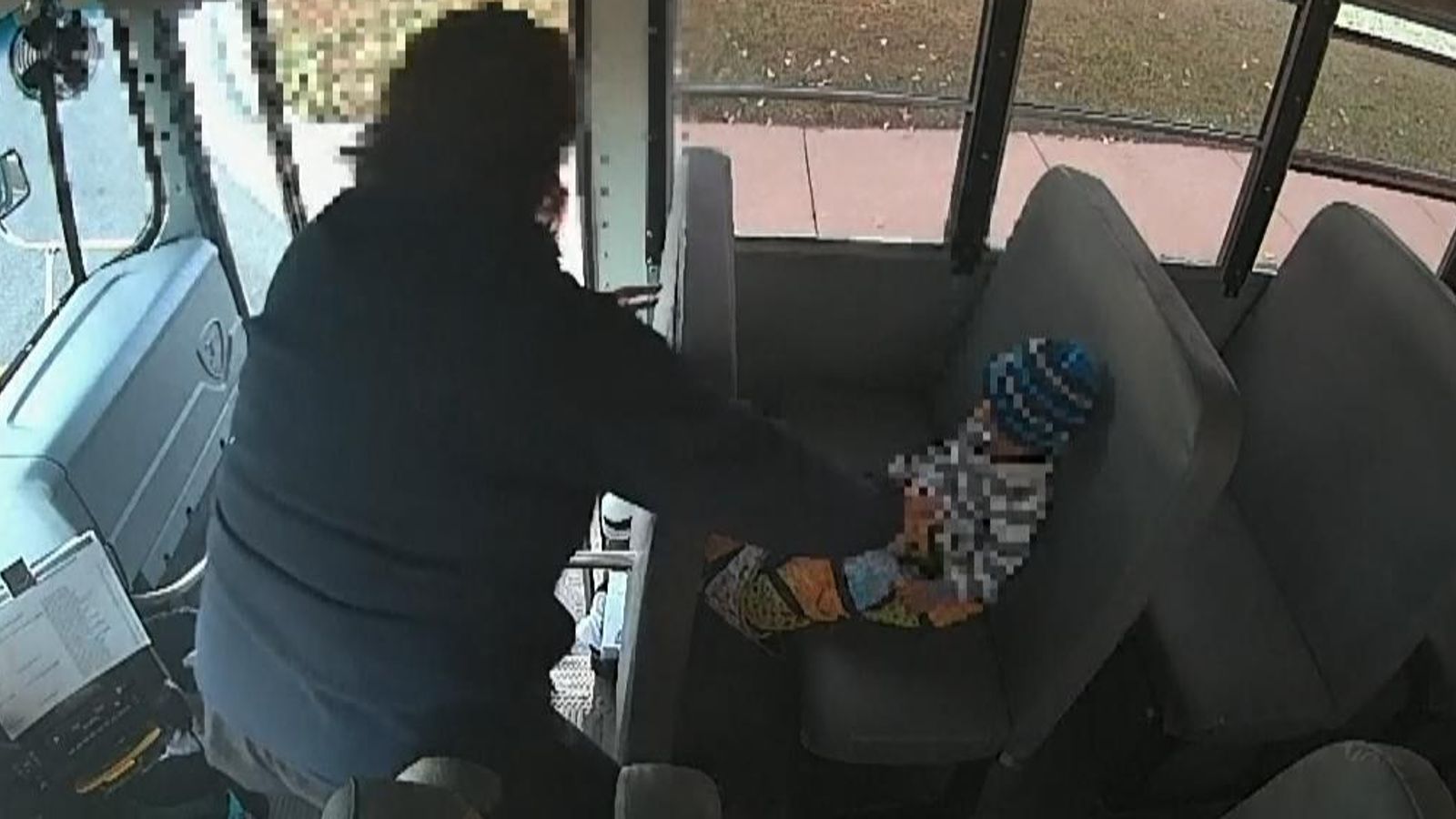 A two-year-old boy has been safely reunited with his family after their car was stolen with him inside.

He was taken in Grand Rapids, Michigan, as his parents were putting another child on a bus – and it was school bus drivers who helped find the boy.

Dave Skinner was on his route last Tuesday when he saw two people frantically trying to wave down cars – no one was stopping, but he pulled over.

Video has been released showing the father desperately urging: “Call the police… somebody steal the car with the baby inside.”

He called 911 and also contacted fellow bus drivers in the Kelloggsville area of the city to pass on the alert.

One of them realised she’d recently passed the boy, who had been sitting on a blanket on a driveway after being abandoned by the thief.

CCTV shows Sue Figueroa going back to rescue him – less than half a mile from where he was taken. At first he moves away, before she manages to win his trust and coax him into the vehicle.

He was later reunited with his parents.

“It was a good day and a good outcome,” said Dave Skinner.

The car was also recovered but police are still looking for the thief.

‘Reckless driver’ crashes truck into two cars at a Walmart. Police said it was a dog with a ‘guilty look’ on its face.
Alyssa Milano says she returned her Tesla because Elon Musk could have solved world hunger with the money he used to buy Twitter
Why This Graphic Designer Can’t Be Forced to Endorse Same-Sex Marriage
Police chief forced to quit after using position to escape golf buggy traffic ticket
Prince of Wales announces winners of Earthshot Prize – here are the five who scooped £1m