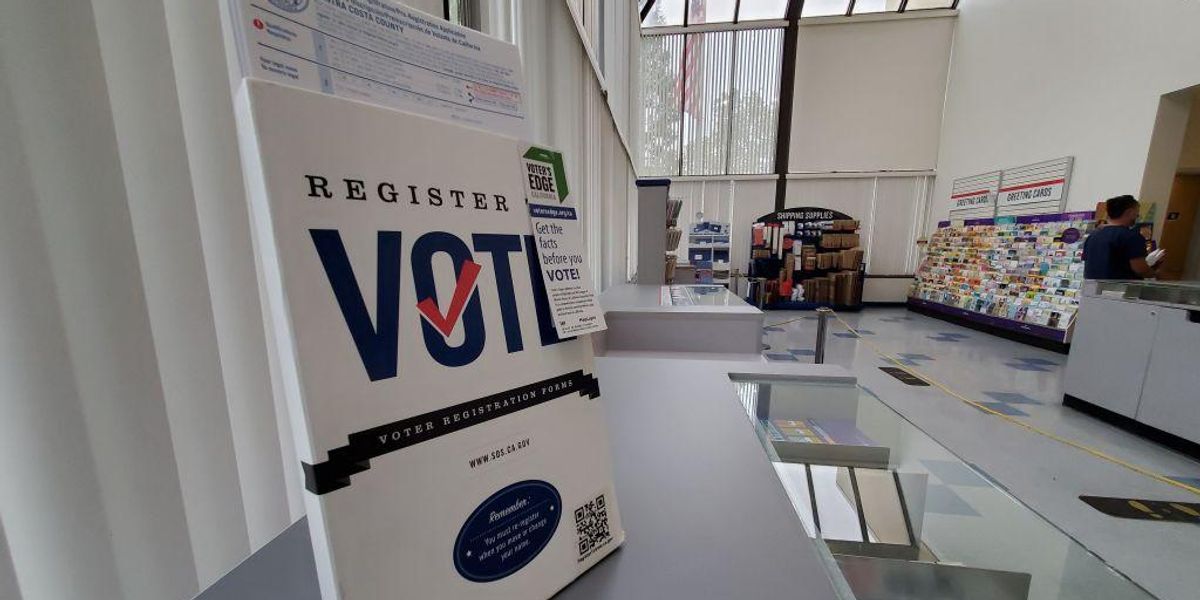 The Colorado Secretary of State’s Office admitted to mailing voter registration notices to 30,000 non-citizens last week. The office reported that the notices were sent in error and it is currently investigating what led to the mistake.

The postcards were meant to be sent to citizens with Colorado driver’s licenses who had not yet registered to vote, but were also sent to non-citizens.

The mailers were printed in English and Spanish and read, “Make sure your voice is heard this November.” They provided instructions on how to register to vote and information about eligibility requirements.

“The Department has become aware that approximately 30,000 EBU [Eligible But Unregistered] postcard mailers were incorrectly sent to ineligible Coloradans,” said a spokesperson for the Colorado Secretary of State’s Office. “The office is undertaking an internal review of the incident and will take any corrective action that is warranted.”

Colorado’s Secretary of State position is currently held by Democrat Jena Griswold, who said she is seeking a second term. Her office stated that it plans to send out another mailer to the ineligible Colorado residents, “reminding them that only those that meet the above requirements are eligible to register.”

The state noted that if any ineligible voters attempt to register, the voter registration system will automatically deny their application.

“The Department will also compare the list of approximately 30,000 individuals who incorrectly received the EBU mailer postcard to the statewide voter list on a daily basis to ensure none of those individuals register,” said the spokesperson. “County clerks refer illegal registrations to their local district attorney for review.”

The problem reportedly occurred when the office compared a list of potential unregistered voters from the multi-state organization Electronic Registration Information Center with local DMV records. The office stated that a formatting error caused the DMV system not to flag non-citizen driver’s license holders as ineligible.

Electronic Registration Information Center, known as ERIC, is a non-profit organization “with the sole mission of assisting states to improve the accuracy of America’s voter rolls and increase access to voter registration for all eligible citizens.” The group regularly reviews voter rolls to identify and remove people who may have moved or died.

As a member of the multi-state organization, Colorado must mail out voter registration notices to potential unregistered eligible citizens every two years. Currently, 31 states are members of ERIC, but this is not the first time the organization has faced scrutiny.

Louisiana previously revoked its membership, citing concerns raised by citizens and allegations made by watchdog organizations. The group was accused of “questionable funding sources and that possibly partisan actors may have access to ERIC network data for political purposes.”

“After reading about these allegations and speaking with election attorneys and experts, I have determined that it may no longer be in Louisiana’s best interests to participate in this organization,” said Louisiana’s Secretary of State Kyle Ardoin said. “It is vital that any legitimate allegation of voter fraud or possible misuse of our voters’ personal information is investigated. My job is to ensure that the data voters entrust to my office is protected.”