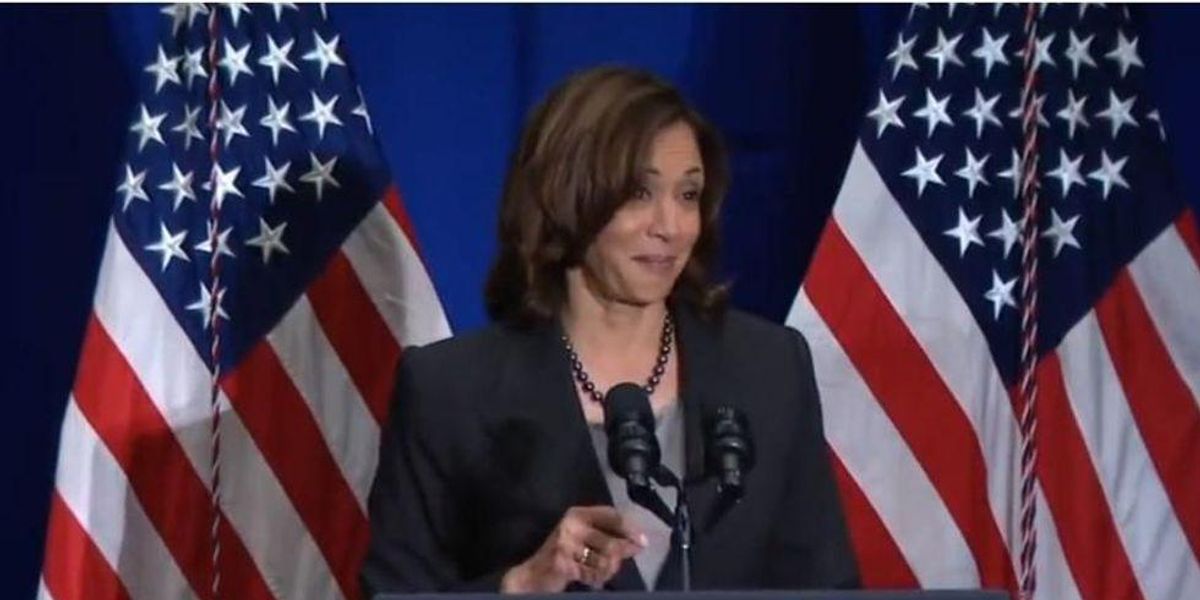 On the heels of President Joe Biden offering a blanket pardon for all federal inmates who are serving time for simple possession of marijuana offenses, Vice President Kamala Harris now claims that “nobody” should serve “jail” time for that same offense.

On Saturday, Harris spoke at a fundraiser in Austin, Texas, addressing various issues, including the marijuana pardons.

“And speaking of the system of justice,” Harris began, adopting what Bradley Cortright of Independent Journal Review described as a “bizarre mixture of a Long Island and southern accent.”

“We are also changing — y’all might have heard that this week — the federal government’s approach to marijuana,” Harris continued and then paused for effect.

“Because the bottom line there is nobody should have to go to jail for smoking weed,” she added, smiling as the audience cheered.

u201cVP HARRIS: “Nobody should have to go to jail for smoking weed.”u201d

However, Harris did not mention the fact that she personally sent nearly 2,000 Californians to jail for marijuana-based offenses between 2004 and 2011 while she was district attorney of San Francisco. In fact, many credit Tulsi Gabbard’s primary debate criticism of Harris’ record as D.A. as the moment that sunk Harris’ bid for the Democratic nomination for president in 2020.

“Now, Senator Harris says she’s proud of her record as a prosecutor and she’ll be a prosecutor president, but I’m deeply concerned about this record,” Gabbard stated at the time. “There are too many examples to cite. She put over 1500 people in jail for marijuana violations and then laughed about it when she was asked if she ever smoked marijuana.”

Though others put the total number of persons whom Harris incarcerated for marijuana at about 1974, Gabbard was right that Harris did laugh about smoking weed during a conversation with Charlamagne tha God in 2019. “I did inhale,” she admitted with one of her signature laughs.

Now in 2022, many on social media have ripped Harris for such a hypocritical about-face on the issue.

“Clearly, Kamala has forgotten her legacy in California,” said Mark Meuser, a Republican who is running for U.S. Senate for the state of California.

Fox News Digital claimed that Harris’ office had not responded to a request for comment.

CBS Swoons Over Obama Stumping for Warnock, Bringing ‘Zingers’ Against Walker
Remains of 4 dead babies discovered in Boston apartment
If You Really Wanted to Destroy US, You’d Do These 10 Things
NewsBusters Podcast: Free Beacon vs. the Biden-Friendly Press
Will Four Trumpet Playing Brothers Bring Harmony to the Broken 2020 Election?