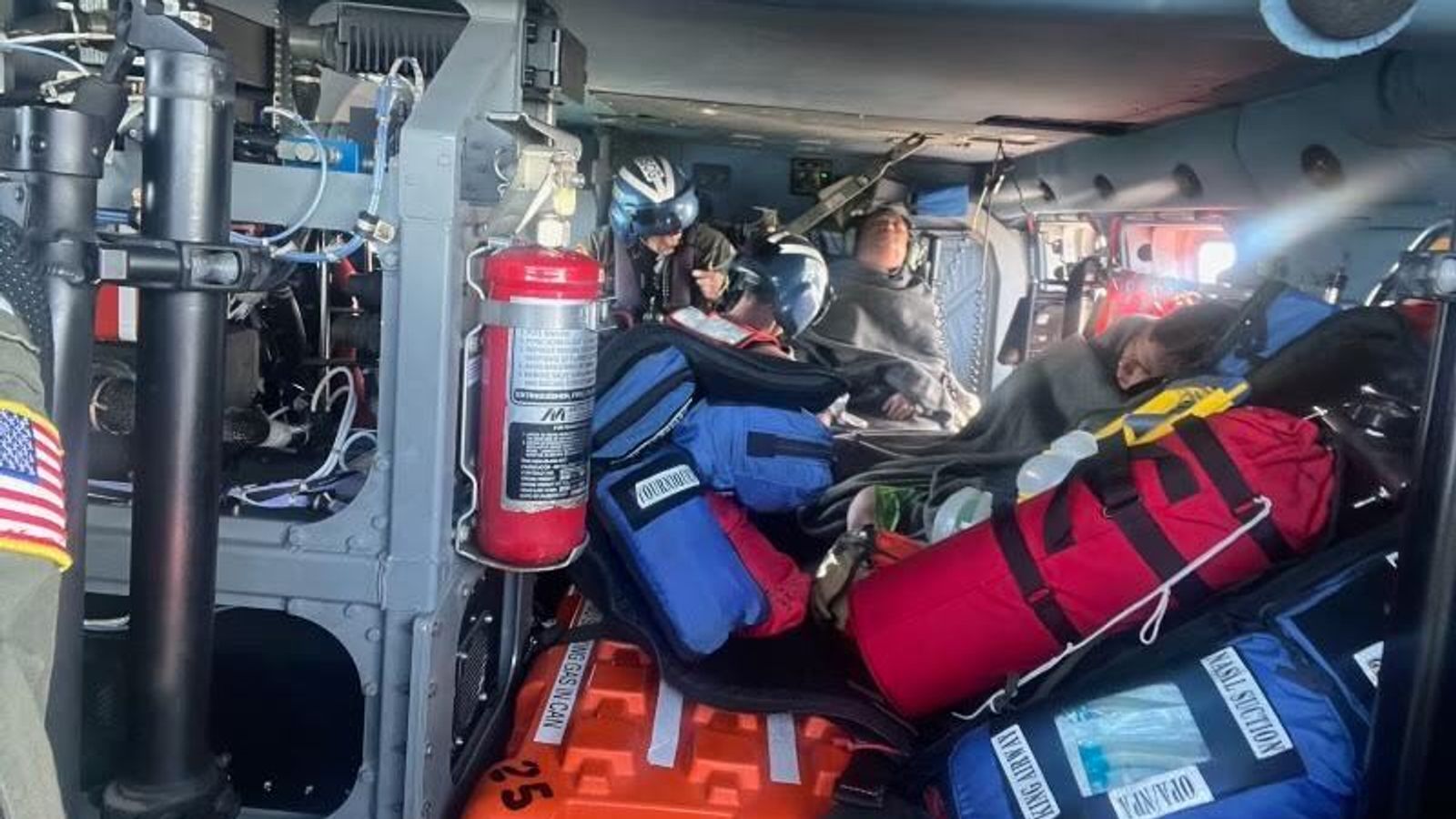 Three lucky fishermen have been rescued from shark-infested waters in the Gulf of Mexico.

The men had been stranded in the water after their 24-foot fishing boat sank at around 10am on Saturday morning, leaving them without any means of communication.

US Coast Guard Heartland said that two of the men were fending off sharks with their hands when a rescue helicopter arrived. They were later treated for shark bites and are in a stable condition in hospital.

After more than 24 hours in the water, all three were also at risk of hypothermia.

Dramatic footage from the rescue showed the men in lifejackets in the sea.

One man was hoisted out of the water by a helicopter, while two others were pulled onto a rescue boat, US Coast Guard Station Venice said.

The men were rescued around 25 miles from Empire, a small community southeast of New Orleans.

This sparked a search spanning 1,250 square miles – slightly larger than the state of Rhode Island.

In a post about the rescue on Facebook, the guard said they were “rescued just in the nick of time”.

Investigators have not said what caused the fishing boat to sink, The Sun Herald reported officials as saying.

How electric air taxis could shake up the airline industry in the next decade
Tesla is still dominant, but its U.S. market share is eroding as cheaper EVs arrive
Nets Skip Report Biden’s Afghan Withdrawal Was ‘Propaganda Boon’ for China
Don Lemon Goes Soft on Antisemitism: ‘Whether You Agree With Kyrie Irving Or Not…’
Returning to Pre-Trump ‘Dead Consensus’ GOP Would Be Big Mistake