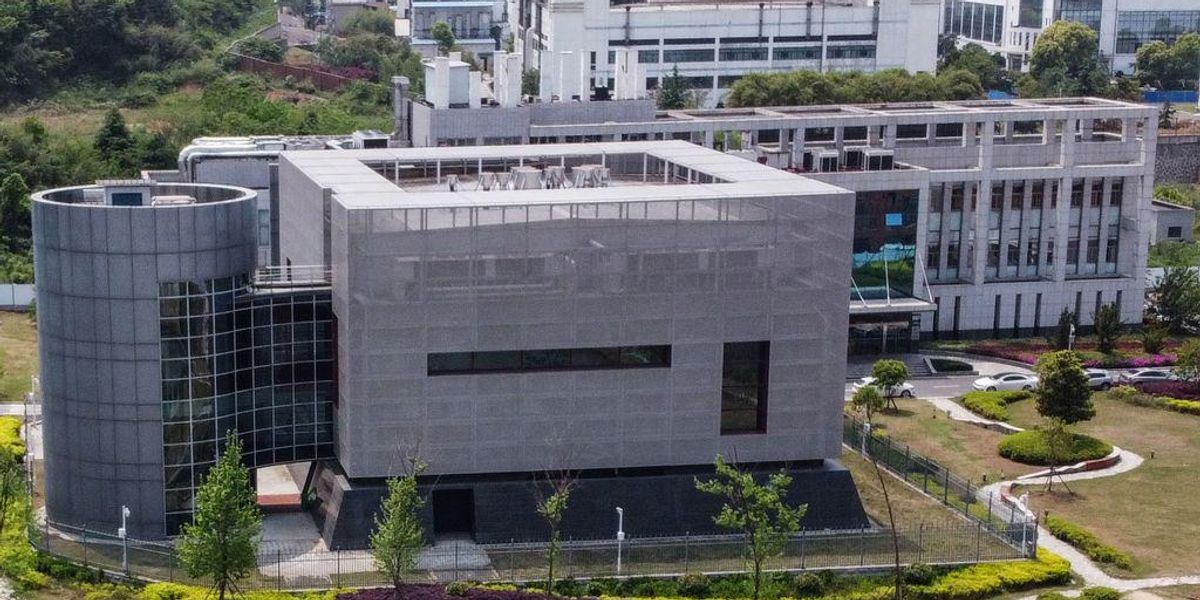 McGinn is a Senior Health Advisor at the Department of Homeland Security (DHS).

Hoffman is a Senior Research Fellow at the Food Protection and Defense Institute (FPDI) – a U.S. Department of Homeland Security Center of Excellence at the University of Minnesota. Hoffman also served in the U.S. Army – where he specialized in anti-terrorism and developing ways to protect military supply chain systems from attacks. Hoffman was also an advisor to the U.S. Department of Justice.

McGinn and Hoffman didn’t believe the narrative that the COVID-19 outbreak emerged from the Huanan Seafood Wholesale Market – better known as the Wuhan wet market.

The duo examined a Customs and Border Protection database that tracks goods entering the United States. They discovered that China began piling up PPE way before China notified the World Health Organization (WHO) about the outbreak on Dec. 31, 2019.

“You can go and look about three years back [at import data],” Hoffman told the Telegraph. “This is not the normal up and down that occurs.”

McGinn and Hoffman presented their findings to the Department of Homeland Security’s Countering Weapons of Mass Destruction Office. However, the government agency passed on an investigation, claiming that the information reflected typical PPE supply fluctuations.

Believing that they were on the verge of uncovering a potential narrative-buster, Hoffman then contacted HCA Healthcare – the largest health system in the United States that operates 211 hospitals and around 2,000 clinics. HCA Healthcare stated that the pattern was highly unusual.

An HCA Healthcare representative revealed that surgical gowns and drapes were in such short supply in late September 2019 that the medical necessities were on backorder.

Hoffman said, “I asked HCA folks if this had happened anytime recently. The answer was no — they could not remember ever seeing so much of this stuff on back order.”

The Telegraph reported, “PPE exports to the U.S. fell by around 50 percent between August and September of 2019, in a significant drop which raised alarm bells at key U.S. government agencies. China also started to buy up global PPE stocks in Europe, Australia, and the U.S. around the same time, experts said.”

Asher told the Telegraph, “It was a persistent uptick [of Chinese purchasing]. And it was significant enough that my colleagues at DHS heard about it from American companies that manufacture PPE, and most importantly from U.S. hospitals reporting they weren’t able to get the normal supply of masks, gloves, gowns, and goggles.”

The report added that China – the biggest manufacturer of PPE in the world – started “severely restricting” the export of medical gowns and masks months before the COVID-19 outbreak.

If China was hoarding PPE months before the COVID-19 outbreak, that revelation would give more credence to the Wuhan Institute of Virology lab leak theory than the wet market narrative.

Kanye West suspended from Twitter after sharing image of swastika and praising Hitler
REPORT: Top Aide To John Fetterman Is Outspoken Court-Packing Activist
Another Biden Family Corruption Cover-up Is Unraveling
What I Learned in My Time With Chairman Bernanke
William and Kate met by pockets of booing and sit through awkward lecture as race row clouds visit