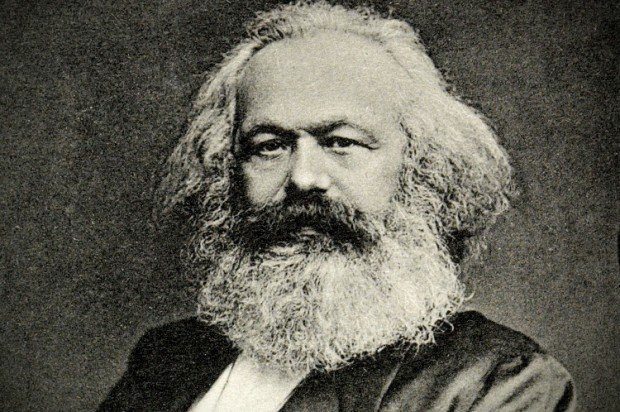 I recently had occasion to re-read Karl Marx’s seminal Communist Manifesto. It had been nearly twenty years since my first reading of the text in graduate school and I remembered little beyond class antagonisms, Marx’s materialism, and the exploitation of the proletariat. But the ongoing crisis in Venezuela led me to once again reflect on the Socialist and Communist Philosophy underneath the unfolding crisis.

At a mere 60 pages, the Manifesto is surprisingly light compared to most canonical philosophy. After expounding on the history-shaping role of class antagonisms and the formative nature of production within society, Marx gets into the details of what it takes to form a new Socialist society.

It is in the second section of the Manifesto that Marx notes ten measures required for bringing about a Socialist State. These include the abolition of private property and the abolition of inheritance rights. Marx then calls for the centralization of both production and credit in the hands of the State.

Even more, he calls for the State to wield an “exclusive monopoly” on all credit and all means of production. Number six on the list asserts that all communication and “transport” is to be centralized and controlled by the State. Whereas, measure eight notes that there is an “Equal obligation of all to labor” with “industrialized armies” established for the carrying out of necessary labor.

Marx recognizes that these measures cannot be achieved peacefully.

“Of course, in the beginning, this cannot be effected except by means of despotic inroads on the rights of property,” he writes.

In other words; by force. Force is concentrated in the hands of the State and then leveraged to bring about a new Socialist order.

What rights do individuals have to protect them from all the power Marx’s Socialist State wields? Beyond the rejection of the right to property, the right to free speech, the right to non-State controlled information, the right to choose one’s labor, or the accumulation of individual wealth, Marx says nothing about what rights citizens of this new State do have.

Marx offers only a vague allusion to a “vast association of the whole nation” that somehow negates the need for constitutionally guaranteed rights or democratic processes.

What is worse is that Marx’s Socialist State is so singularly powerful that there is no recourse for citizens once power has been centralized. Marx’s expectation of the relinquishing of power into this “vast association” is not given a mechanism by which it is supposed to happen. The crucial step by which Marx’s Socialist power becomes one of the people rather than one of the State is not even spelled out on paper.

The disturbing reports coming out of Venezuela’s significant and widespread human rights violations were not that Socialism was misapplied, poorly executed, or misunderstood.

It was, step by step, the implementation of Marx’s Socialist State as called for by Marx himself.  From the early attack on private property and the redistribution of wealth to the nationalization of communication, energy, finance, and industry, we see Marx’s call to centralize power to the State. Marx’s belief that the Socialist State would not wield that power simply for power’s sake was a grave miscalculation.

Marx’s call to centralize so many key functions to the state so empowers the state that there is no check or balance to that power. We cannot be surprised that Marx’s State does not wield that power to the benefit of any but itself; to the sustaining of the system that so feeds it. There is no ideology that will protect a people from abuses of unchecked power. History has tended to show that ideology is irrelevant. Where power has been amassed and unchecked, it has been abused. These are facts of human nature so embedded in history that they ring more true than any other.

So long as we continue to point fingers at all causes beyond the philosophy itself, we allow society to continue its romance with Socialist and Communist Ideology. We fail to see where the ideas themselves set the stage for the retraction, rather than expansion, of human freedom and flourishing. We fail to see Venezuela before Venezuela happens.

Virginia Restaurant Kicks Out Family Foundation Over Abortion, Traditional Marriage
Evidence of Collusion
Biden declares there are ‘more important things going on’ when confronted about ignoring border in crisis
EXPOSED: Joe Biden’s Shameful Complicity With Anti-Semitism in His Party
Delta pilots would get more than 30% in pay raises under new contract deal