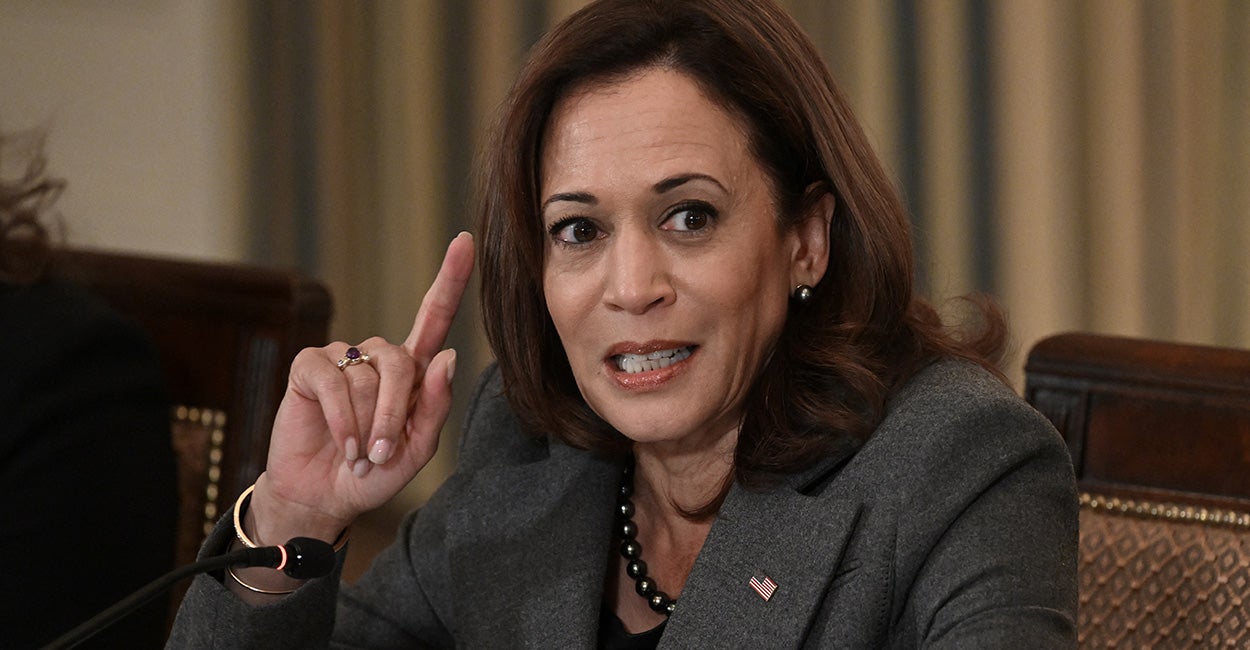 Fresh off an embarrassing gaffe in South Korea, in which Vice President Kamala Harris praised the United States’ strong alliance with North Korea, she is at it again—albeit without gaffes but with a striking comment emblematic of our country’s divide over racial issues.

At a Sept. 30 event organized by actress Priyanka Chopra, during which she interviewed Harris, Chopra posed an incredibly loaded and convoluted question concerning the United States’ climate objectives and the hurricanes that have wreaked havoc on parts of our nation.

“(When) we consider the global implications of emissions … the poorest countries are affected the most. They contributed the least (to the climate crisis) and are affected the most,” Chopra said. “So, how should voters in the U.S. feel about the administration’s long-term goals when it comes to being an international influencer on this topic?”

After some time unpacking the first long part of Chopra’s question, Harris responded: “On the disparities … it is our lowest-income communities and our communities of color that are most impacted by these extreme conditions and impacted by issues that are not of their own making … And so, we have to address this in a way that is about giving resources based on equity, understanding that we fight for equality, but we also need to fight for equity. Understanding not everyone starts out in the same place. And, if we want people to be in an equal place, sometimes we have to take into account those disparities.”

That’s right, the vice president of the United States stated that disaster relief should be distributed based on “equity,” not necessarily need—and that low-income communities and communities of color should receive aid first, evidently regardless of the urgency of their situation. The White House the same day released a “fact sheet” listing the administration’s response to Hurricane Ian, and President Joe Biden on Monday visited Puerto Rico, hit hard by Hurricane Fiona.

But let’s deconstruct Harris’ comment, since the left is in damage-control mode trying to offset criticism and online posts chastising Harris and to brand Republicans as liars and somehow make them out to be the offenders in this situation. Harris said unequivocally that low-income and minority areas are disproportionately affected by “extreme conditions” and that we must allocate resources based on “equity.”

So, let’s put a stop to any debate and, instead of defending Harris simply because you support the Biden administration, let’s call out a dishonorable comment when we hear it. This argument for “equity” in the context of disaster-related resources is not a recent development among those on the far left. The argument for equitable distribution of resources is prevalent in several aspects of progressives’ ideology. For example, I’m sure you’ve heard the calls for more “diversity” in the workplace and on company boards, or in leadership in Congress, on the Supreme Court and throughout the judiciary, generally. And let’s not forget “affirmative action” in colleges and universities, too.

The merit-over-race debate has been discussed ad nauseum. Clearly, society benefits more when the most qualified individuals occupy influential positions. To establish a fairer, more egalitarian nation, we do not need to tokenize women and individuals of various colors or sexual orientations. We need to level the playing field when it comes to achieving success, not hand out fast passes. As they say: equality of opportunity, not outcome.

Death knows no color. In times of disaster, everyone—no matter their race—is entitled to aid. The logical conclusion of Harris’ charade is that soldiers will airdrop supplies to minority and low-income communities that are otherwise stable, while wealthy, white community members may be left to drown or starve. I think we’ve seen this play out before.

Unquestionably, prejudice and racism have afflicted our nation for many decades. Yet, in the grand scheme of things, we were able to address it—and each year we improve at this effort. The shift toward solving the problem did not result from giving people handouts or preferential treatment, but rather from providing minorities with access to education and resources so they could be well-rounded, educated individuals capable of becoming leaders and assuming specialized occupations.

We do not need to deprive certain people of help in times of need, or of the opportunity for advancement. We need to play by rules that are fair for everyone, no matter their background.

Have an opinion about this article? To sound off, please email letters@DailySignal.com and we’ll consider publishing your edited remarks in our regular “We Hear You” feature. Remember to include the URL or headline of the article plus your name and town and/or