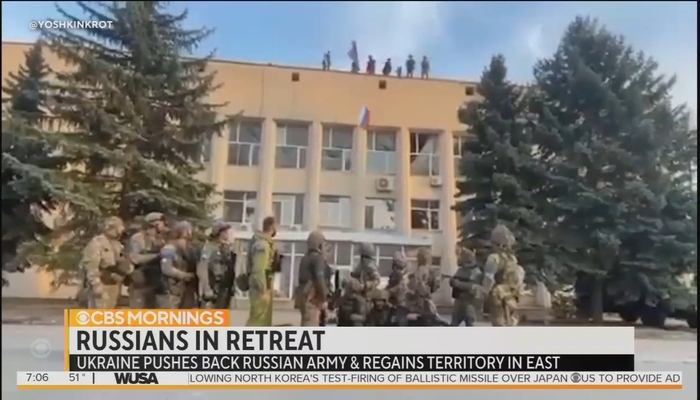 Their disastrous performance puts me in mind of an appearance I made on CNN’s “Capital Gang” on Dec. 2, 1989. That was 33 years ago. The show featured Bob Novak, Pat Buchanan, Al Hunt, and Mark Shields, and all were in general agreement. They thought the Cold War was going to continue, apparently unto eternity. The lone dissenter was me. President George H.W. Bush had just met with Russia’s President Mikhail Gorbachev in Valletta, Malta, and their meeting went swimmingly, or swimmingly enough. To the consternation of my fellow guests, I said the Cold War was over. On Dec. 4, two days later, Gorbachev agreed with me. He told The New York Times that “many things that were characteristic of the Cold War should be abandoned.” Incidentally, I was never invited back to “Capital Gang.”

I do not know who the gangsters on “Capital Gang” used for sources, but I always checked my sources thoroughly before appearing on television. This time all my sources agreed. The Cold War was finished. The problem was that the Red Army’s generals were convinced that continuing the Cold War would bankrupt the Soviet Union just as Ronald Reagan had predicted when he launched the arms race a decade earlier. The problem was the Communists could not machine parts to compete with the free market’s output. The Cold War was over. The news from Ukraine suggests that Russia never caught up with the West.

It tried to catch up, but it failed. So, it relied on stealing weaponry from the West, mainly from the USA. Apparently, that was not good enough. Russian spies were not as productive as Western technology. Time and again throughout the Cold War the West would move ahead in technology and the Russians would steal the West’s secrets to catch up. It worked occasionally, but in one area, their stealing was utterly futile the microchip. When Moore’s law came into play in the 1980s, the West’s advantage became increasingly apparent — apparent and invincible. Moore’s law predicted that the processing power of chips would grow exponentially, leaving the Soviets’ capacity to replicate Western chips and other advances far behind. Today Western advances are dwarfing Russian developments.

The development of the HIMARS as a battlefield weapon is illustrative. HIMARS stands for High Mobility Artillery Rocket System. It is a truck-mounted weapon capable of launching highly accurate rockets and sending them far behind Russian lines. We have made them available to the Ukrainians who have struck more than 400 targets with deadly devices. Gen. Mark Milley, chairman of the Joint Chiefs of Staff, has confirmed the sale and averred that they have had a “devastating effect.” From a Russian journalist at the scene of a recent HIMARS attack on a Russian ammunition dump came a more emotional assessment: “The situation is horrible,” he said.

For 50 years, with the help of Moore’s law and the technological know-how to use it, the Western powers have been developing superior weapons while the Russians have been copying filched weapons that, by the time they were brought back to Russia, were probably already dated. The Russian military understood that it could not keep up with the West in such endeavors as machining parts in 1989, and apparently, it understands today that the situation still has not changed. The simple fact is that the free-market system, working in a free society, is more innovative and productive than the statism of Russia. My spies again tell me that it is the military that understands once again Moscow’s predicament.

Back in the 1980s, a Russian general understood that the computer chip and sensor and communications technologies were revolutionizing war. Gen. Nikolai Ogarkov, chief of the Soviet General Staff, predicted that “long-range, highly accurate, terminally guided combat systems, unmanned flying machines, and qualitatively new electronic control systems” were on the horizon. Yes, Ogarkov, but how could Moscow adapt its vision to Putin’s economic model?

R. Emmett Tyrrell Jr. is the founder and editor-in-chief of The American Spectator. He is a Senior Fellow at the London Center for Policy Research and the author most recently of “The Death of Liberalism,” published by Thomas Nelson, Inc.